Hello & welcome back to A Look at Disney. Â And well, I gotta be honest here and say that today’s article is a topic that I’ve gone back & forth over on whether or not to cover it for over a year. Â As has been discussed in the past, Â Disney in the foreseeable future doesn’t have any plans for any hand-drawn films and while I do mourn that loss, I still do enjoy their CGI Â output. Â However, Â I’ve noticed a small but vocal group of Disney fans are willing to spew hatred towards Disney’s computer-animated films, just because they aren’t hand-drawn. Â The big thing that drew my attention was a group dedicated for hand-drawn Disney films on Deviantart. Â (I know I shouldn’t take DA groups so seriously) Â and the first image that you see, when you go to their page is this.

Now look I get that this is a group dedicated solely to hand-drawn films but seeing an image of posters for Disney’s CGI films with a giant Do Not sign over them is rather off-putting. Â Now I know that something like this shouldn’t bug me so much but the thing is Â that this image dredges up memories from another site, where I had the misfortune of chatting with the young gentlemen that ran this group. Â About a year or so ago, I joined the Disney forums, DVDizzy, Â and a couple months after I joined, a new member joined and rarely had anything positive to say. Â Always spewing his hatred of CGI films everywhere and putting down both the fans that loved these movies and the teams that worked on them. Â  I once asked this young gentlemen in the Walt Disney Feature Â Animation thread, this question.

Say that Tangled and Frozen were hand-drawn but had the same characters, same actors, same stories, and same songs, would you still hate these movies?

And this was his reply

Well if they were hand-drawn they would be proper Disney movies, so I guess not.

The thing that really Â got under my skin was the part about proper Disney movies. Â Look, Â I love hand-drawn animation as much as any Disney fan but shouldn’t there be other things to take into consideration with what makes Â a Disney movie (or any movie for that matter), a good movie? Â Yes, animation is one element to be considered and I would say not just the type of animation being used but how well, the movie is animated. And if you ask me, Â some of Disney’s CGI film are Â animated pretty well. Â  And what about the characters? Â  Again, Â Disney’s CGI output had given us some great characters. Â And two of my favorites. Â Anna and Rapunzel, anyone? 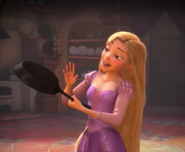 And lest we forget the film’s story. If the film fails at capturing the audience with it’s story. Â It has failed as a movie because the story is easily, one of the most crucial elements of a film. Â  And Â I’ve seen hand-drawn films from Disney that had a bad story, unlikable characters and bad songs. Â Ahem… 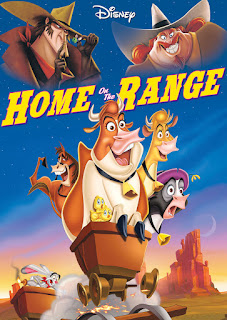 I am not not trying to attack this person but Â I more question this stance. Â Again, people don’t have to like Disney’s CGI output but to make statements such as saying they aren’t proper Disney movies, just leaves me baffled. Â From where I stand, most of the new films in this Revitalization Era (As I like to call it) do feel like proper Disney movies. Â And honestly, that term is so narrow because who gets to decide what is and isn’t a proper Disney movie? Sure, we as fans as may have Disney movies that we don’t like such as I loathe Sleeping Beauty. I consider it one of the worst Disney movies of all time but having said that I would never take away someone else’s enjoyment of it by saying that it’s not a proper Disney movie, just because I personally don’t like it. Â Shouldn’t it be left up to Â the studio to decide, what they think is a proper Disney movie and by that, I mean what they consider part of Â the Disney Animated Canon.

I apologize if I bored you with this article but this is something that I felt needed to be said. Â I think that at the end of the day, Â we as fans of Disney movies can love and cherish these movies or hate them if we don’t think they’re very good but we do not have the right to decide what is and isn’t a proper Disney movie. The only people that should be allowed to make that decision are the employees at Walt Disney Animation Studios and according to them, Â Chicken Little, Meet The Robinsons, Â Bolt, Â Tangled, Â Wreck-It Ralph, Frozen, & Big Hero 6, Â are considered proper Disney films. Â And you know why that is? Â Because they always have the Walt Disney Animation Studios logo such as the one that debuted in front of Tangled. 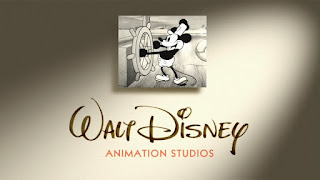 Again, it was never my intent to attack this person but more question this belief and Â in a detailed manner break down, why I don’t agree with it, Â It’s just that this is something that had bugged me for a while and it recently popped back into my head. There are other circumstances that led me to writing this article but I’d rather not dwell on them here. Â What are your thoughts on this? Let me know in the comments. Peace!