Games that never saw the light of day (Archive)

Note:This is a blog article from my days doing Video Game Videos. I did occasionally do a written article on my site.If this article does well here I may consider putting my other written reviews here.
Some games like Duke nukem forver of starcraft 2 have a long development cycle but are eventually released to glowing reviews or scathing hatred. However some suffer development hell and never make it to the retail stores. In this article were going to name various games that were never released. 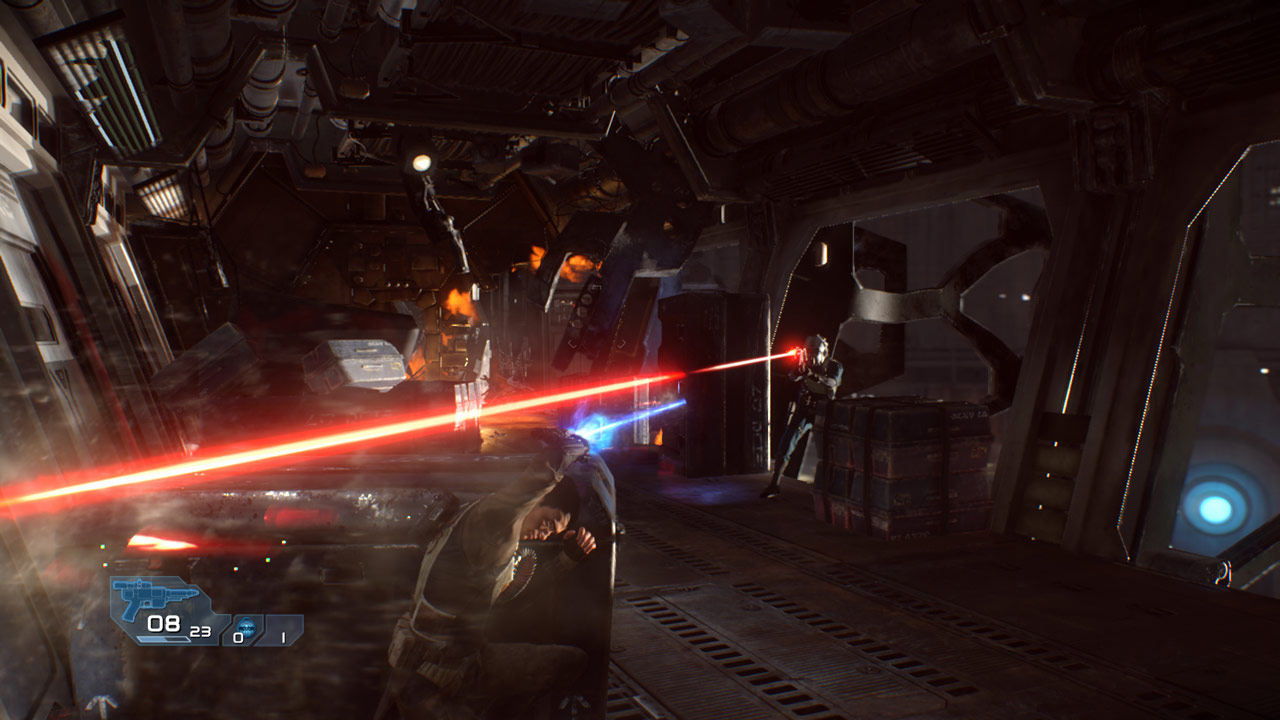 Tell me if this doesnâ€™t urge you to play it. A star wars game that chronicles Boba Fettâ€™s early days in an underground area of coruscant home to most shady characters found in the star wars universe. Wanna play it donâ€™t ya. Well tough luck Disney took you hopes and dreams away by shutting lucasarts down when buying the star wars rights. A real shame that this was cancelled; Boba Fett was my favourite side character in the star wars trilogy and a game where you play as a bounty hunter sound pretty exciting for the most part. Oh well looks like itâ€™s back to the old republic for me.

During the development of Resi 4 there were certain builds of the game made to determine what gameplay style would be best suited. Originally the first Devil May Cry was going to be Resi 4 however it was made into its own franchise since Resident Evil Creator Shinji Mikami felt it was more action based rather than horror. One of the most well-known builds is the â€œHallucination Biohazard 4â€ version.Â  Summed up it has the fixed camera angle haunted house scenario with a few changes. One of which saw the main hero Leon Kennedy battle supernatural creatures rather than zombies. One creature that most people remember from the build is â€œThe Hook Manâ€ who comes out of a painting and will hunt Leon down. For some reason this version was scrapped due to the technical limitations of the current generation of consoles at the time (PS2, Xbox, GameCube). My best guess is that one reason this build was scrapped is because it feels more like a silent hill or alone in the dark type game.
Â
Streets of Rage 4

If you had a Sega Mega Drive back in the 1990â€™s, you would definitely have Streets of Rage cartridge in your collection or maybe it was Golden Axe I dunno. While I do enjoy playing these games with a friend or a relative in my case a 30 year old uncle who played it due to a nostalgic feeling. The trilogy is solid enough for any mega drive owner but if you had a dreamcast in the late 90â€™s then one game was one your mind, Streets of Rage 4. A Demo was made during production showing the main protagonist who looks like axel fighting of a group of enemies, IN 3D!!!! Changes in gameplay were apparently bee planned, including the introduction of new team attacks and a new first person perspective. Unfortunately management at Sega America didnâ€™t feel this would be a hot seller in the state an ultimately the project was cancelled. The demo of the game was leaked and found its way online for all to see.
Â
StarFox 2

Personally I donâ€™t consider myself to be a Nintendo fan however there is one franchise I love to play on any Nintendo system, Starfox. My most nostalgic memory has to be with starfox command on the DS. But most Nintendo fanboys cry over the cancellation of Starfox 2 back in the mid 90â€™s. Back in the day there was a lot of hype for the game even getting articles on Nintendo power showcasing the graphical capabilities of the SNES. All was going well until the release of the N64 which caused starfox 2 to be shelved and remade into starfox 64. From video footage of gameplay the game It grabbed my interest it looked like the mass effect 2 of the franchise and a good way to end the SNES lifespan. When asked about the reason for canning the project Nintendo did not respond that is until star fox 2 programmer Dylan Cuthbert came out and said:

â€œStar Fox 2 was fully completed. I was the lead programmer and while Giles madeÂ Stunt Race FX, myself and the rest of the original Star Fox team (ie. Nintendo’s artists and designers) expanded Star Fox into a full 3D shooting game. The reason for non-release was the then impending Nintendo 64 which of course was intended to be released a lot sooner than it actually was. Miyamoto-san decided he wanted to have a clean break between 3D games on the SNES and 3D games on the new superior 64-bit system. In retrospect, he could have released Star Fox 2 and there would have been over a year and a half before the N64 came out. But hindsight is always 20/20. If you look hard enough you can find translated builds of it somewhere online. I have heard that Starfox command is a sequel to the original starfox but most gamers know the real truth behind the development. â€œ-Dylan Cuthbert.

When you think of games based on movies you smell the stench of disaster. Very few times to games based on movies ever become half way decent e.g. Peter jacksonâ€™s king kong. One example and another which is further down the list is Dirty Harry. Clint Eastwood was to return to play Harry along with a story following the plot of the film with Harry trying to find a serial killer, Scorpio. It would take place between â€œDirty Harryâ€ and â€œMagnum Forceâ€ with the aim to give more depth into Harryâ€™s Character. It was announced for a 2007 release for the PS3, Xbox 360 etc. But as you would expect the game was cancelled due to â€œTroubleâ€ at the developers, The Collective. From the trailer I saw on PSW magazine (the days when magazines gave free DVDâ€™s before the internet) it looked promising, sadly it will never be. 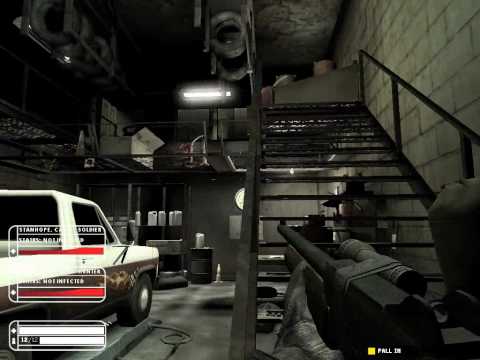 If I was to say that irrational games was going to do a zombie survival game you would be all ears. Well before they were designing junkies underneath the sea, irrational had the idea to make a survival based zombie game where the player would have to use strategic attacks to overcome enemies and to add a cherry on top was the co-op play. As soon as Left 4 Dead came out it quickly made the production irrelevant for irrational. Not much else say except for the fact that build exist if you look hard enough along with gameplay footage out there somewhere. 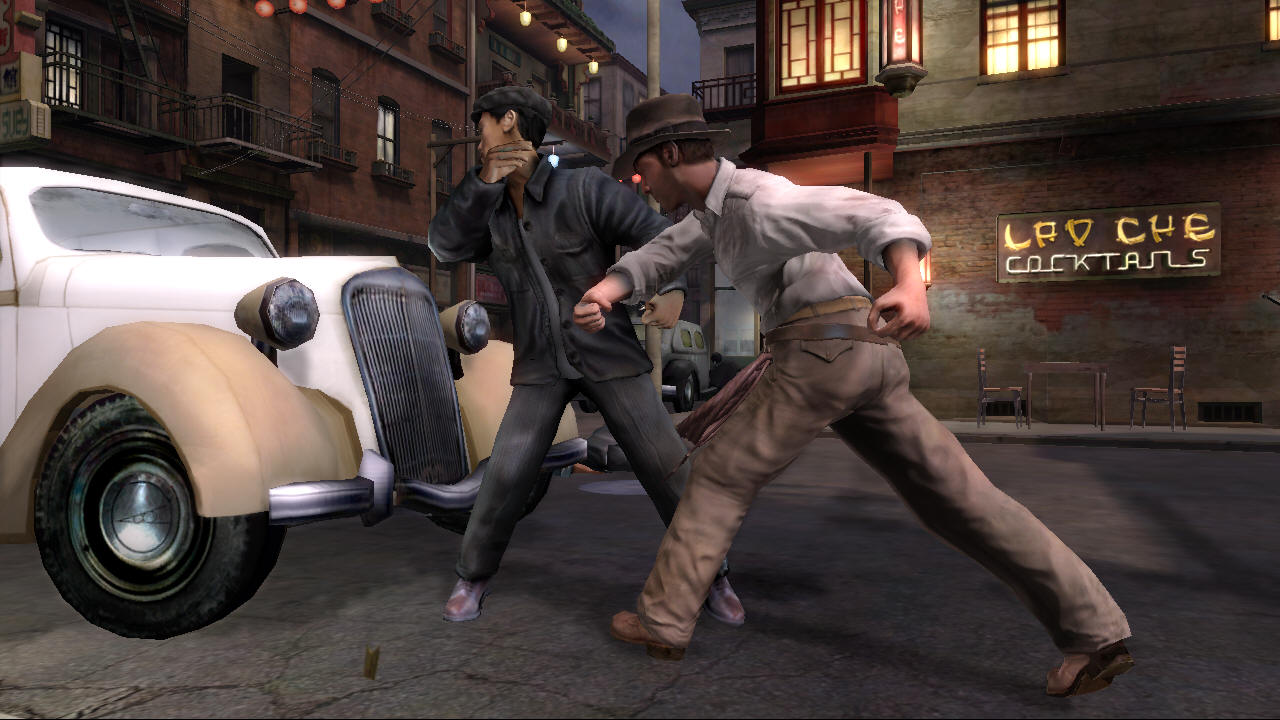 To be honest I couldn’t really find that much research on this one since there is little to be found on fan made wikiâ€™s. All I could find was a trailer for the game (found below) and a few side notes on the engine, Euphoria. Basically this game was developed by Lucasarts back in the late 2000â€™s to be released for a summer release in 2007 for the 7th generation of consoles (PS3/Xbox 360) . Indiana Jones game was made to showcase the latest graphics engine made by Lucasarts. Finally it was quietly cancelled and euphoria engine was the remnants of it but she was put to good use powering a lot of Rockstars games e.g. Red Dead Redemption, Grand Theft Auto IV, and Grand Theft Auto V along Lucasarts who would use euphoria to power their Force Unleashed games. The gameplay was more a brawler based games sorta like god of war but not as cool or badass. Shame this had to be cancelled with proper revision we could have gotten something good but unfortunately thatâ€™s not going to happen.

Sorry to see these games will never flourish but hey we can only remember what they were to be. But in the words of Walt Disney:â€Keep moving forwardâ€.Â