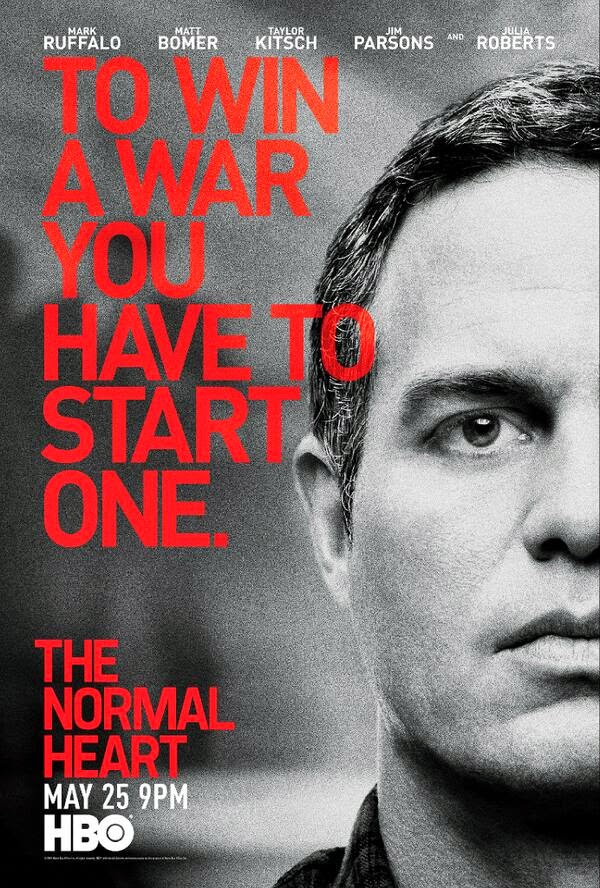 Based on the Play By: Larry Kramer

A Real Tearjerker
I am not usually one to come away crying from a movie. Crying multiple times during a movie is nearly unheard of for me. So the fact that this movie pulled all the right heart strings to make me do so is beyond amazing. And why wouldn’t this movie move me? The subject matter isn’t happy and so neither is this movie. It is a time of history that needs to be remembered even though it is painful to do so. I’m only 27, as of viewing the movie, so I didn’t have personal experience with the time period. I’d probably have left the movie with even more tears than I did if I were older.

Nice Bit of Continuity
There is a shot near the beginning of the movie where people are dancing and the camera eventually ends up looking at Ned who is just watching. He seems like he wants to join but he just doesn’t have it in him to. That’s basically me at parties and why I don’t go to them for the most part. So I connected with Ned in that shot. Near the very end of the movie, right before the credits, there is the same basic shot of people dancing and the camera eventually ending up at Ned. But the feelings of both shots are completely different. It is a wonderful and haunting bit of continuity.

Ned’s Tactics
Ned is a character that sees a goal and fights for it. He can’t help but fight. This does mean that he angers his allies just as much as his enemies. Though his fighting may seem very strong it is his copping mechanism. He is afraid of failing so much that he acts strong so that he’ll believe it and not become weak. His anger, though, is applied to his opponents and people he believes are bullshitting him. Ned can be a very kind and caring person to those he likes.

Final Thoughts
There is so much that can’t be covered in a short review like this. My written reviews, like this one, are meant to look at what I consider the most important parts, and sometimes the only ones I can really remember, and not analyzing every little detail of the movie. So there is a lot I couldn’t cover here. Jim Parsons does a great job. I am used to him playing Sheldon on The Big Bang Theory and so couldn’t help but think of that while watching. This film came on my radar because Mark Ruffalo is in it. He is a great choice to play Ned. Plus Ned can be so adorable at times like when he is having his first dinner date with Felix.