What happens when you combine ultra violence, an 80â€™s setting, a top down perspective and fast & fluent gameplay? Well a lot of things really, but also Hotline Miami.

Developed by Dannoton games, Hotline Miami was released in 2012 on pretty much everything except a Casio Calculator. The game was a hit, with a perfect blend of fast paced and challenging gameplay, a surreal plot and plenty of unlockables, it has a surprising amount of replay value. And when I say challenging I mean challenging this is balls to the wall difficult, but certain missions piss you off just enough that you cannot stop until you show the game whoâ€™s boss. If thereâ€™s one way to describe the tone (without mentioning the violence), it would be best described as looking like a fever dream, itâ€™s disengaged from normality in most places and shocking in others.

Itâ€™s now 2015 and the hotly (see what I did there) anticipated sequel has hit the electronic shelves. Hotline Miami 2: Wrong Number is once again developed by Dannoton game and is set both before and after the events of the first installment, but I canâ€™t really say too much without giving away certain plot details. But that doesn’t mean I canâ€™t at least tell you the setupâ€¦ (in the present) itâ€™s been roughly two years since â€œJacketâ€™sâ€ killing spree, he has since been apprehended, facing trial but despite him seemingly destroying the Russian Mafia it has not improved the cityâ€™s fortunes, it has become seemingly desensitized to violence and has even led to the formation of a group of copycats or â€˜Fansâ€™ and even a film based off of â€œJacketâ€™sâ€ exploits. However many characters are having dreams similar to that of â€œJacketâ€, these even include the presence of â€˜Richardâ€™. 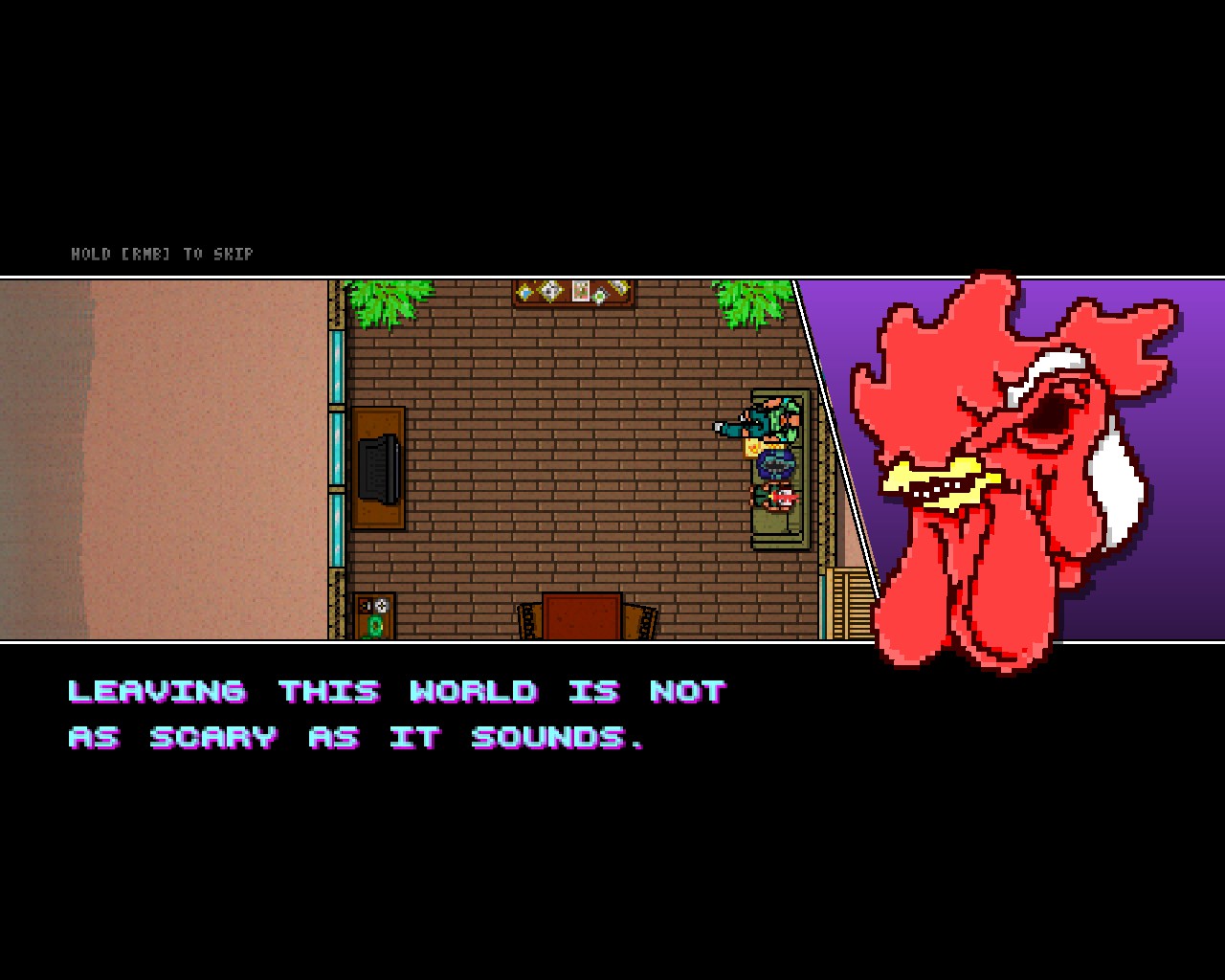 The plot itself revolves around roughly thirteen different characters as opposed to the originalâ€™s two, with varying backgrounds and personalities. For example in one mission you might be playing as detective Pardo and the next choosing between four members of the â€˜Fansâ€™, there are lots of surreal twists and turns and some genuinely shocking moments that I absolutely refuse to spoil.

The sequel still contains some great pixel art, which I will always personally find charming in any game (after all pixel art ages better that 3D polygons) along with an absolutely fantastic soundtrack. While the music in Hotline Miami is memorable, the tracks that have been included in Wrong Number are just brilliant. If the challenge (and subsequent frustration) doesn’t inspire you to push through, then the music certainly will. The cut-scenes are well written and seem paced just well enough, balancing between exposition and gameplay perfectly, allowing you to slowly piece together the puzzle of what caused the first games events and what is still steering the current installment.

But the real meat of the game is the gameplay itself. The original was known for blending extreme violence with fast-paced gameplay and nothing has changed, that is to say that while the game feels largely the same in its style, it has been tweaked and made all the more better for it, combat just feels more responsive and successfully going on a rampage and taking out every single person without dying still makes you feel incredibly badass.

While it looks as though there are weapons missing from this installment (there were a ridiculous amount to unlock in the first game) Wrong Number makes up for it by giving certain characters special abilities. Now while not all have these, the majority do, for example all four playable classes of the â€˜Fansâ€™ have unique skills. For instance Corey is able to roll and avoid gunfire, Tony is so freakishly strong that his punches alone will kill enemies (even the more â€˜rotundâ€™ enemies), Mark wields dueling SMGâ€™s which allows him to arc his fire and finally thereâ€™s The Twins (Alex and Ash) who brandish a chainsaw and pistol respectively. The levels have been slightly expanded upon as well; you no longer just traverse buildings and offices. There are various locals from the docks of Miami beach, warehouses and jungle encampments. This is both a positive and a negative, while it is refreshing to murder people in different locales, it can become tiresome having to restart because you were shot off-screen by a thousand different enemies. Speaking of irritating I still absolutely detest the larger enemies that can only be taken down with a firearmâ€¦ even if Iâ€™m wielding a bloody machete.

Unfortunately (and I still refuse to spoil anything) all the good that Dannoton Games have done in regards to the story is ultimately undone with the weak and lazy ending. The majority of the varying plot threads are either snipped quickly without a real resolution or just left alone entirely. And for those that have already finished the game and examined the ending further, yes I do understand what they were trying to go for and yes I do understand what Richard represents and what his messages truly mean. But that doesnâ€™t make the ending any less of an odd middle finger to anyone invested in the character presented to them. I personally felt that, while ballsy, it just didnâ€™t quite work and after some of the particularly frustrating levels youâ€™d think weâ€™d be given something better.

Unfortunately though even with the improved sound, refined gameplay and larger roster of characters the first installment will most likely be remembered far more fondly due to its minimalistic story, design and shorter levels.

However this game pretty much encompasses everything that a sequel should strive for, the gameplay is largely untouched and only received some polishing, the music and sound effects are better, the plot and characters within it are more fleshed out, thereâ€™s some variety in the form of these additional characters and the length itself is much larger than the original. Hotline Miami 2: Wrong Number is a good sequel despite some flaws and is once again a perfect blend of ultra violence and action.

If you even remotely enjoyed Hotline Miami you owe it to yourself to get your hands on this.

Just take a trip down into insanity. 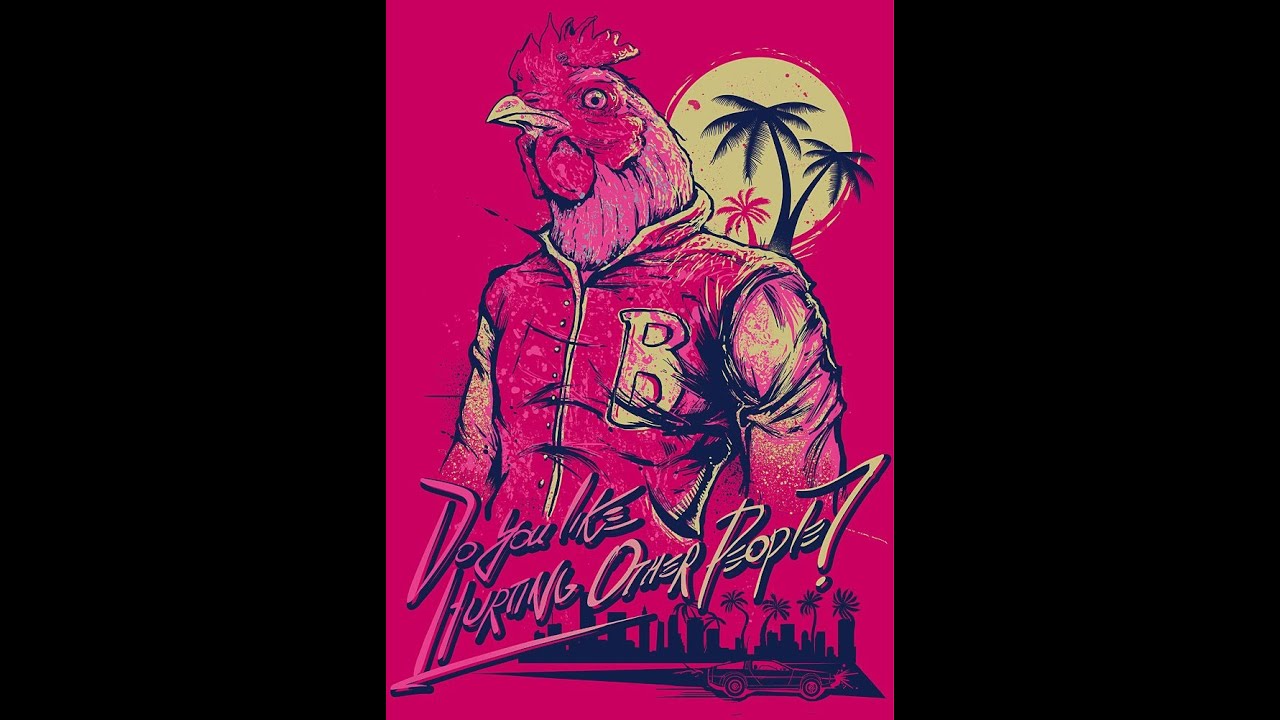