It Came From the Drive In – Willard

A long time ago, when I was just starting to do internet reviews and prior to finding Manic Expression, I use to be a member on the website for a channel called Fearnet. The channel was a VOD service that showed nothing but Horror Movies and occasionally Horror TV shows. While the main site mainly streamed Horror films for all to see, I often lurked the Forum section which eventually where I was originally going to start doing film reviews…but I completely forgot my log on information and so I only ended up posting one review and I never came back. 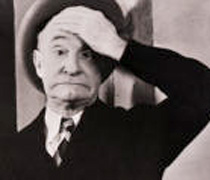 While the website and the Channel are no longer around, it still brings back fond memories of the early years as well as developing a completely different reviewing format for my current reviews. So, mostly for nostalgia, I decided to revisit the first and only film I reviewed on Fearnet, a 1971 Animal Horror movie called Willard.

Willard Stiles is a quiet young man who lives in a mansion with his elderly mother and has a fixation towards Rats. Over the course of a couple of days, he befriends some rats that have come and gone nearby his house and decides to keep a white rat, which he then named Socrates, as well as a big black rat, named Ben and he eventually trains them, along with many other rats, to his bidding.
As I stated before, this is an Animal Horror film. Even though it was released prior to the massively successful Jaws, this was possibly one of the films that lead to the idea of animals being used as killer. Unlike Jaws though, this was an animal film that didn’t have them attack the humans due to their natural instinct, but rather them being controlled by one person in charge (similar to most early zombie movies with Voodoo instead of a virus.) In that regard, it is a rather interesting choice to go with for the movie.

Although with that being said, I thought it wasn’t very scary. It is a creative idea, true, but it is a bit lacking in the horror. I can’t really see a massive swarm of rats being something that would be considered terrifying. Then again, Rats have never been a problem for me (probably because I use to own a pet rat) so I guess I’m not the target audience for the movie.
While the rats may be interesting, our main character, Willard, isn’t. He was, for the majority of the film, a bit of a wimp who was always getting stepped on by everyone in the film from his co-workers, his boss, and even his own mother. He was a bit like a generic high school nerd who’s always picked on. At least Crispin Glover gives him some personality in the remake.

(I always imagined the remake as George McFly getting revenge on people who picked on him.)

The other characters in the film aren’t much to talk about either. The all exist just so they can mock Willard at every chance they get and they only served to become food for the rats.

While the humans weren’t very interesting, Socrates and Ben ended up being the characters I payed the most attention to. Although they are just two basic rats, they ended up showing a bit of human characteristics to them. Socrates was basically the rat that got all the attention and love from Willard while Ben was often ignored and becameÂ more and more jealous of him over time. It was definitely a different approach to make these two animals expressÂ very human emotions while getting no purpose other than to serve Willard, but that was really helped keep my interest throughout the film.
Final Thoughts: It was okay. While it has its perks, it also has its share of problems. It just wasn’t my kind of movie. I wouldn’t say the remake is better nor would I say its worse. I’ll just leave it up to you readers to decide. (I may do an Old vs New for both films eventually.)

(I apologize for this one seeming shorter than usual. There wasn’t much to talk about for this film.)