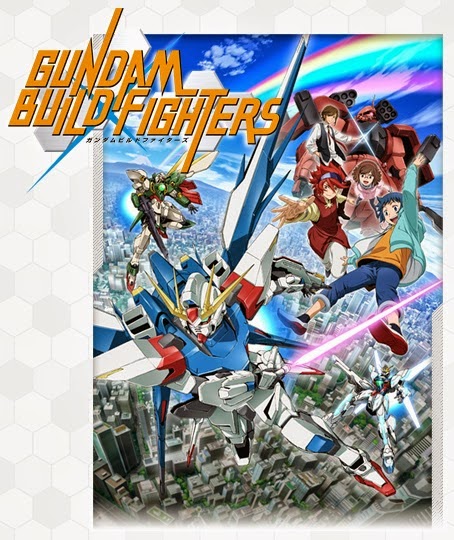 This is all Rhamy Payne’s fault*. Had he never written that post on this series…. hell, had he not started blogging at all, maybe things wouldn’t have…no,I must stop this. No time to dwell on what could have been. It’s all in the past now. There’s nothing to do now but give in.

May I say that while Rhamy (alias Voltech44) is the cause of this, but that is not entirely true. My fascination with the Gundam franchise goes back years and years. I’d never gotten into any of the shows and had only seen a few episodes of the original Mobile Suit Gundam series and fist episodes of bothThe 08th MS Team and Mobile Fighter G Gundam. It’s been brewing in me for a while, this new obsession. All it needed was a starting point. My soul was fertile soil; seed planted and ready to bloom. Rhamy provided the rainwater and this series, this Gundam Build Fighters, was the sun that let my inner Gundam freak bloom….

….Alright, enough of this pretentious bullcrap. Let’s get down to brass tacks. 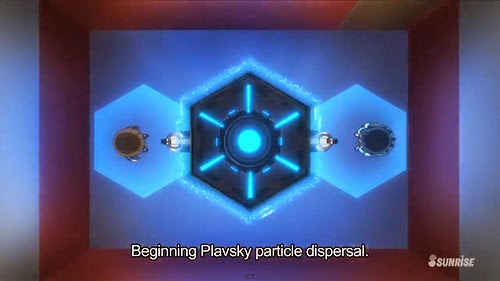 At its heart, Gundam Build Fighters (hereon to be abbreviated GBF)Â is a love letter to the Gundam franchise and, more importantly, to the kids from one to ninety two who have kept the franchise alive for thirty six years and counting. “Come on in and sit a spell,” this series seems to tell its viewers, “and don’t you worry about obsessing over cartoons or loving toys when you’re well past childhood. You’re among your fellow freaks.” I went into the series with a bit of trepidation, I’ll admit. How couldn’t I? This was because, paradoxically, that GBF revolved around at least three things I love: toys, giant robots and giant robot on giant robot violence. Combining those three in what amounts to a Pokemon/YuGiOH!/Beyblade/[Insert Competition/Collectible Based Anime Here] show just sounded like it would form an ungodly mess. But smack me down and call me Amuro, because this show works exceedingly well. Better than any show that’s on big commercial for its franchise has any right to be, anyway.
There’s a very simple reason why GBF works as well as it does. It has nothing to do with your personal knowledge of Gundam; I basically went into the series as a neophyte with only the barest information on the Gundamfranchise’s history. It has nothing to do with the fight scenes or the various ways the creators can think of having people compete with plastic toys (though that is fun in its own right; the baseball battle in episode 13 alone is proof of that) . It’s not even the characters, though they too are all distinctive in their own way and, for the most part, likable enough for you to follow for 25 episodes. What truly makes GBF work is just one simple concept: Love. Not love in any romantic or familial sense, but a love of a hobby. Sure, said hobby seems to have enveloped and distorted GBF‘s Earth into a Gundam obsessed mad world where grown men can use toys as a basis to pick up chicks…. and where real estate strong arming is decided by playing with toys…and where a 14 year old kid can take an extended leave of absence from school in order to better battle with toys…and where old masters run schools for Gunpla building, but that’s not important right now. What is important is that the show, it’s characters and its Earth straight up love Gundam. And it’s a kind of love that’s actually quite refreshing to see. Then again I send a significant amount of my free time on THE INTERNET, where snarky disaffection, misanthropy and a desire to tun everything into or relate it back to a meme reign supreme, so maybe this kind of affection is more copious out there for those of you who have real lives.
That the makers of this series have nothing but affection for this franchise is not in dispute. Hell, they dragged voice actor Masashi Hirose to basically play Ramba Ral again, so you know these guys love and respect the franchise they work on. But it’s not a blind love, thankfully. They know that there are just certain people who take all this waaaaaay too seriously for their own good. You know the types; those bastards who’d want to win at any cost or who’ll treat a game like its and actual war or use stupid looking agony helmets on teenage girls with powerful mutant abilities so they’ll play a game better. (Okay, that last bit is exclusiveÂ GBF‘s world. At least, I hope it is.) The series looks at those types of fools and tells them, quite pointedly, to get their heads out of their asses. “It’s just Â game/hobby, dude. You should really just relax.” For that I salute you, GBF.Â 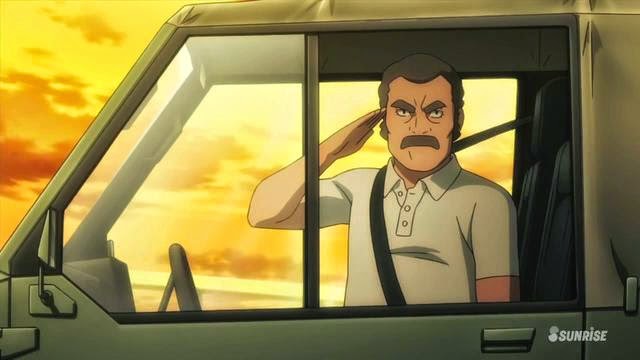 Â
Â
Now I’m gonna come back and talk about this show again soon. A little over nine hundred words are just too little to get into just how good Gundam Build Fighters really is. So in brief summation, I demand that you, your friends and whatever family members you think will be most receptive to watching subtitled Japanese cartoons sit down and watch Gundam Build Fighters. Here’s where you can find it. No, it’s not spoken in the English language (hence the subs), but if you’ve maade it this far you’ve already proven you can read and have at least some amount of patience. Trust me, you need this in your life even if you don’t know it yet. Also, Sunrise, Bandai, whosoever is listening: this thing needs a dub yesterday.
* Rhamy, man, I love ya, but I did not need another thing to obsess. I’ve got at least 25 piling up on me already.
For more rambling, go to One Man’s Obsession(s)