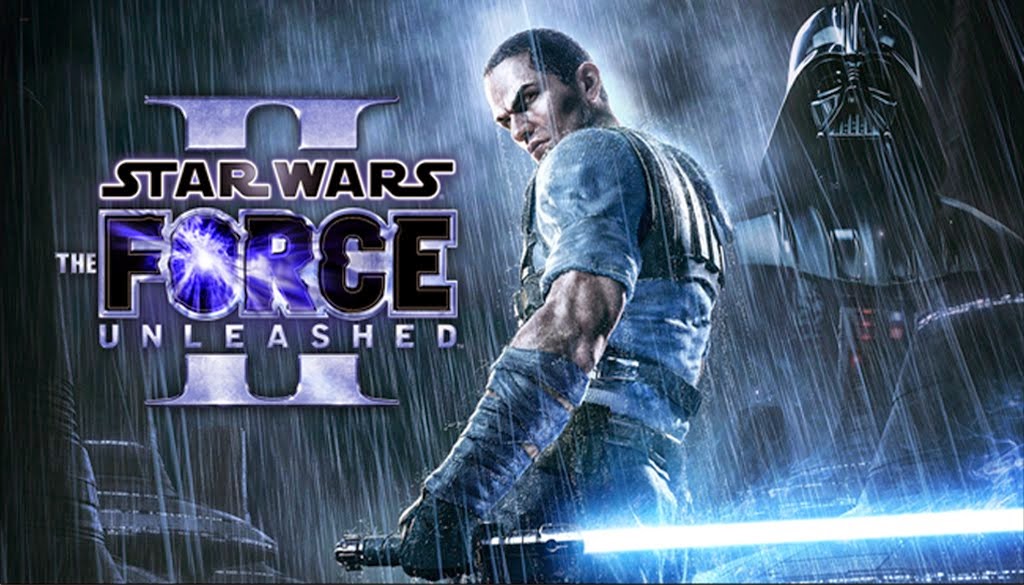 The last part of the game is really just plowing your way through Starkiller clones. This is both fun and a little taxing…well…until your bar to use Force Rage fills up and you can use that. Then just make sure you have a bunch of clones in your sight.

When I fought Darth Vader I used Force Lighting (Force Push didn’t work against him) and waited until my Force Rage bar filled up so I could use that. During different parts of the fight, clones would attack you as Vader was still attacking you.

I don’t know if Force Rage was the reason that this was an easier ending than the first game or the fact that I saved just before this part and so was well rested. Hell, if I had done this part from when I arrived on Kamino this probably would’ve felt a lot harder.

Now onto the plot as this part was just as plot heavy as it was fighting heavy!

As Starkiller runs through the facility on Kamino, he runs into Vader a few times. Each time he isn’t able to reach Vader and is instead given clones of himself to fight. Kota and Starkiller talk about what so many clones could mean. A possible Sith clone army.

When Starkiller finally reaches Vader, the Dark Lord of the Sith tells the clone not to attack or Juno dies. Starkiller pretends to agree, but then fights Vader instead. Throughout the duel Vader tells Starkiller that Juno is a weakness.

Now the following will be what I personally experienced and may not be the same for you:

Starkiller is about to kill Vader but Kota comes up just in time saying to stop. Kota says that if Vader is killed, Starkiller will never know the truth about himself and the Rebel Alliance will lose the chance at important information.

Starkiller debates for a bit and then goes to kill Vader. Starkiller is wounded fatally by Vader’s successful clone which the Dark Lord gloats about. He says he lied about not having a successful clone. Kota and Starkiller’s friends (including Juno) are killed. Starkiller can only look as Vader and the Clone walk away.

The Clone just looks at Juno with an unreadable expression.

What I didn’t know when playing was that, at least on the Wii version, you stand by Kota or Vader depending if you think Vader should die or live. I was having Starkiller pace around and it was by chance that the last time I had a chance to choose (by Pressing the A button) that I was by Vader.

So what did I think of the game? I found it very enjoyable to play through. I think I enjoyed it more than the first one because the save feature actually worked on this one. I didn’t have to worry about having to complete a level for the saving option to function.

There was a lot of jumping in this game which was…hard to deal with at times. But I made it through so yeah!

I enjoyed the new Force powers.

I do wish I had known how to do the ending before I finished the game so I could pick the ending I wanted. But, oh well. Me and everyone I loved died so that sort of fits with what I like in a story.

Sad that with the clearing of the Star Wars Expanded Universe that there is probably no chance at a sequel.