So I decided it was finally time to talk about this, even though I am hardly the first to do so. Why? I’ll answer that as we go. I present one of the coolest ideas that any kid of the 80’s remembers :

This came along twenty-five years ago to the day (if you read this on Tuesday anyway), April 21, 1990 and aired on all four networks! That was a major thing at the time! And if you were a kid, as I was, it was pure epicness! All of our favorite cartoon characters together? Oh hell yes! We couldn’t wait to watch this! But did it live up to the hype? Ummm..let’s talk about it.

The Plot-Several cartoon characters pop out of the screen to help out a kid who is hooked on drugs. How? They sing and dance..and scare the ever ever loving crap out of him! Honestly, that’s about it.

The cast. Say what you want, it truly was an all-star cast. Alf, Garfield, Winnie The Pooh and Tigger from New Adventures of Winnie The Pooh, Smurfs, Alvin and the Chipmunks, Slimer from Real Ghostbustrs, Michelangelo from Teenage mutant Ninja Turtles, Muppet Babies Kermit, Piggy, and Gonzo, Ducktales Huey, Dewey, and Louie, and of course Bugs Bunny and Daffy Duck. Seriously this was a fantastic cast which truly felt like an “all-star” team!

The characters were, well, in character. The scene with Muppet Babies felt like it could have been in their show (a lot of people make fun of it for being like a bad acid trip, but have you ever watched Muppet Babies?). Garfield was lazy, Pooh didn’t go charging off with the others since that would have been a bit much, and while Bugs Bunny was a tad preachy it wasn’t so bad. Everyone acted the way they should have acted. I also love the touch of having each characters theme song play as they are introduced. Though except for Alf and Garfield we never see these great characters really interact with one another which is a shame.

The villain was pretty cool. Yeah ok, it makes no sense to say the events are happening in the “real world” and yet we have this stock cartoon villain. But George C.Scott did a decent job making this guy menacing. One bad thing was his name. Smoke? C’mon, you’re not even trying! Even Vapora sounds better than that!

The song. Yeah make fun of it if you want but since half of those characters have music numbers in their shows not having a song wouldn’t have made sense. Though I would have liked more story with the characters before we got to it, as it is it feels so rushed. It’s a silly song but a nice scene.

The message (at least in theory). Ok, all kidding aside I am just going to say this. I don’t want to start a debate or a comment war. I do not believe in Marijuana. I have never and will never smoke it. So while some may get offended with the message of the special since it is anti-marijuana, I have no problem with it. If you do, fantastic. I would never judge. And please remember that this was made in 1990 when no one was thinking there was any benefit to Marijuana, medicinal or otherwise, and don’t anyone tell me that Marijuana is perfectly safe it can be overused and have harmful effects like anything including caffeine! Maybe it should be legal, I am not having that debate because I wouldn’t take it either way. Though I will concede that for a PSA on how bad Marijuana is they really never explain WHAT makes it so bad. It’s established that it it’s bad…for reasons. Weak.

President George Bush opening the special. I had no problems with him as a president, but really what kid is going to care what he is saying? Maybe it was a meant to be a message to the parents-the one’s still sleeping in their beds. Actually the funny thing is Barbara Bush makes the plot sounds a lot more interesting than it is. I get the feeling someone panicked and watered this thing waayyy down.

The characters weren’t in it much. Except maybe for Bugs Bunny, none of our favorite characters got much screen time. It was mostly cameo’s. Smurfs and Alvin and the Chipmunks start the special but flat out vanish half way thru. More on that in a bit. Then during the song some characters appear that hadn’t even been introduced, like Tigger. And was DuckTales appearance a last second thing (actually yes it was supposed to Mickey, Donald and Goofy but they changed it)?

The main characters were boring. No not out all-star’s, I’m talking about the two kids who had no personality whatsoever. Michael and Corey were just two of the most stock characters I have ever seen. The backstory is “Brady Bunch” stuff. Michael was forced into by friends and he wanted to fit in. Yawn, never seen that before. And the parents were even more boring not to mention clueless. I mean this was 1990 for goodness sake when Corey tells her Dad he acts like the idea is inconceivable. Yeah, what teenager takes drugs? Madness!

The Plot, I am sad to say, falls apart hard! It starts out real good. I mean, really really good. Ok we get The Smurf’s, Alvin and the Chipmunks, and Alf somehow breaking the 4th wall (don’t ask how it’s never explained) and figuring out their is a problem with Michael. Along the way Baby Kermit, Slimer and Garfield join them. They all realize the kid is in trouble and charge off to help him! How? Well….they don’t really. They disappear! We never really find out what they do or how they do it. Unless that big song and dance number was their big plan?Â  A fantastic crossover story starts out so well turns into set pieces with Bugs, Michelangelo, Alf, and The Muppet Babies that really don’t connect to a cohesive narrative. You know that whole beginning I just explained? There is never an ending, we’re just told that Michael has kicked the habit.Â  Plus, the whole special is, for lack of a better, trippy that it does kind of distract from the message which is so hammered in it becomes to much. We don’t even know if this is a dream, are the characters there, is Michael just hallucinating half this stuff, why the characters are hiding in the start but not at the end…..

Final Thoughts-So, I said I had a reason for doing this. What was it? Because I wanted to announce that, at the end of the day, I really really liked this. Is it great? Oh heck no! The drug message is hammered in and the plot’s a joke. Yes I wish it had been better, would an hour have been to much? It aired on all the stations!!! But seeing all my favorite cartoon characters together reminds of me the good old day when Saturday Morning cartoons were a real thing. I just enjoy it for what it is, it still brings a nostalgic tear to my eye. 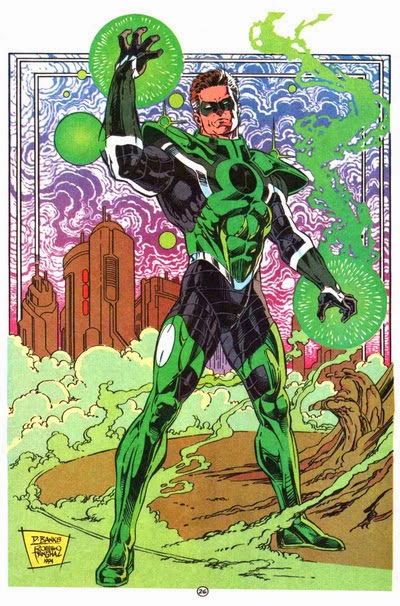