Book Review: The Hundred-Year-Old Man Who Climbed Out The Window And Disappeared 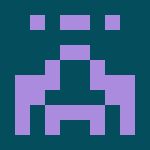 Book Review: The Hundred-Year-Old Man Who Climbed Out the Window and Disappeared.

You know, when I first started this whole reviewing thing, I never expected to be talking about books. Don’t get me wrong, I love to read-I do it more than most people I know. But books, I think, would be the most difficult thing to talk about for a review show. All you have in most cases is the text, which means you have no visuals and no audio unless you’re using an audiobook. It’s like talking about a podcast-I don’t think you could, say, review Welcome to Nightvale without scouring the Internet for fanart. I’ve seen video reviews of books before, though–most of them are adaptations, but some aren’t, so I know this can be done. And since my discovery and subsequent enjoyment of the Audible app, there was a book I knew I had to talk about-The Disaster Artist. However, between laptops, I lost my original draft of that review, so that might not happen. But since then, while browsing the Audible library, I stumbled upon one of the most interesting books I’ve listened to in a long time-The Hundred-Year-Old Man Who Climbed Out the Window and Disappeared, by Swedish author Jonas Jonasson.

This was Jonasson’s debut novel in 2008, and it’s sold over six million copies worldwide since then. And apparently someone agreed with me about the quality, as director Felix Herngren adapted it into a movie in 2013, which I did not know before writing this and oh god I’m writing about a book that has an adaptation…well, in my defense it won’t come out in America until May. So as such, all I’ll be using is the text…and boy, what text we have.

Alan Karlsson is turning 100, and as such, everyone at the old folks’ home will soon be celebrating-along with the mayor, the news station, and others, since turning 100 is a pretty rare thing. But there’s just one problem-shortly before the celebration starts, the birthday boy goes missing, and from there…well, one of the craziest journeys since Monty Python or It’s A Mad, Mad, Mad, Mad World ensues. Including, but not limited to-a suitcase full of money, a gang of criminals called Never Again, a few hit-and-runs, a man who is almost every occupation in the world, and an elephant squashing a man to death. Yes, it’s that kind of story…and believe it or not, that’s only half.

The other half of the story-basically, every other chapter-is a recap of Alan’s 100 years before he ended up in the retirement home, from 1905 to 2005…and let’s just say, his life is just as, if not more interesting than what’s currently happening to him. You can probably tell by the years of his life that Alan lived through various wars-and his talent for explosives meant that he was often right in the thick of things. Since Alan isn’t one to lean toward politics and really just cares about living well, we see him doing things like becoming drinking buddies with Harry S Truman, saving Mao Tse-tung’s wife, blowing up a whole lot of things, and even becoming friends with Albert Einstein’s brother. I mean, screw Forrest Gump and the Dos Equis guy, this man is the most interesting man in the world. And honestly, with each chapter, you’re just wondering what’ll become of Alan next, even if you already know where he ends up.

Part of that, though, is because of the humor-since this is first and foremost a humorous novel. A lot of it comes from slapstick, or just from seeing the historical figures in these strange situations. But it can get dark, too-there’s death, and usually it’s played for laughs by being done in a very over-the-top way, but presented in a very dry, British-style way. And whatever you can say about the historical inaccuracies in this book, they’re presented in a way that feels like this could have really happened, minus some of the over-the-top parts. It seems to be very well-researched-though admittedly, this is a translation. Like Alan, Jonas Jonasson is Swedish, and thus, what I’m reading or listening to is a translation. And it might be a product of that translation or the fact that the audiobook was read by a very British man that the humor reminds me of British movies, but I’ll never know because I don’t read Swedish.

Regardless, one thing is true of the version I’ve read-it’s a madcap, hysterical, historical story that still has a lot of heart and strong writing. And if I haven’t made it clear, it is well worth reading, or getting the audiobook as I did. It’s worth pointing out before I go that Jonasson has another book out, The Girl Who Saved The King of Sweden, and it too has been translated and is now available through Audible or at your local bookstore. And you’d better believe I bought a copy after I had finished this book. I haven’t listened to it yet, but I look forward to it and seeing the movie based on the first book. Because if either of them are half as good as my first experience with this author, then we’ll be in good shape.