The Teenage Mutant Ninja Turtles has always been a subject I don’t have very much knowledge or care for.
While I haven’t seen much of the shows, nor am I a fan of the franchise, Ido recognize its likable traits within each adaptation and today I’m here to talk a bit about one that was always one of the most recognized characters, aside from the Turtles, April O’ Neil.

She has always been helping out the Turtles and sometimes joining in their fights at times as well and it has been a rather pleasant surprise seeing how more developed and involved she becomes over the years…that is until Michael Bay came along.

While not completely destroying any and all likability to the Transformers, he produced a live action film adaptation of the Heroes in a Half-Shell last year and who did he get to play April? 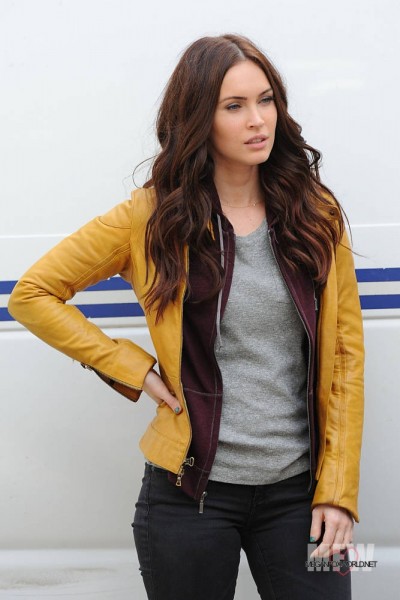 …This should be interesting…

Much like the original film trilogy, and ’80s cartoon, This version of April O’ Neil is a news reporter who is currently investigating a massive crime wave that is cause by the Foot Clan. Shortly after following a lead, she then discovers the presence of the Turtles and tries to connect it to to a previous arson story from many years ago and the Foot Clan.

Personality:
Unlike her other live action counterparts, she’s terrible at her job. The Majority of her work has been rejected and written off as not real by her boss throughout the film and clearly lacks enough evidence to fully back it up aside from some Photos see took on her phone and some Google searches. Not to mention she constantly relies on Will Arnett’s character (I forget his name) for help all the time.

Connection with The Turtles:

She first encounters the Turtles when she is taken hostage by the Foot Clan and the Turtles come and save her. Afterwards, goes after them and eventually finds out about them in all their horrible CGI glory.

Having seen the Original film trilogy, this seemed to follow that plot point in the same way. While, it doesn’t sound too bad, the found minor ways for it to be irritating. (Especially with the dialogue exchanged throughout the scene.)

The film also added in the fact she was, apparently, the Turtles original owner which were experimented on by her Father who was connected with an evil scientist who wanted to rule the world. (Anyone else thinking of The Amazing Spider-Man right here?)

While this plot line is completely stupid, it was just a way for the screenwriters to make April seem connected to the Turtles in a way that wasn’t so simple as her being saved by them. Even though they have that in the film, he’s still constantly being saved by them in the film. She’s basically just a Damsel in Distress while also hanging around Will Arnett.

Not to much surprise, she didn’t bring a whole lot of personality, or charm, to the character. While Judith Hoag, the first live aciton April actress, made her a bit sarcastic yet charming and dedicated to her work, and Paige Turco made her into a bit of a Mother figure toward the Turtles, Megan’s portrayal made her come off as completely useless. She was suppose to have some action scenes fighting the Foot Clan, but apparently they were cut from the film and made her even more of a lifeless shell, No Pun Intended, of what made the character likable.

Final Thoughts on 2014 April O’Neil:Â She’s definitely the worst oft he bunch. While I don’t place all the blame on Megan considering she had no involvement in the screenplay, she still tried to bring some charisma to the character. She was basically a typical Michael Bay female lead: She stands around, provides some dialogue, and is just there because they needed some eye candy for the intended audience.

Be on the lookout for my thoughts on Paige Turco’s portrayal.