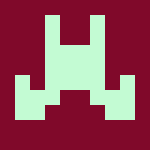 As opposed to a Let’s Play. This is just a little extra intro I thought should be left as its own video, talking about Terry Pratchett’s first book and introducing the first video game based on the Discworld series. As an extra note, this particular game we will be showcasing is not based on any of the existing Discworld novels from my knowledge. A necessary and witty introduction to the game and the book series it was based off.

Swimming slowly through the interstellar gulf, carrying upon it’s huge ancient meteor crater covered shell, a disc shaped world sat upon the backs of four elephants. Something dark is taking place within this world, a dark kind that only happens when you only have one drop of milk to go with your tea. A chilling forebodingness that fills the air when you forget to pay the bills for your heating tax and an unease that settles at the point your creepy relative comes over with a turnip only for you to point out that it’s a cabbage.

Yes this is Discworld! A world that is so strange and weird that it somehow still finds a way to make logical sense and mirrors our own reality in its twisted form. Someone needs to fix that road, too many plotholes for my liking.

But with that said, Discworld is a point and click puzzle adventure game as typical of the 90s that should do something less predicable once in awhile, but even so I loved this game and its humour and with Madhog finding a new favourite author in Terry Pratchett we decided to look at this MS-DOS classic to see how well it translates the world of Discworld into the video game media.

Also I think it needs to be said that the creator of the series Terry Pratchett has recently passed away, his world and all the joy he brought shall remain and will always be remembered. May your soul find rest sir Pratchett, you will be sorely missed.

The Flintstones Closing Theme A Capella

The Powers That Be: “International” Powers

Jan 16, 2022 James Faraci The Last Of The Americans
Blogs