It Came From the Drive In – Grand Theft Auto

Automobiles have often the object and affection of many different cult films throughout the years. Some of the earliest examples in the early 1950’s often had films that told of illegal street racing and competiting greaser gangs like The Fast and The Furious and Dragstrip Girl as well as showing off their hot rods for all the public to see. As the years went by though, we’ve often started to amplify the ideas by having massive amounts of destruction of said cars as well as adding in Body-Counts while the films of simple racing slowly faded away. While they were stating to fade out, Roger Corman struck with the soon to be former actor Ron Howard which entitled him that if he starred in Eat My Dust!, he would be able to direct the sequel and said sequel arose the next year and started Ron’s Directing Career with the movie Grand Theft Auto. The film tells of a couple of young lovers, Sam (Ron Howard) and Paula (Nancy Morgan), who have decided that they want to get married, but her father, a soon to be Governor nominee, doesn’t approve of Sam and they want her to marry a rich young man named Collins that they have selected for her and have engaged her to without her consent. Naturally, Paula and Sam don’t take the news very well and they decided to drive off to Las Vegas in her Dad’s car, which she took, to get married all while her Father as well as her “FiancÃ©e” are in pursuit and try to stop them.

The film quickly becomes a Road Race as Collins puts up a reward over the radio to help stop the wedding from taking place and Collins’ mother puts up another reward, also on the radio, to stop her son from going after them, eventually leading into one gigantic race for about $50,000 which could probably pay for the Charger that was “Destroyed” in the movie. Unfortunately, since it’s a road movie, the basic plot of any Road Race movie is rather formulaic. Most of the Road Race movies out there involve escaping the law, receiving a large sum of money, or just going out into the country and the film has elements of all of these traits plus adding in a few others as well.

Even though the film has absolutely nothing to do with the Grand Theft Auto games, the film is exactly like any of them. You get random car-jackings, police chases, explosions, random pedestrians trying to chase you, and plenty of other things that tie into the games as well (except for people dying.) I wouldn’t be surprised if this served as inspiration for Rockstar Games to make the series.

Unfortunately, while the film is full of car destruction (If you like that sort of thing) and various different stylized cars to go around, it’s lacking in the character department. Most, if not all, characters are rather restricted to being described merely by at least a few words. Sam and Paula are just your average young couple in love, the parents are stereotypical rich snobs mixed with disapproving parents you’d find in most romance films, there’s a preacher who just wants the money, and there are many others who aren’t very memorable. The only two characters that were interesting and had some form of personality were Collins and a Radio DJ named Curly Q Brown.

Collins, at first, starts off as a stereotypical rich snob who thinks he’s the right man for Paula, but as the film progresses, he develops into a bit of a nutcase who thinks that he’s not only the right one for her, but the only one for her. Plus he often believes that when she constantly tells him that she doesn’t love him and that they never were engaged, he believes she’s been brainwashed and is possibly held hostage by Sam. I never never rich people can be so crazy. 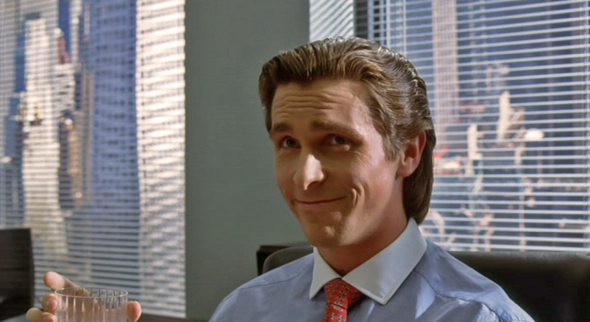 Curly Q Brown is simply the narrator of the events that happen as they progress as well as being the DJ who intercepts the calls of Collins, Collins’ Mother, Sam, and Paula who all tell them their stories to him. He mostly is on the neutral side of the conflict as he gives away information and details about the two main parties and does it full of enthusiasm.

Aside from these two, everyone else is just a collection of One-Note Characters.

I also forgot to mention that the film is a Comedy. Most of the humor is caused during the chase scenes and is often Â . All of them are the car crash scenes such as Three Cars being piled atop each other, Collins somehow flipping a Dodge Charger upside down, as well as a Police Car driving off a Ramp and having the Trunk Explode right after the preacher was blessing the vehicle.

…I have to admit, this was an amazing scene to watch.

Personally, I fond most of the humor to be mixed for me. It had moments where I laughed and moments weren’t I didn’t. I can’t really judge this part of the film very much considering each of you has a different sense of humor. So, it’s just up to you on whether or not you like it. For me, I thought it was alright. Although I wasn’t expecting it to be comedic originally.

Final Thoughts: I thought it was okay. I don’t think it really deserves all of the negative feedback that it got upon its release. Sure, it’s flawed but it’s not as bad as people make it out to be. Plus, Ron went on to direct some great movies later on down the line. I guess it’s Â one of those “bad” films that are sometimes made by highly acclaimed directors that often gets ignored and is usually never brought up during award shows.