It’s pretty easy to admit that most of the Marvel films back in the day weren’t of the highest caliber of what we are treated to today with the Cinematic Universe.Â While there were some good films that have popped up in the early 2000’s, the rest of them were pretty bad and have often left a lack of interest in the heroes chosen for the big screen as well as a few being considered the worst films ever made. The one group that always gets the bottom of the barrel in that regard is The Fantastic Four. 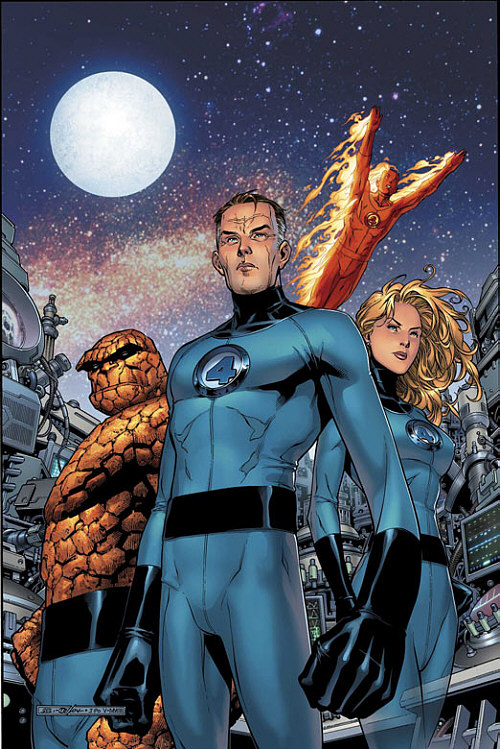 While personally I haven’t read many of their comics, I do find it odd a popular comic series get such lousy treatment since of the early 2000’s films weren’t all that good and I have some serious doubts on the reboot coming out soon. Speaking of lousy, there’s one adaptation in 1994 that was produced by Roger Corman that is often forgotten, mainly because it was never released…at least not until Youtube was created and that’s how I’m able to talk about today.

After being affected by cosmic rays via passing comet, Four Astronauts are given Super Powers and become known to the world as the Fantastic Four as well as join together to stop Doctor Doom from taking over the world.

While I’m not fully versed in the Fantastic Four comic universe, I do know the basics about them and that’s exactly what the film covers. It combines the Origins of both the Fantastic Four and Doctor Doom from the first couple of issues from the series and it’s obvious that it didn’t want to completely isolate the audience to be just for Comic Book fans.

While it got the basic story and origin right, the character portrayals were a bit dull. The actors’ performance were wooden at times and often didn’t seem to care about the project at all. I will admit that while I didn’t care for the performances from the 2000’s movies, but at least they had some emotion to their performances.

I don’t really need to say much about the plot of the film since most FF movies are the same in Plot points. You can pretty much predict it along the way. You have the introduction to the Characters, the incident involving their powers, learning how to use said powers, pointless fighting among the group scenes, and teaming up to defeat Doctor Doom. If anything, they should have been able to do it right and followed a plot-line similar to every other comic book movie released, but it always fell flat with each FF film.

Of course with this being a Roger Corman production, the film was rather lacking in the effects department.

Much like his previous works, the majority of the effects were pratical and were often times very obvious and cheaply made. The easiest nitpick of this factor is The Thing.Â It is completely obvious that he’s wearing a costume throughout the film. You can easily see his Eyeholes in his mask and I think I even saw a zipper on his back in one scene. The Human Torch is another example of the cheap effects since his Fire looks like another layer of film was placed over it and it didn’t match properly at times. Plus with it being the ’90s, it was eager to show off its “Fancy” Computer effects which are your usual ’90s style where it’s obvious out of place and looks like a poorly Â rendered 3D cartoon. Basically, it looked and felt like like a Made for TV movie.

Final Thoughts: It’s a dumb movie. While I can say it’s dumber than the other FF movies, I will say that at least this one was a little bit more interesting, mainly for it being never released, but it still was just something that had good reasons why it never surfaced. At best, this is just a very campy movie.