Video games have often become one of the easiest targets for the Creepypasta world. Authors and Video creators of CP’s have often made some of the most oddly popular Stories out there with video games being the subject whether it be Ben Drowned, Sonic.exe, Fallout Numbers Station, or one of my personal favorites, Polybius. While MLP:FiM has plenty of fan made games, a large majority of the ones I’ve found are Creepypasta games. Although I’m not looking at one of them today, I am looking at a story that revolves around a fictional MLP game created for the Super Nintendo Entertainment System called My Little Pony:SNES.

The story tells of a man who was walking home and finds a large amount of trash bags open and the contents within scattered about a street. While picking it up, he discovers a SNES cartridge of a My Little Pony: Friendship is Magic game with a message reading “I’m Sharing the Magic” written upon the back of it as well as the initials “TS” and immediately connects it to MLP VA Tara Strong. (or it could be Twilight Sparkle…)

Once he plays the game, it starts off as a typical SNES game would except being for MLP. He plays the game until he reaches the Sixteenth level and the screen read “Stage 16. Stop.” with “stop” having small drops of blood dripping from it. The level depicted a black and red sky with vast amounts of dead trees resting atop a gray and lifeless ground and shows a very worried Fluttershy with the Smile Song being played in reverse and the player regards the game’s creator as a “Sick, Twisted, individual”…despite the fact he didn’t even play the level yet. It then shows Fluttershy being grabbed by a massive black hand and being crushed in the process and the same thing happened with all of the Mane Six…except Twilight Sparkle who was temporarily unplayable.

The Game then selects Twilight Sparkle and she walks to the edge of the screen and states how Friends really do come in “Handy” when you need them. (You can’t tell, but I groaned at the Pun at that point.)Â She also states how that after crushing her friends, she feels very powerful and that she could do anything. She then stares at the player directly with glowing red eyes and tells the player how she was doing want they wanted and that “It’s Time to Move On” as well as how they must “Find their Purpose.”

The screen then cuts to a still-shot of Crazy Twilight from “Lesson Zero” except with the picture having realistic details and with Twilight missing her eyes and no features within her mouth and text appeared stating the “I’m Sharing the Magic” that appeared on the Cartridge followed by a very loud scream. 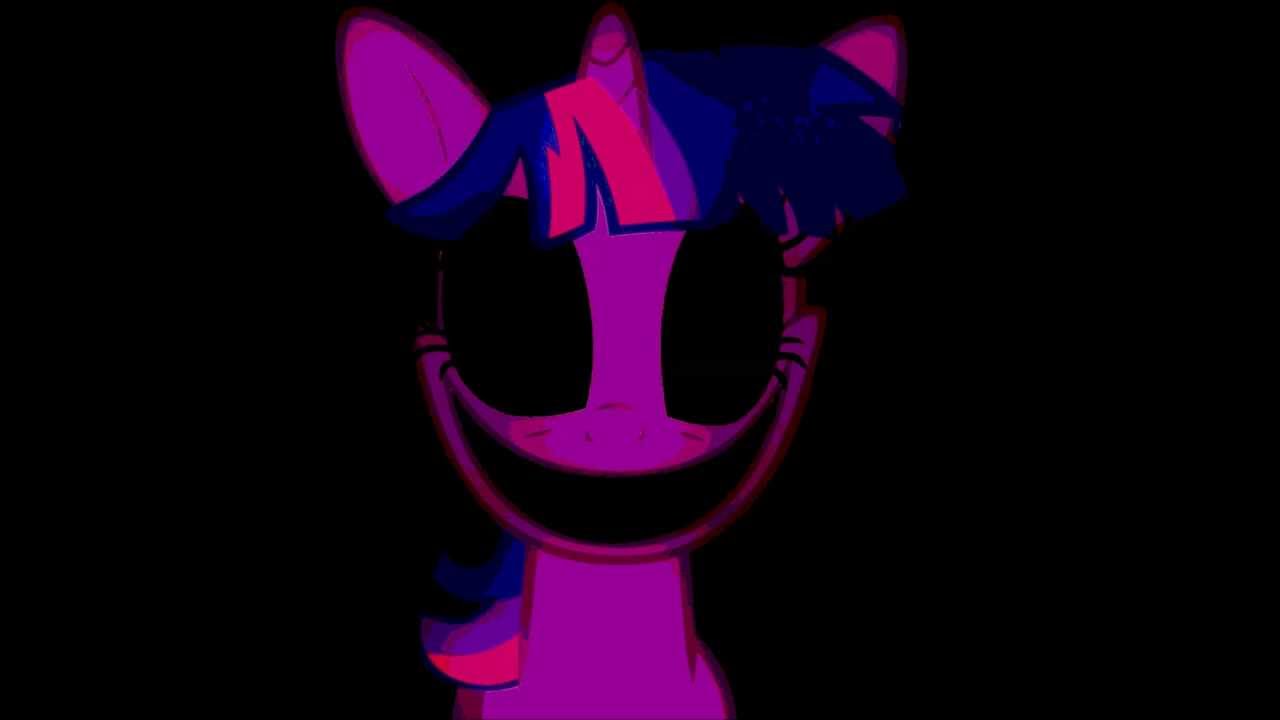 He then ejects the cartridge and decided that he had to share..the experience…with someone else…
Okay, if you think for one second that sharing the game with someone would instantly cure you of this problem, you’d be an idiot. If I ever came into possession of such an item I’d do only one thing….

…I think you can go deeper than that…

When he woke up, he noticed the game was gone and started to search for it. He then saw an email telling of the Trash incident and how he wonders where the game is now and advises the reader to be careful when playing it.

(In my opinion, I think the game is probably in the back of a garbage truck being crushed in the compactor.)

The whole idea of a possessed video game have been done before but this story did offer a little bit of a fresh air considering it didn’t involve anything particularly bad happening to the main character in the end and more or less came off as a single incident that had no real effects to it. It’s a bit surprising considering I was just expecting it to be a knock off of The Ring.

Plus with the story reminded me of the movie Stay Alive except without the whole dying in real life/in game nonsense. (I’ll probably cover that film in the near future on ICFTDI.)

Having Twilight being the psychotic villain of the story wasn’t very surprising. While it is nice that it’s not Pinkie Pie, it’s still nothing new considering we’ve seen Twilight get paranoid and a little bit crazy before in the show and would obviously fall into those traits like everypony else in every MLP Creepypasta.

Overall, I think it’s an okay story. While I had some minor faults with it, it’s not one of the worse things I’ve read that are out there. If they made a game adaptation of this, It wouldn’t surprise me and I probably would end up playing it anyway. Plus, if the game did exist…there are worse games out there already…