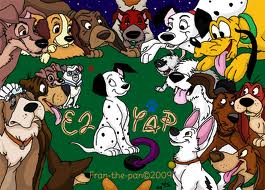 You know there are many dogs in the world of Disney and today I have decided to count them down. Â Join me for this dog day as I take Â a look at some of the greats from Disney. Â  Let’s go fetch. Aw c’mon throw a guy a bone. All right no more. Just steer clear of fire hydrants during this article. Let’s begin.

There is no way that I could do a list like this and not mention Old Yeller. When people think of dogs of Disney besides Pluto or Goofy (who I have kept off this list) Â they should think of Old Yeller. Â  Yeller will go through leaps and bounds Â to protect their family. Â Also this was probably the first time I got teary eyed at the death of anÂ animalÂ but who among us didn’t cry when Old Yeller died. Â  That is one of the most tragic moments in any Disney film, it ranks up there with the death of Mufasa as one of if not the saddest Disney moment. Those final moments truly show how much Old Yeller meant to the family.

Truth be told, Â I have always been a fan of Lucky. Â For a while before I had my stuffed Mickey, I had a stuffed Lucky doll that I got from McDonald’s. Â  Â  Lucky to me brings a sense of adventure and fun. Â Of course there areÂ differentÂ incarnationsÂ ofÂ  Â Lucky such as the animated film, Â the TV show and the live action film. Â  However when I think of Lucky, I tend to think of Â both the animated classic and the TV show. Admittedly, Â in the film he wasn’t as developed but there were so many characters to focus on. So, you can’t really fault that on the film. Â However during the course of the TV show, we got to see some more of Lucky as he was one of the main characters. While I’m sure his character wasÂ different there, he was still a fun character. True he came off a bit cocky and over confident at times but at the end of the day, he proved himself as a leader.

Sure, he may be a toy but Slink is a dog through and through. Â  He is a loyal companion that stands by the other toys. Â He is just a goodÂ southern boy too that is always up for fun but when the tough gets going, he there’s to help the other toys. Â Plus he is just one funny character. Â I think that it’s the drawl that draws me in (Bad pun, Â I know) 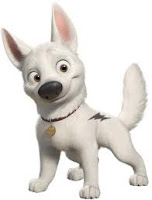 Bolt, I think is one of the mostÂ under appreciatedÂ Disney films to come out in recent history. Â The story is good, the acting is solid and the characters are all likable. Especially Bolt, Â in many ways he leads a tragic life with the people behind his show lying to him leading him to believe that everything he does on the show is real. Â  Â  Â  I can’t recall a time other than perhaps Dumbo, Â I have been so angered and disheartened by the way, our lead was being treated by the people around him. Â  Â Now if you go digging through my archives, Â you’ll find the Top 6 Disney Heroes and there I placed Bolt at number 4 because of how he becomes a real hero by the end of the film. Â  When he saves Penny from the burning studio, he realizes that he doesn’t need superpowers to be a super dog. He was one all along (corny but that’s what you get) Â  Â Bolt probably has some of the best character development I have seen. In many ways, he reminds me of McQueen in that he thinks he is a super star well in this case super here but getting in touch with people from the outside world brings him down to earth and shows him what matters. Â Granted, he loved Penny and that is why he left because he thought Penny had been kidnapped and he wanted to rescue her. Bolt literally went through all of this to save Penny. Â  In the end, he saved her and got to his life a normal dog. 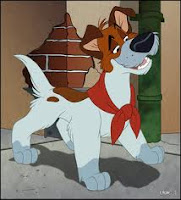 Dodger is just suave and charming. Â I think that the personality of his voice actor, Billy Joel was greatly captured in Dodger. Â He is so cool and he knows it. He doesn’t care what anyone else thinks of him . Even still at the end of the day, he still cares for his friends. Heck even his walk makes him look cool. He also has one of the coolest Disney songs ever 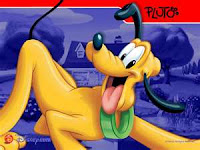 Like it could be any other dog of Disney. Â Pluto is the classic Disney dog. Â He is Mickey’s best pal and he has always been loyal to Mickey and the gang. Â He is all just about having fun. Â He may disappoint Mickey some of the times but at the end of the day, Mickey still loves him. Â  He may not be the smartest character around but he is loyal and loves having fun. At the end of the day, that is why I have decided to place him at # 1.

Who are some other dogs of Disney that you would like to seen make this list? Â Tell me in the comments.