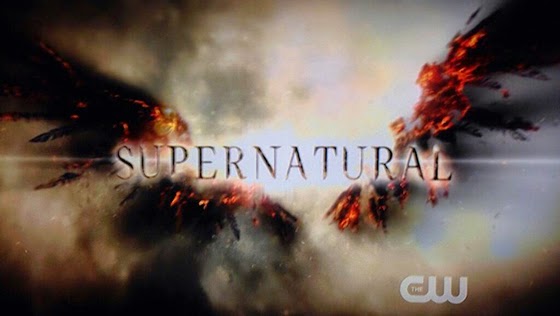 Metatron the Douche
At the end of last season’s finale you got to see that Metatron was not a good guy. But this season he becomes so horrible that you are in shock. When he was first shown he seemed to be okay but this season shows that is far from the case. His goal this season is to try and become God. While I do hate his actions, he is a fun character to watch on screen.

Castiel is Human for a Sec
One interesting thing that I wanted explored this season was what would happen if Cas was human. How would he react and adapt to a life without his angelic powers? They did show Cas as a human for a little bit and also gave him a budding romance. To say the romance with the woman was cut short is an understatement. While him getting his powers back wasn’t as sudden, and ended up having consequences, I would’ve loved to see more human Cas.

Bloodlines
A spin-off of Supernatural has been heard of for awhile now and this season we got to see the pilot in the episode “Bloodlines”. Most people loathed it being the spin-off after the episode aired. Myself, I think there were so many options for a better spin-off. The episode that aired before “Bloodlines”, “Alex Annie Alexis Ann”, I would’ve preferred being the pilot of the spin-off. Other people have suggested ideas that would’ve tied the maker of the colt, the gun used to kill the big bad in a previous season, to the Men of Letters. As an episode it was okay, but as a pilot for the spin-off it doesn’t leave a good taste in my mouth.

Final Thoughts
This season was fun for the most part. Even though “Dog Dean Afternoon” wasn’t that good the arcs of Abaddon, the Mark of Cain, and trying to beat Metatron more than made up for it. Plus we get more Charlie and Garth! It did have its low points but it did make up for them so that it was an enjoyable season.