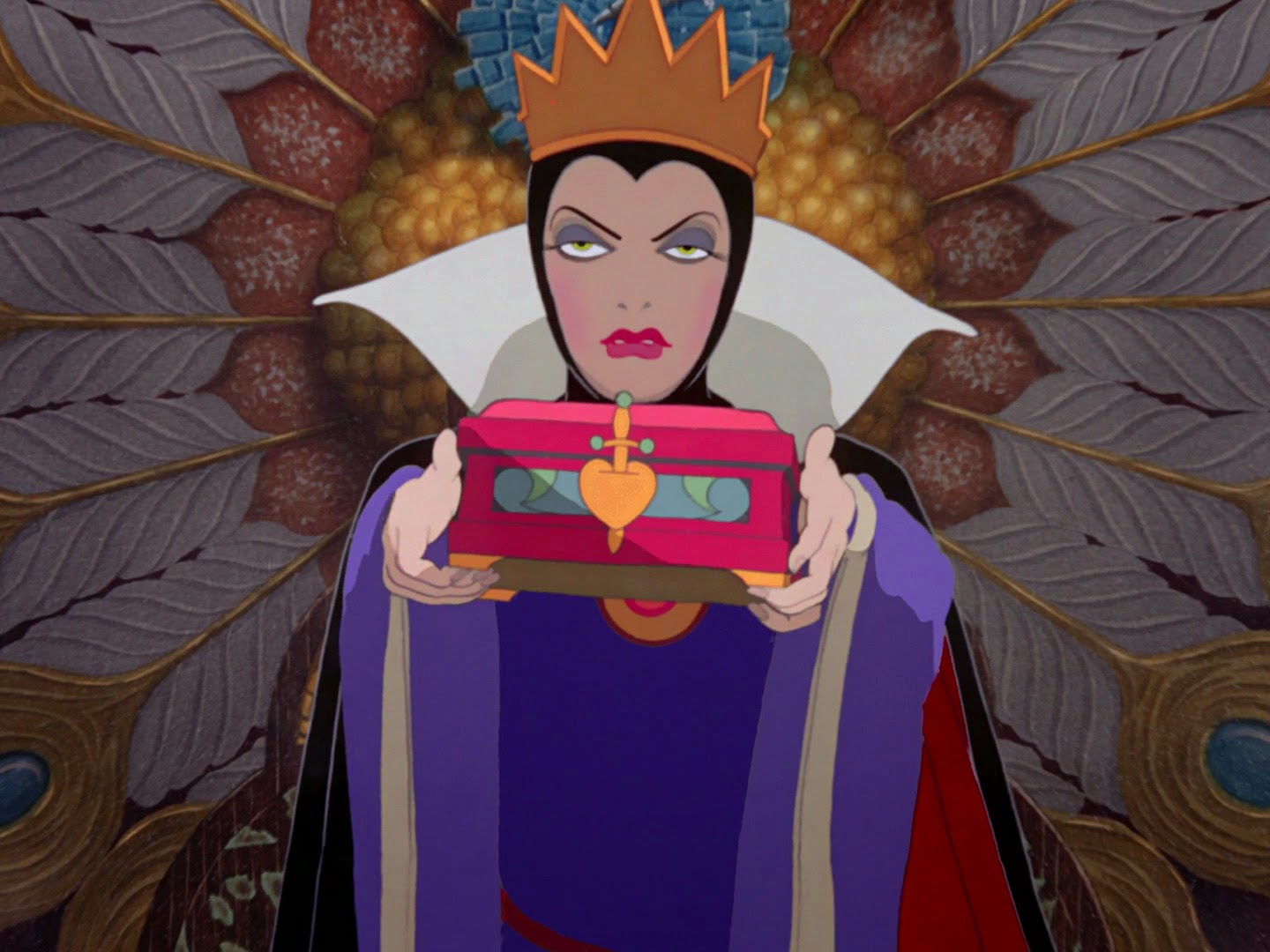 Hello & welcome back to A Look at Disney and the first of 4 Villains Profiles as we look at the 4 villains that will be the focus of the upcoming Disney Channel movie, Descendants. Â And well, oh boy. I’m about to get some flack for this article as I state my not so positive opinion on Disney’s first theatrical villain. As always, we always look at Voice Actress, Â Entrance, Personality, Grand Desire, Lackey, Most Evil Deed, Â Demise, and finally Is The Evil Queen A Good Villain? With that out of the way, let’s begin.
Voice Actress
Â
Â
Lucille La Verne 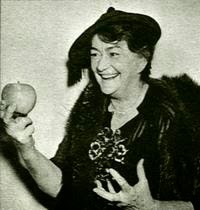 I’ll say this, Lucille La Verne gave a rather menacing performance as The Evil Queen and was able to strike fear, whenever The Queen was a presence in the film.
Entrance
Â
Â
Â
We first see the Queen Â watching over her stepdaughter and learn of her jealously Â and consults with her mirror on who is the fairest of all. 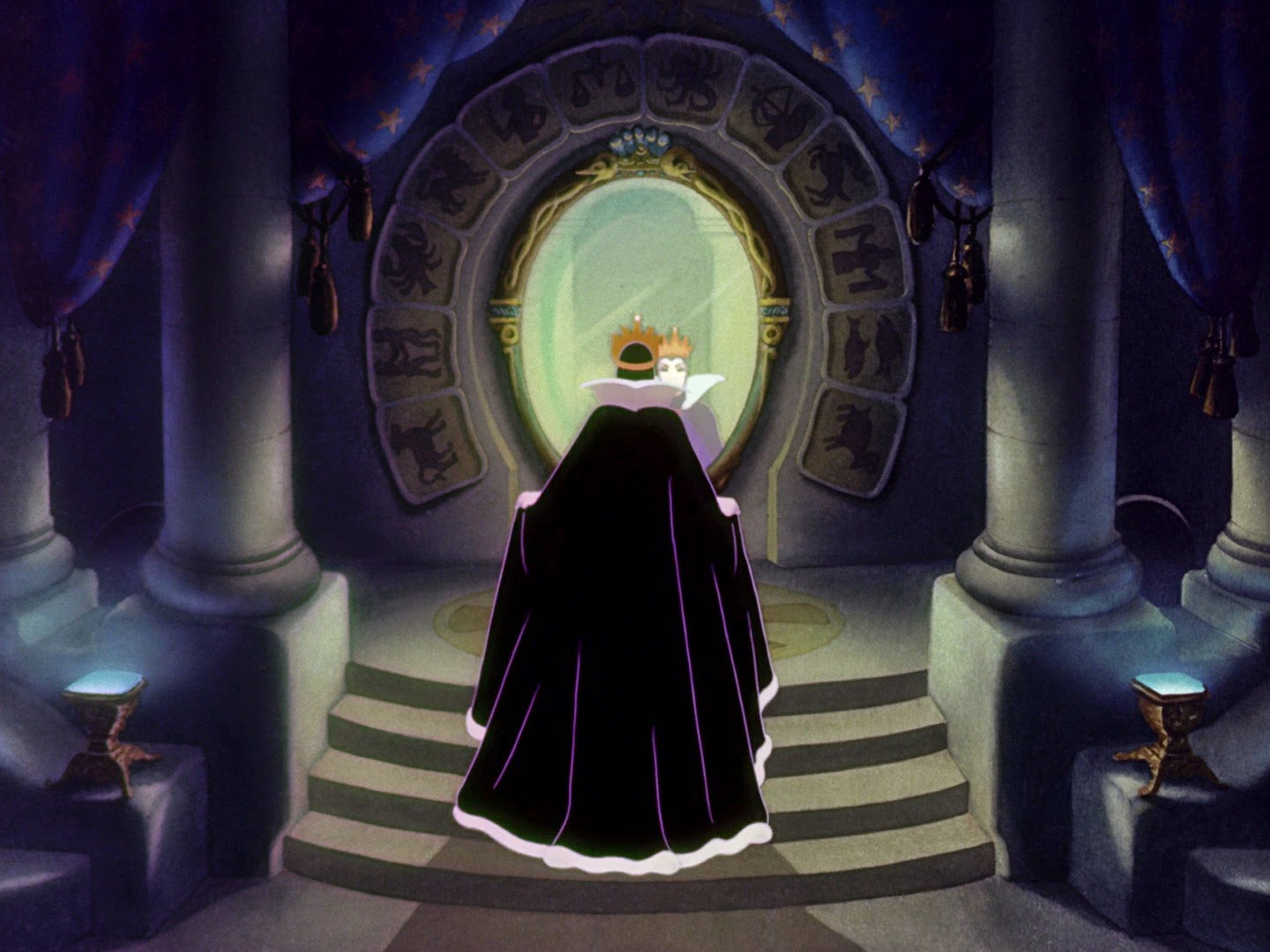 Hearing that she may no longer be the fairest of all, she orders her Huntsman to kill Snow White.
Personality

Yeah, The Queen is kind of one note. Â There really isn’t much depth to her character. Â She’s petty and jealous of Snow White’s beauty. Â Quite honestly, looking back she’s a shallow character. Â  I mean, I get what she is after and Â that Disney had to start somewhere but there is really nothing to her character. Â I hate doing this because Â I try to keep Â my love of Once separate from their Disney movie counterparts and I know I am going to get backlash here but Regina in Once Upon A Time is a more compelling Evil Queen, then this one because the creators of Once took the bare bones of what they had to work with from the original tale and actually gave their queen, a reason for hating Snow White. And heck, the book, Â Fairest of All: A Tale of The Wicked Queen shows that the mirror Â drove her crazy and that she became addicted to hearing the mirror saying that she was the most beautiful woman in all the land. 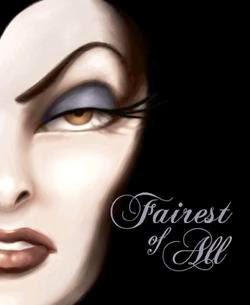 Again, I am not trying to overlook the fact that this is the first animated theatrical villain from Disney. But viewing her in modern eyes 78 years later, she’s a fine villain launching pad for what was to come in future Disney movies.

Again, there isn’t much Â here as The Queen’s Â main desire is to remain the most beautiful woman in all the land. But the one thing that makes her in this regard is the lengths that she is willing to go to. Â While the Queen may not have the best personality, the way she goes about getting what she wants is to say admirable as she is Â willing to give up her beauty to trick Snow White into dying. Â And her transformation into the Old Hag is still one of the most chilling moments from any Disney film. 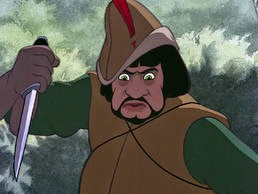 You could tell that The Huntsman didn’t want to do what his Queen had ordered him to do and is only acting upon her orders but even then, he lets the young princess go and returns with the heart of a pig and after that, we don’t see him. Â He’s not really a bad guy, he’s just bound to his job. 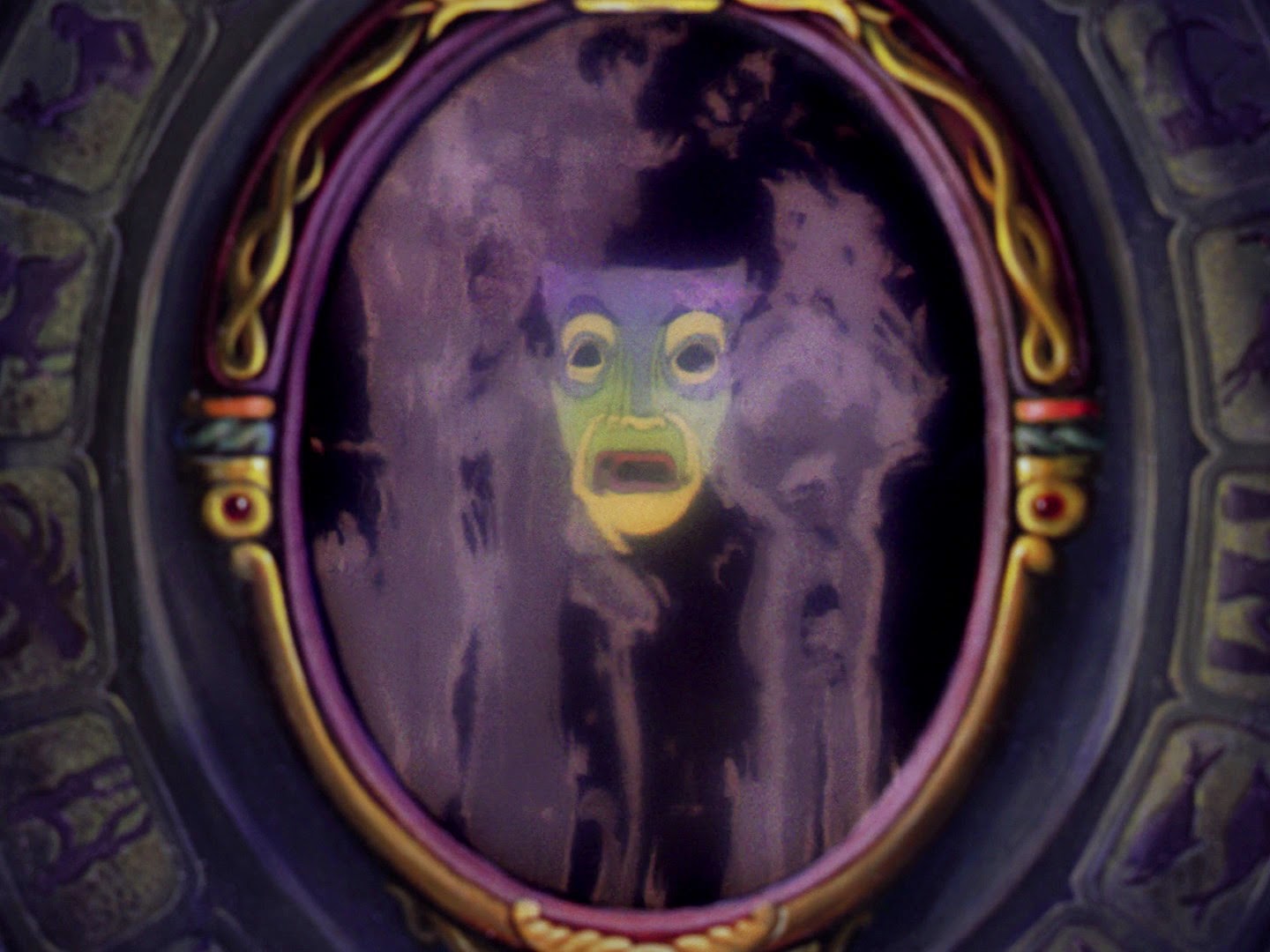 The Magic Mirror on the other hand is very subservient and will Â tell the Queen what she wants to hear, until it’s no longer the case and the info from him that the Queen is no longer, the fairest of all is what set down this path.


The Queen’s demise is brutal. Â The Queen in her Old Hag form Â is on top of a cliff about to crush the dwarfs but she is struck by lighting and falls off the cliff. 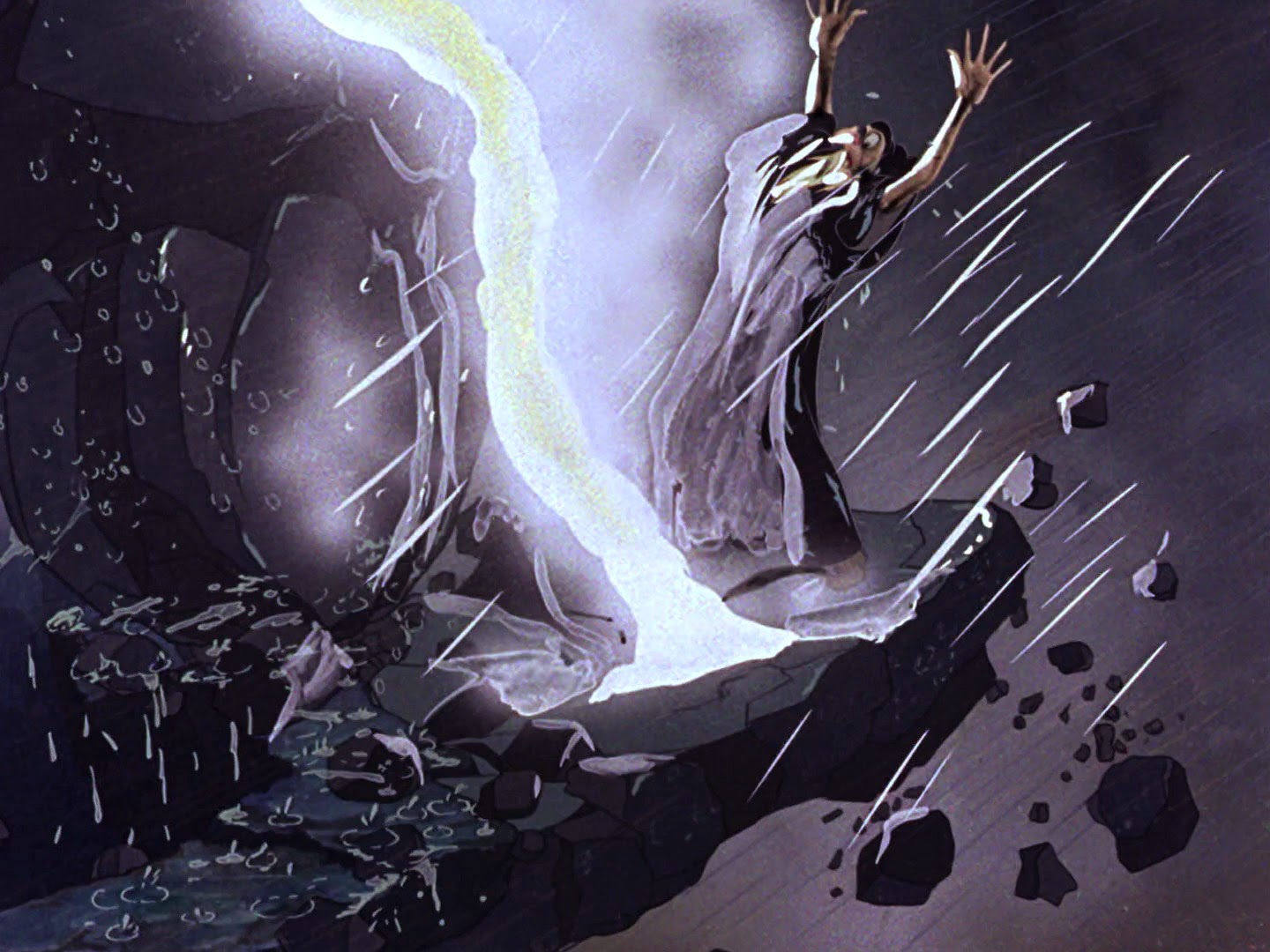 There is a bit of karmic justice here for the Queen because she dies as an ugly old hag and not as the beautiful and gorgeous Queen she was at the start of the film. Â In many ways, Â you could say that she was beautiful on the outside but ugly on the inside and her Old Hag form showed her insides matching up with her true nature and she died as the ugly monster that she was truly was.

Is The Evil Queen A Good Villain?

It’s half and half. I like how she goes about getting what she wants and she won’t stop at anything until she gets it but her personality is kinda boring. She’s a good villain to start with but other than that, there isn’t much to her. Â Join me next week as we look at one of my most despised Disney Villains and see if my opinion changes on the supposed mistress of all evil. As we look at… 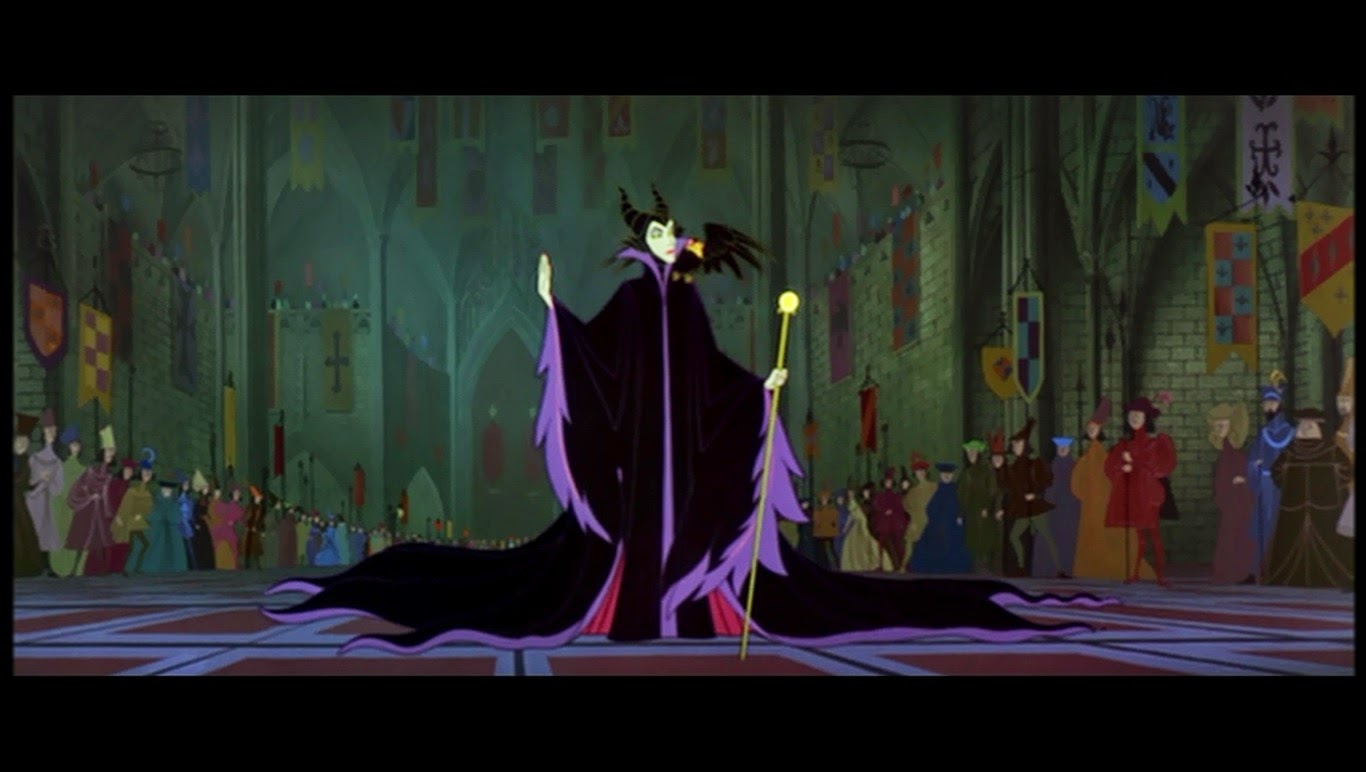