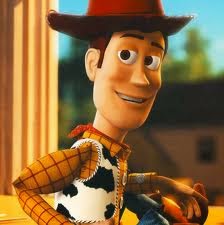 I feel like this song gets overlooked when it comes to songs from the Toy Story trilogy. Which does make a bit of sense as it doesn’t have the same staying power as say, “You’ve Got A Friend In Me” but in terms of Woody’s character, it works well as it gets across the jealously and anger that he is feeling towards Buzz in the first film. His world has been shaken and he doesn’t like that. He was the top toy but now this new fancy toy came in and took his place. He can’t have that.

When Toy Story 2, I got the Woody’s Roundup soundtrack for Christmas. This was a separate soundtrack from the Toy Story 2 soundtrack as it featured songs that you might have heard the fictional Woody’s Roundup TV show. How come, we never got that? And this song here was my favorite. It was just so much fun to listen to and always put a big dumb smile on my face. Granted, I didn’t know much about Riders In The Sky as the only other thing, I had seen them on was Barney.

You’ve Got A Friend In Me (Woody’s Version)

This is my favorite version of this song. And yes, that is Tom Hanks singing. Something about this version just holds the most emotion in it for me. And it comes at the right point in the movie, where Woody needs to hear the message and understand that he needs to be there for Andy, while he still has time to be with Andy.

Years ago, I watched this and did a multi blog review of this show. Basically, Toy Story: The Musical is an ill advised attempt to try and turn a movie that was not a musical into a musical for the Disney Cruise line. And my reaction then was WHAT IS THIS? And it still stands as that. And this song always stuck with me because this song to me almost betrays Woody’s characters and puts his actions in a villainous light. Which I can’t accept. Look, what Woody wanted to do Buzz was wrong and out of jealously but you could sympathize with him but not here and it almost feels worse with him singing about it.

I hope that you’ve enjoyed this look at Woody and the songs about him. As we will be seeing more Woody come, this summer when I open the toy box. And also, happy birthday, Alex.