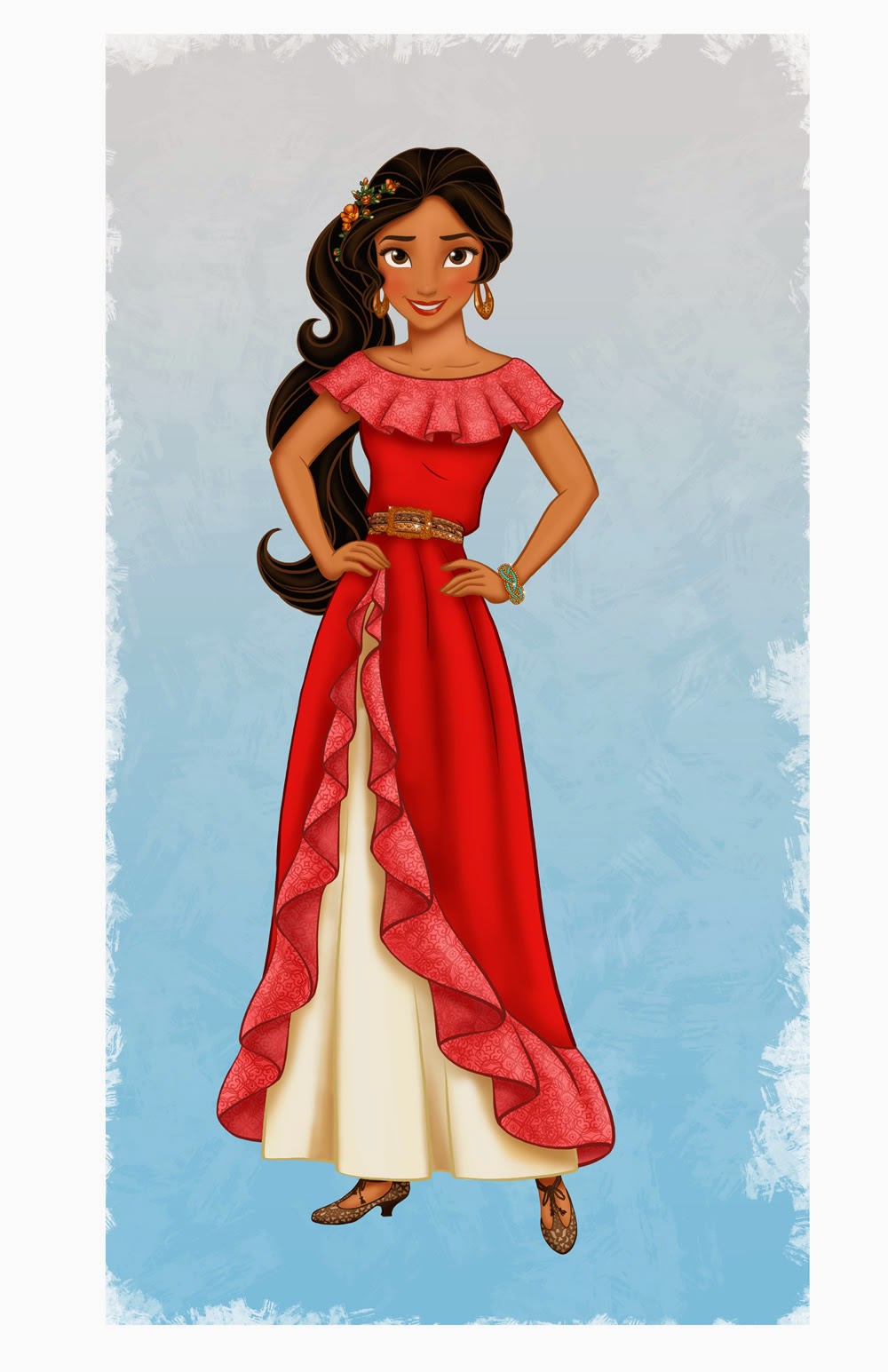 Hello & welcome back to A Look at Disney. Â Just recently, Â Disney made a majorannouncement of their first Latina princess.Â Â  However, Â she will not be appearing Â in her own movie. Â Rather, the character Elena will debut on an episode of the Disney Junior show, Sofia The First and then be spun off into her own titular show. Â Disney Â describes Â her as bold, fun and caring.

The role of 16 year-old Princess Elena, the bold, caring, funny and clever ascendant to the throne in the fairytale kingdom of Avalor, will be voiced by Aimee Carrero (ABC Familyâ€™sYoung & Hungry).

The announcement of this new princess has been met with mixed reception. Â Some are happy Â at Â the prospect Â of a Latina princess for young girls and I get that why not? Â But some Disney Â fans are a little disappointed that she is being relegated to the preschool block and that Disney is not actually making a movie featuring a Latina princess. Â Which is understandable and Disney Junior Senior Vice President, Nancy Kanter did not help by implying that Elena is not actually Latina but rather inspired by Latin cultures. Â Which this ties Â back into Â something that happened around the time that Sofia was premiering three years ago because originally, Â Sofia was supposed to be a Hispanic princess but Disney quickly recanted on that statement, when Â they were getting complaints that Sofia was not Hispanic enough. Â Show creator, Craig Gerber still stands by Sofia Â being of this ethnicity.

As Â for Â my personal feelings on Elena, Â I am interested to see what Â Disney can do with her Â and Â this could be a good Â to Â expose young Â girls Â to another culture that they may not know much about. Â Sure, Â Dora Â has had this turf but Â the main Dora Â show has ended and Â now Nick is airing a new show with her a ten year old. Â My view Â is that I do not Â believe that Disney is looking for a Dora clone here. Â I do believe that Â this show will teach children about Elena’s culture but Â it will Â not Â talk down to children like Dora does. Â And with Elena being older than Dora at 16, Â that could Â lead Â to some Â interesting storytelling opportunities because as I’ve read as one of the big themes of the show will Â be Elena Â learning how to rule her kingdom.

At the end of the day, Â I feel I need to see more of this new princess before I can make a judgement but I do feel that Disney is trying to do a good thing and I hope it works out for them. What are your thoughts on Elena? Tell me in the comments. Peace!