Tokusatsu in review Short: Power Rangers Dino Charge “Powers from the Past” 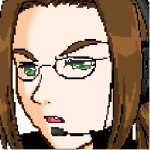 Power rangers has a new season…and it doesn’t SUCK?!? Rejoice, as Shinta gives his thoughts on this astounding turn of events revealed from the sneak peak of the show’s premiere episode made available by Nickelodeon.

Two corrections/clarifications I should address as I did not have the time to put them in the video.
1: Yes, Asteroids can get into smaller ranges of size, closer to that depicted. However, more people who see this are likely to look at them and think ‘meteor/meteoroid’, as for a long time, Meteoroids were considered to be counted as space rocks whose higher range was around 10-30 meters in size. That’s what I was taught Through Grade School and College. But apparently that range has been reclassified and shrunk in recent years–Not unlike Pluto no longer being considered a planet. So while many could now technically be considered Asteroids, their sheer number is still a problem due to what has been discovered about that age, and inconsistencies in scaling through their showcasing IN the episode.
Plus, Y’know, it’s been proven to have been a Single asteroid by archeological survey. Possibly some fragments of the main mass scattering to hit elsewhere, but still a primary impact.
2: Scientific inaccuracies are more significant in fictional/fantastical settings when there is no critical reason for diverging from what is known. Being accurate or synergistic to History and our understanding of the universe Helps add grounding and realism that makes the content more accessible and interesting to re-watch again and again.
Sledge caused the event that would then kill the dinosaurs? We have no significant problem with that, adding a new context to the cause. But how it was showcased and framed is the more annoying and critique-causing part of the narrative, as there’s too much of a divergence without justification for it to be taken seriously.
Kyoryuger actually sidesteps this, as Deboth’s war with the Dinosaurs left no major evidence; and the actions of their legion, in specific the Zetsumates (Nagareboshi, Viruson and Hyogakki) actually DO sync up with historical accuracy, just with a new Factor behind the central cause in a similar vein to what was being done with Sledge. Nagareboshi brought the asteroid Down that did the most significant damage, the impact allowing toxins into the Atmopshere and blotted out the sun, which made all the easier for Viruson spreading disease and Hyogakki creating an Ice-age. It works there, because it plays into History, it doesn’t straight-up rewrite what we know for something that in the long run, will likely not matter to the show. And such was being done by The visuals of the episode.