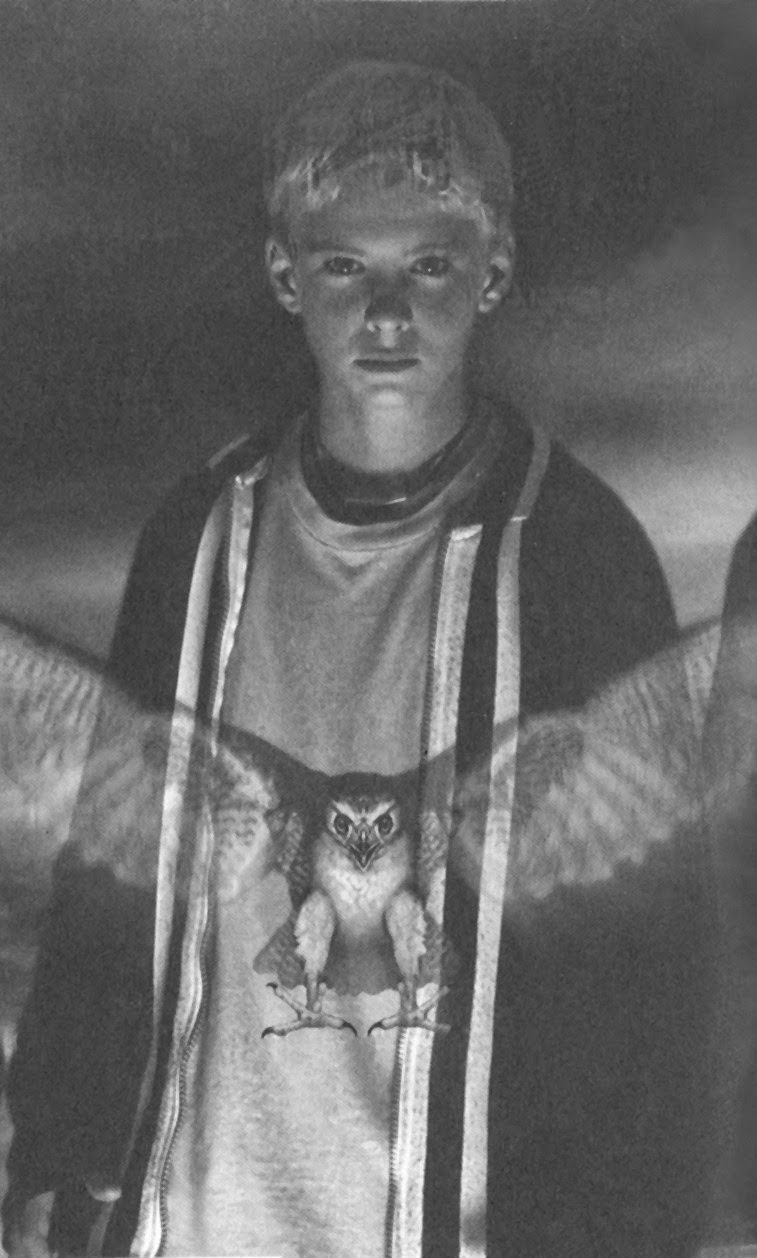 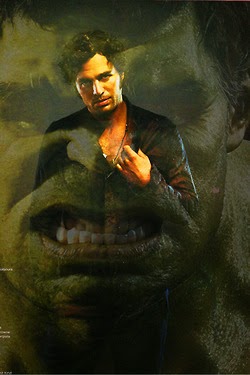 This is a blog post I have been meaning to make for a long time. I didn’t find the time before andÂ  I needed to find the right way to word it. Of course now I’m writing it as I’m recovering from being sick so I guess wording it correctly might not happen.
Some of the Animorphs fans on tumblr like to play around with the idea of an AU/Crossover where they match up an Animorphs with an Avengers. Such as Marco becoming Tony Stark. I don’t mind most of the choices but I’m always annoyed when people say Tobias should be Hawkeye and no one else.
Is it the HAWK part of HAWKeye? Is it?
But no one says that Tobias should be Bruce Banner. This infuriates me as I tend to see them as being highly similar. And it’s one of the reasons I won’t ever make an rp tumblr for Bruce Banner (another being that there are already so many good rpers for the character that I wouldn’t want to intrude).
Before I begin I’ll state that I’ll be going with Bruce Banner from the Marvel Cinematic Universe (MCU). I think I’ve heard his backstory is different if you look at different stories.
Let’s start off with the simple fact that both of how their bodies are changed. 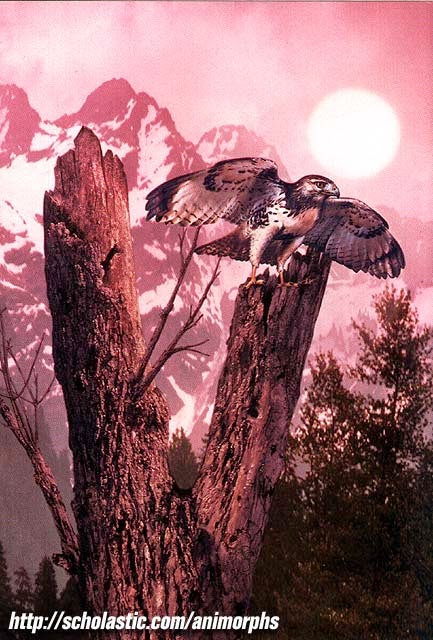 Tobias gets stuck in his red-tailed hawk morph by the end of the first Animorphs book. I go with the theory that Tobias purposefully got himself stuck in morph and used the situation to cover that up. He then learned being trapped in morph had bad consequences. So it was his fault that he got stuck in the body of a hawk.

Bruce Banner ends up creating the Hulk, aka his alter ego, because he was so sure of what he was doing would work. Things go wrong and he ends up having to go on the run because the man he worked for thought Bruce was now a piece of property. So it was his fault that he now has the alter ego of the Hulk. 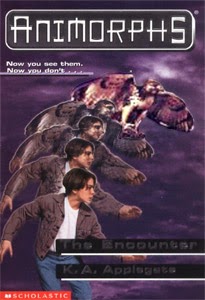 Tobias is treated differently from the rest of the group. The others don’t know how to treat him now that he’s a hawk. The others in the group are reserved of how to address him and make it harder for him to take control of his current situation. Marco is the one who picks up the quickest of how to treat Tobias. Rachel loves him but there is always the thought in her mind of Tobias being human. Even when Tobias tells her differently. 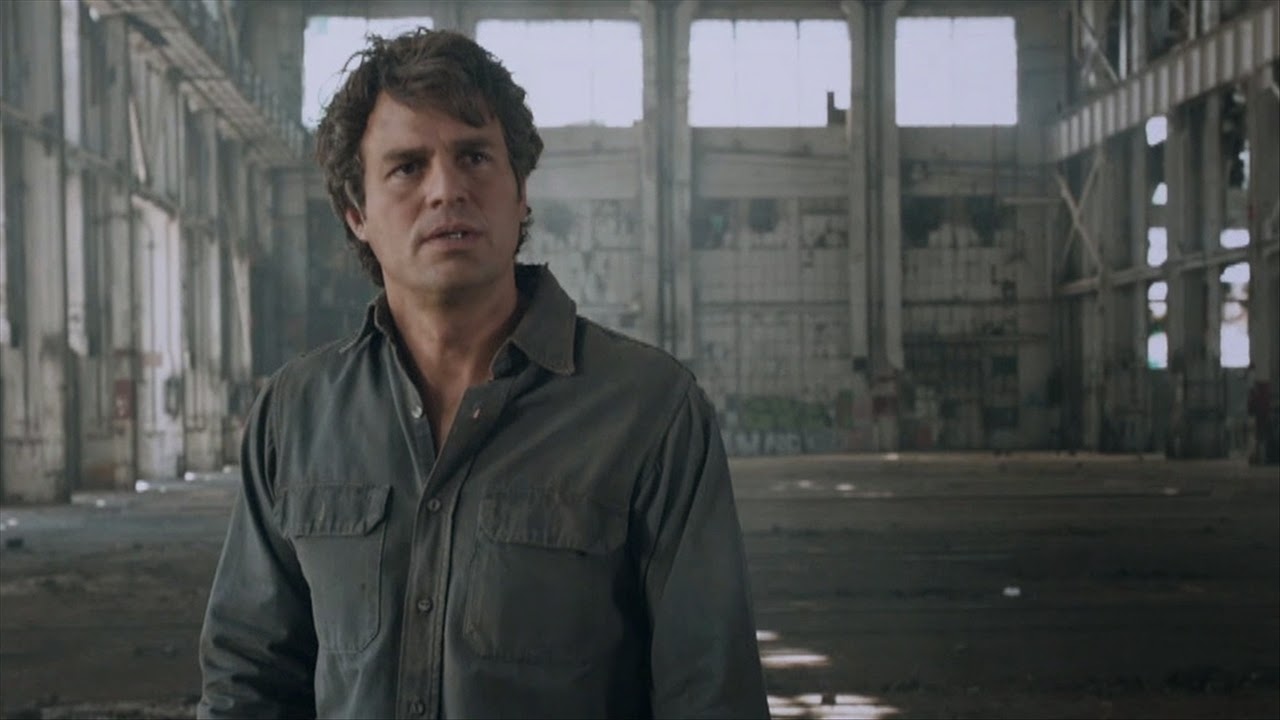 Bruce Banner is treated differently from the rest of the group. A lot of them are afraid of Bruce losing control and fucking shit up. They know the Hulk side of him is unstoppable and so are always on the look out. The three people that I see as treating Bruce as human are Betty Ross, Tony Stark, and Steve Rogers. Besides that he has to deal with people seeing him as a monster which really hurts his self-esteem. 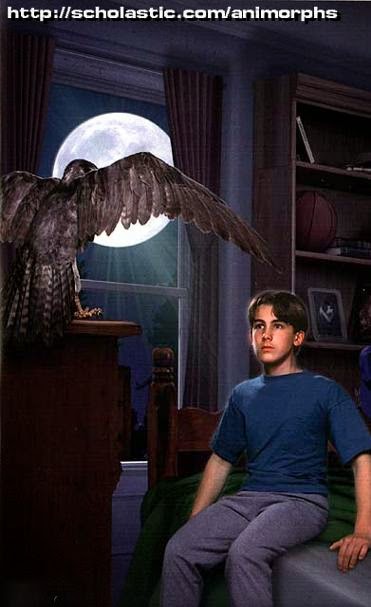 Tobias has to deal with a different personality alongside him. He has to deal with still being a boy but also allowing the hawk mind to take hold. This happens very violently in #3 The Encounter where he nearly kills himself due to him making his first kill. He eventually does make a home in the ‘I’m not quite a boy and not quite a hawk’ place. 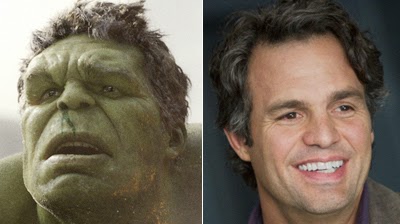 Bruce Banner has to deal with a different personality alongside him. Bruce only wants to help but he finds himself with the Hulk who is a brutish alter-ego who will start attacking anything moving. And even seems to threaten lighting and thunder at one point. Because of Bruce not liking the Hulk he tries to kill himself. The Hulk takes over and spits the bullet out. Bruce does seem to be more comfortable controlling the Hulk than he was when the accident first happened. 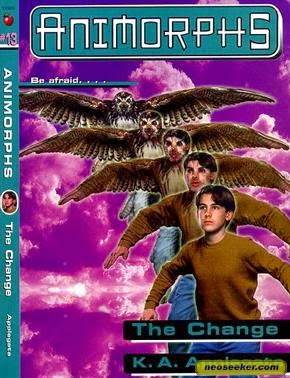 Tobias has a reserved personality. He will joke and get angry, but he’s a mellow character. He’s not a person you’d expect to like to be in the spotlight. Hell, when the war ends he flies away into nature. Though that’s more to do with Rachel’s death than anything else. Tobias also wants to help as he was one of the first Animorphs to really be passionate about fighting the Yeerks. If it wasn’t for him, Jake might have not even begun to fight the Yeerks. 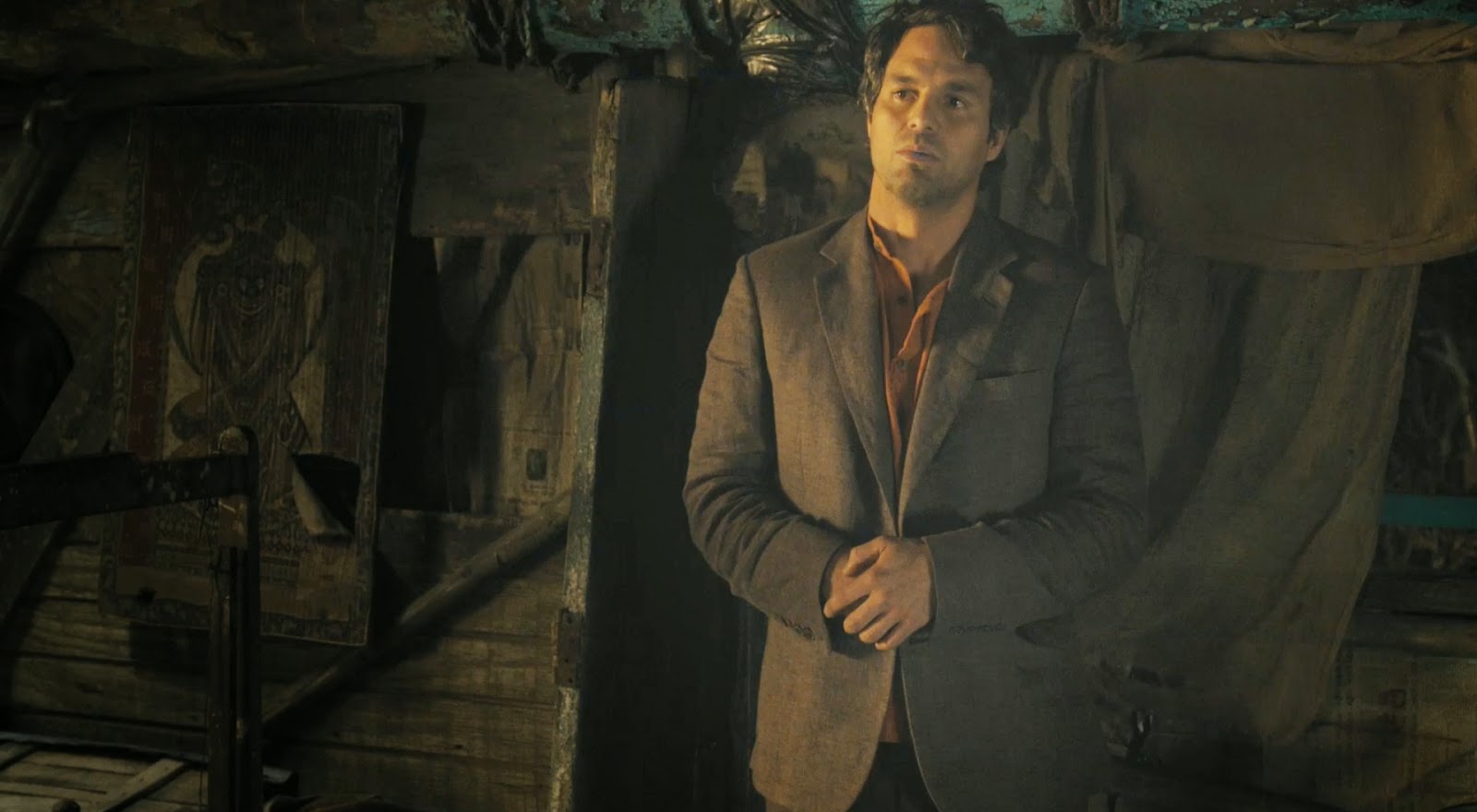 Bruce Banner has a reserved personality. If the Hulk wasn’t a part of him he would spend his time helping people. Even while on the run he, at one point, takes up the role of a doctor. Bruce is also very smart. Some of his shyness might be due to how the majority of people treat him. Why would you feel comfortable with people who only see you as a monster? Hence people like Betty, Tony, and Steve are a blessing. 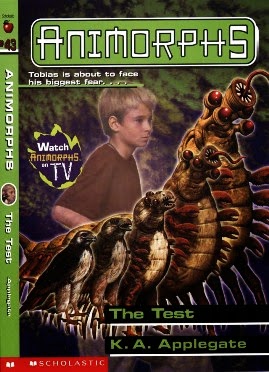 Tobias doesn’t feel like a worthy member of the group. This deals with him prior to #13 The Change more than after. I’ll need to get further along in my re-read to decide on how Tobias evolves as a character. Anyways, before he regains his ability to morph he hates the fact that he can’t join the others on certain missions. He feels bad about this because he doesn’t feel useful or that he’s an actual part of the team. The other reason he feels bad is because he has to watch his friends risk their lives while he remains safe. In #3 The Encounter he joins in the final battle of the book because he can’t stand being in the background anymore while in #4 The Message he doesn’t want to vote due to him not being able to participate in the mission.

Bruce Banner doesn’t feel like a worthy member of the group. In The Avengers Tony and Bruce have a little chat. Tony is more compassionate with Bruce than he would be with another person. Some things about both characters are revealed at that point. Bruce says that he feels exposed in comparison with Tony being able to put on his Iron Man suit. Bruce feels like the Hulk is dangerous and when he fights there’s no armor backing him up. Unlike the other members of the team, he has to abandon a part of his own mind to fight. He is exposed both mentally and physically. When Nick Fury reveals where Loki is being held it’s revealed that even Fury doesn’t trust a member of his own team so much that he’d try to kill him if things go wrong.
So that is why I see Tobias and Bruce Banner as nearly being the same character. I hope I have explained my points well and you’re free to debate any of them with me. Though if you just say Tobias should be Hawkeye with no reason why…
Share on Social Media
twitterfacebooktumblrredditemail
Follow us on Social Media
twitterfacebookyoutubetiktok 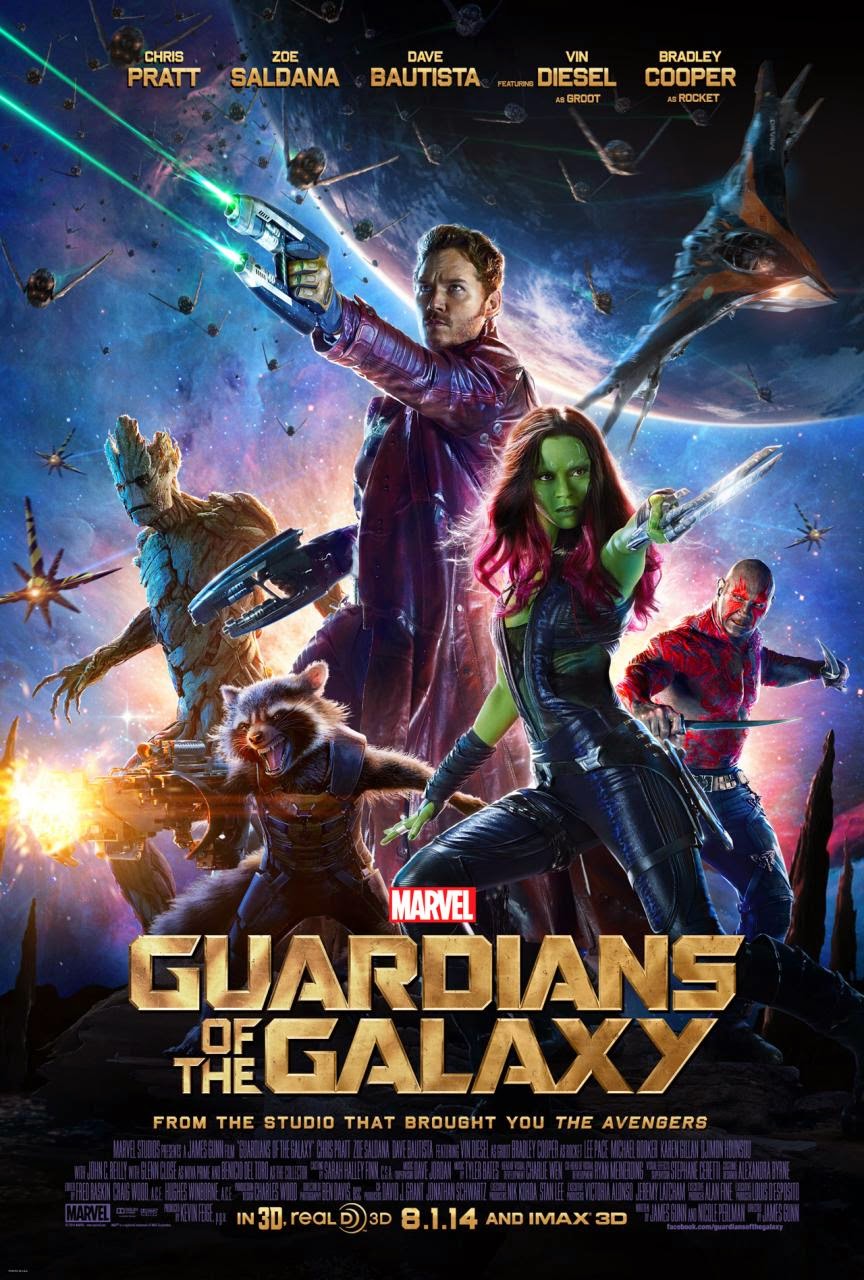