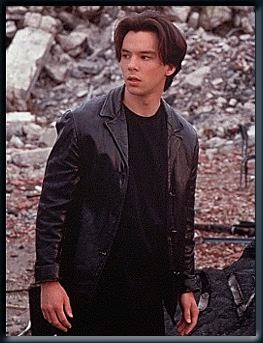 This is for Secret Santa but I planned things so horribly that I didn’t get it out on my blog until after Christmas and then haven’t put it on the site until now.

This is easy because she likes Nickelodeon and that channel did a godawful attempt at adapting the Animorphs book series. I was supposed to do a review with her on the show earlier this year but that didn’t pan out due to my lack of editing tools.

For now, let’s focus on Tobias.

In the books by K.A.Applegate, Tobias is my favorite character. He is the outcast who, upon finding out about the Yeerk Invasion of Earth, is the one who is most eager to fight the Yeerks in the beginning. He also uses the fight to remind himself that he’s human.

His first book, aka the book where he is the narrator, deals with him learning to be comfortable in his new life as a hawk. In it he attempts to commit suicide and then tries to leave his humanity behind.

Tobias deals with not having the ability to morph and trying to feel like a useful member of the group. When he gets his ability to morph back, his relationship with Rachel becomes harder in a new way.

All in all, Tobias is a great and complicated character in the books. 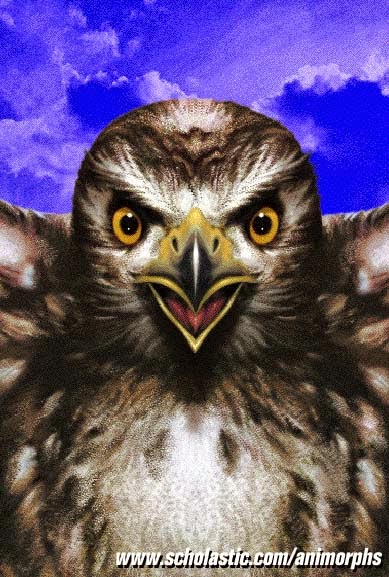 But in the show?

To say they took a shit on the character would be an understatement. This strong character isn’t as into fighting the Yeerks at first because it means he has to deal with people. Tobias in the books was a loner, but not to this extent. It’s not until the first fight that he shows that he’s going to be a member of the team.

I guess they made this decision because you can’t have an abused/loner kid who also doesn’t mind working with people when that means he can fight off a great evil.

And then the whole plot of #3 The Encounter where Tobias learns how to deal with being a hawk? Totally scrapped.

The show Tobias is comfortable with being a hawk. Okay, he flies away for a little bit and then he comes back. But none of any depressive storyline is shown or hinted at.

Part of what made Tobias such an intriguing character was the fact that he constantly had to deal with having a hawk side of him. How he changed and adapted to his new way of life that he had to live.

Of course Nickelodeon’s version of Animorphs had a huge problem with taking anything dark, depressing, and thought-provoking out of the show.

Oh, yeah, and in the show Tobias’ hawk form isn’t even portrayed by a red-tailed hawk.

So if you haven’t read the books: Read a good YA series by picking up Animorphs today.

And if you haven’t seen the show: You are blessed.