It’s Christmastime in Arendelle and Elsa has decided that after the years of neglect and of ignoring Anna, she wants to give her little sister, the best Christmas ever. I see nothing going wrong with this at all.

So, Elsa gets started planning a perfect Christmas celebration all while keeping Anna out of the blue as she doesn’t want to Anna know but I think you all know, where this is going to lead.

Okay, the scene of Anna knocking at the door is clearly inspired by “Do You Want to Build A Snowman?” It’s just so obvious. As we see throughout the book, Elsa gets so caught up in planning the perfect Christmas and even gets help from Olaf baking cookies and help from Sven decorating the tree and hiding presents. In the hustle and bustle of all this, Kristoff suggests that maybe the thing that Anna wants most is to spend time with her big sister.

Just as Elsa is stirring Christmas punch, Anna pulls her aside and decides that they need to have some time together and have a snowball fight. Elsa reminds her younger sister, that one of them has magical snow powers.

And the story ends with the two spending tome together by the fireplace. All in all, I wanted to like this story and there were aspects that I did. It’s not a bad Frozen story but I am annoyed that it felt the need to retread ground that we have already seen. It’s a fine Christmas story but not a good Frozen story.

This was for all intents and purposes, Elsa’s story and it’s not bad but I feel like that she has already learned this lesson. I can see why, they chose to use her and it was sweet that she was going out of her way to give Anna, the perfect Christmas. When in reality, Anna just wanted more time with Elsa.

With Anna being my favorite character from Frozen, I was bummed that this story just like Elsa ignored her. Now yes, that had to be done for the story that was being told but I don’t like that this story didn’t have much Anna until the very end with the snowball fight.

As a Christmas story, this is fine but as a Frozen story, it’s rather disappointing. I don’t dislike it but focusing so much on Elsa and ignoring Anna bums me out because A. the movie was about Elsa and Anna, B. this sadly reflects what has actually happened in pop culture with people loving Elsa so much, they push Anna aside and C. Anna is a great character and one of my favorite Disney characters. I like Anna more then Elsa and to see a story ignore her is heartbreaking. Yes, the lesson of the story is that Elsa shouldn’t ignore Anna but we’ve already been through that lesson. A Christmas story set in Arendelle can work with both Anna and Elsa. I don’t dislike the story but it’s just annoying that this is the type of story that they chose to go with. And you know what a story about Anna being ignored could have worked without actually ignoring Anna. You know why, we saw how she felt in Frozen with Elsa ignoring her. Jeeze, this is just frustrating. As a Frozen fan, I know that there is a better story in here somewhere than the one they gave us. Because at the end of the day, this story is quite frankly disappointing. Alas, Â this is the end of our look at Â the Â stories. Â Join me tomorrow as we head to Equestira to look at a fan project, that places Luna in one of the most popular Christmas stories of all time as we take a look at the audio drama… 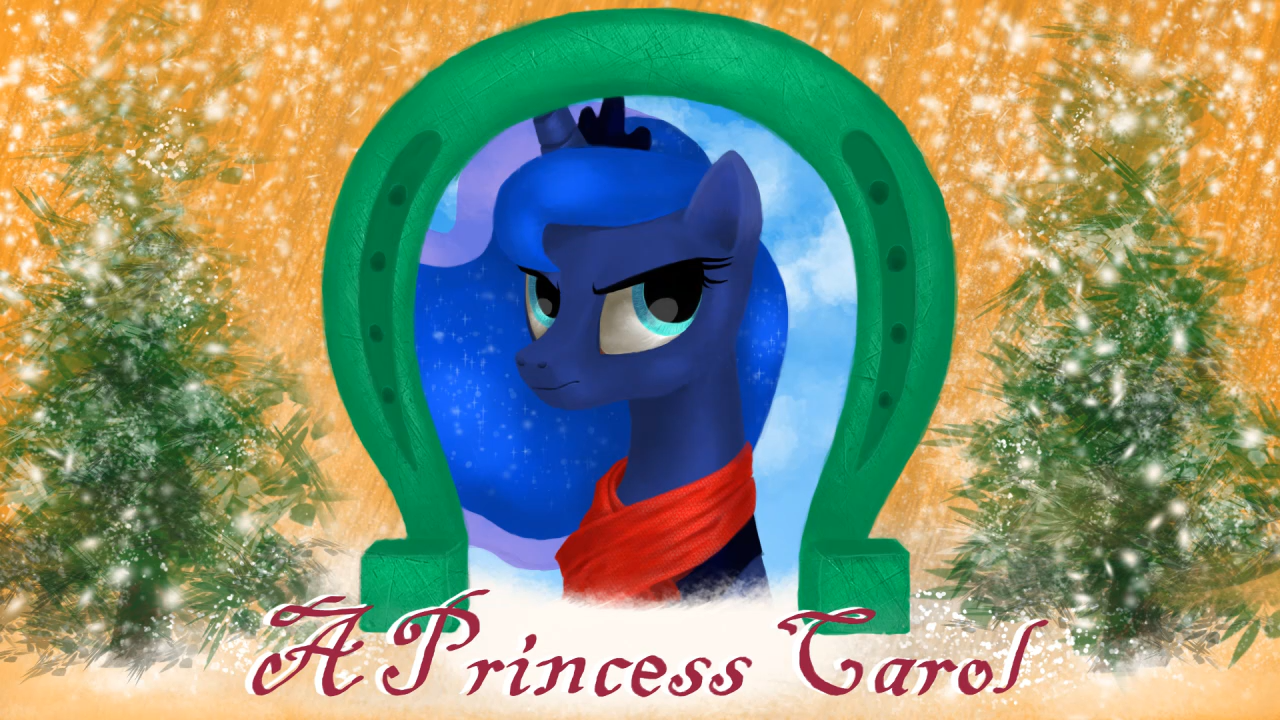