Yes, I saw this movie-I’m kind of a sucker for checking things out of morbid curiosity…

Now, how do I describe this movie?

Well, let’s say someone took the script for a really generic T.V. Movie and then decided, at the very last minute, to add a snarky character to keep making jokes in an attempt to make the movie come off just a little more interesting than your average, disposable Christmas T.V. fodder. That’s pretty much Grumpy Cat’s Worst Christmas Ever!

The movie is mostly the same type of Christmas TV movieÂ you’d expect on Lifetime, Hallmark, ABC Family, and maybe even Disney Channel. It’s got the same bland, sentimental score you see in those movies, the acting, for the most part, is just as wooden as those movies, and the script is just as generic and by the numbers as those movies.

I mean, this is the story: a 12-year old girl is lonely, has no friends, and is always being made fun of by some extras from Mean Girls (yes, this movie has popular girls!). She’s so lonely and sad that she wishes she hadÂ some friends by putting a coin in a magic wishing fountain. Meanwhile, Grumpy Cat lives in a pet store and is too tough to admit that she wants an owner but, secretly, she actually does. Their paths cross when two bumbling robbers and an evil security guard want to steal an expensive dog so they can just give the dog right back to the owner and get the money. Now it’s up to Grumpy Cat and this bland little girl to stop the robbers, Home Alone style! Oh, and she can understand Grumpy Cat. And their’s a sub-plot where her single mother and her bland love interest fall in love while at a christmas party that is filled with so many white stereotypes, it would offend Danny Tanner!

If the movie just stuck to that, this movie would pretty much be forgotten right after it premiered and have absolutely no relevance besides being something for Lifetime to fill it’s schedule with every Christmas.

Thank god for Grumpy Cat, then! Yeah, what should be the worst thing about this movie ends up being the best thing about the movie! Sure, Grumpy Cat is actually barely in the movie, despite the fact that her name is on the title, and she pretty much stops the movie to make some snarky comment rather than contribute to the plot. And when she does contribute to the plot, it’s either to talk about her cliched backstory or, at one point, say a sappy speech about how she has grown to love our bland (actual) protagonist (and even says a corny-ass line about it). Plus, there are a lot of times where it’s obvious Grumpy CatÂ either doesn’t really want to do the movie or is being moved by an off-screen stage hand to look like she’s doing something. But, the thing is, seeing as the movie is rather dull when she’s not on screen, her snarky and wise-ass attitude makes the movie more fun and interesting to watch. She is pretty much helped by Aubrey Plaza’s performance, who somehow puts in a lot of energy while still remaining deadpan, and the rather cheesy visuals that bank on just how cute she is (like dressing up like a superhero, dressing up like a stereotypical british person, or using a paintball gun). While I wouldn’t say she makes the movie good, I would say that she possibly makes the movie go from being plain bad to being a guilty pleasure.

That being said, there are a lot of other bad things about the movie. The movie tries to make self-aware jokes but falls flat on it’s face because there are a lot of times where the movie plays things that are cliched and ridiculous straight! The movie pretty much provides multiple opportunities to make fun of itself and it always misses them! For example, they hardly make a joke about just how by the numbers the plot is other than obvious things like “yeah, no one cares about this couple” or “yeah, I don’t have a heart of gold!” But where is stuff like “yeah, these popular girls aren’t walking cliches at all?!” or “yeah, this movie is ripping off Home Alone!” They also make a joke about how cat’s can’t drive cars yet, when the 12-year old girl drives a car, they don’t say anything about it! Seriously, Grumpy doesn’t even say something like “I’m not sure this is much better!”

What does work a little better though is it’s attempts at random humor-not because the jokes are funny but these jokes are so strange and so out of nowhere that they kind of become entertaining in a car wreck-kind of way. You want to change the channel but you find that you can’t!

Actually, speaking of humor, as charming as Grumpy is, a lot of the humor does fall flat. I mean, the movie literally has lines like “advocat” and they make a rape joke in a family movie at one point! No really, at one point, the 12-year old girl’s mother asks if the robbers touched her and Grumpy Cat says “woah, that’s another type of Lifetime movie!” Seriously, I haven’t heard adult jokes in family movies that were so unsubtle since Jack and Jill! And, at one point, the 12-year old calls Grumpy an asshole! Literally!

Their is also the robbers. The actors playing the robbers do have chemistry and work well off each other-they should be the second best thing about the movie after Grumpy! The problem is the writing really lets them down! As well as the actors work off of each other, the characters come off as stock Harry and Marv clones. At the end of the day, they just make you miss those two!

The production values are also awful. You may have noticed, in the trailers, that Grumpy Cat’s lips don’t move when she speaks. Well, their are other talking animals in this movie and their lips don’t move either! This ends up being weird when we see the animals talk to each other because it looks more like you’re getting inside their head then actually seeing them talk so it ends up looking like their somehow communicating with each other through their mind rather than talking with each other! Also, their are a lot of times when Grumpy is replaced with a stuffed toy or, like I said before, it’s obvious that someone is making it look like Grumpy is moving.

However, the cinematography itself is a little better than your average Lifetime movie. It’s not great but the photography is pretty good and the colors are well done.

So, what’s my final verdict on this movie? The movie would be plain bad if it weren’t for Grumpy Cat. But, thanks to her and Aubrey Plaza, it ends up becoming somewhat of a guilty pleasure. But it’s not really a movie that you should watch alone. It’s more a movie you should watch with your friends if you’re in the mood for a bad movie night, so you can mock it with them! Trust me, I just mocked it with my cousin and, when he was out of the room, the movie wasn’t as fun to watch. 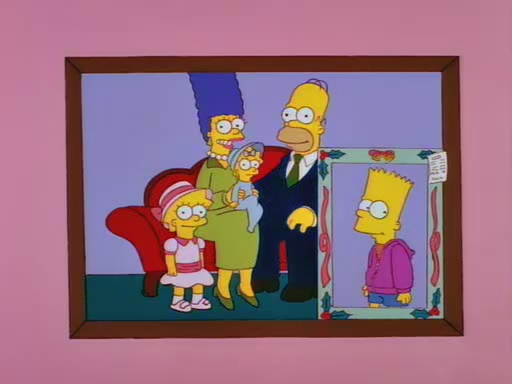