A Look at Disney: My Thoughts On The Hunchback of Notre Dame Coming To Broadway 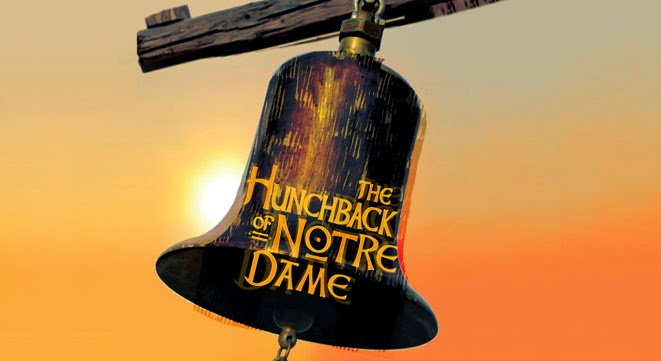 Hello & welcome back to A Look at Disney. The Hunchback of Notre Dame, a movie that many consider one of the most underrated Disney films of all time and well, they aren’t wrong. What if I told you that this year, Disney had adapted Hunchback to stage. Yes, that’s right. Hunchback is now a stage musical. Technically, this is not the first time as the movie was adapted for German stages back in 1999. 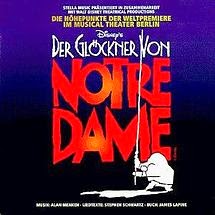 But this is the first time that an American production has been staged of the musical and it is currently playing at the La Jolla before being transferred to the Paper Mill Playhouse and if I remember correctly, that is where Newsies got it’s start. Alan Menken has returned to write some new songs for the musical but he is not alone as joining him is Stephen Schwartz, the man who wrote the classic songs of Wicked such as “Defying Gravity”. So, we know the music should be good. And of course with any musical adaption, liberties will be taken and from what I’ve read, they changed a few things in this adaption for one, Frollo is no longer a judge but rather just a man of the cloth and secondly, if I have read correctly, Esmeralda does die in the stage version and lastly, I heard tale that the gargoyles had been cut from the story. I imagine that last bit of news will make people happy as many people thought that brought the movie down. 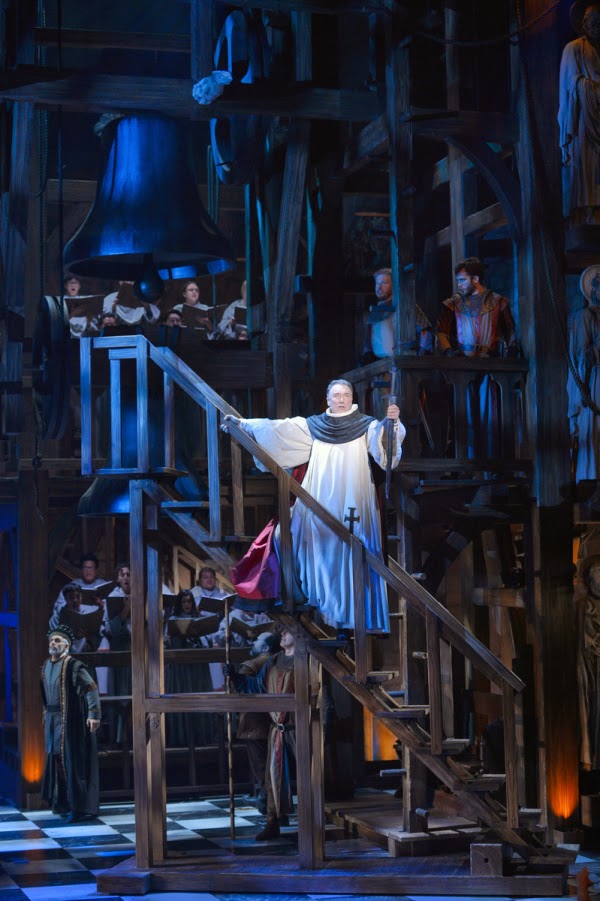 Just looking at the pictures that have been released of the production thus far, I’m in awe of the set design. It is just so gorgeous. And don’t you worry, “Hellfire” is still in the musical but according to people on Broadway World, who saw a preview, it had been moved to the end of Act One instead of being later in the story like it was in the film. I would actually need to see this in person to see how this works but I imagine that this was done as to set up the struggles that Frollo will face with lusting for the gypsy. And now of course, one cannot have Hunchback without Quasimodo. 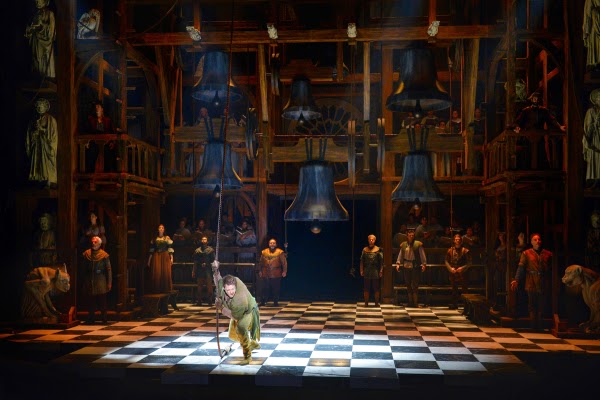 Not bad but there is one thing that I’ve heard that I’m not sure I’m a fan of. Apparently, you see the actor who plays Quasimodo become a hunchback onstage. Apparently, he walks out on stage as a normal actor and is then handed a pillow and hunches over and transforms into Quasimodo. That seems like a really silly idea. I don’t know how well that will work but I imagine that is something that has to be seen in person to understand how it works. All in all, I’m excited for this and can’t wait to download the soundtrack. It’s funny as this is my opinion, a rather dark horse candidate to be adapted. Not because of the source material but when you compare it to the other adaptions that Disney has done, this is certainly far darker than say The Lion King or Aladdin but I’m still excited to see what they do with this onstage. What are your thoughts on The Hunchback of Notre Dame coming to stage? Let me know in the comments, peace.