A Look at Disney: Can We Talk about The Removal of The Sorcerer’s Hat From Hollywood Studios 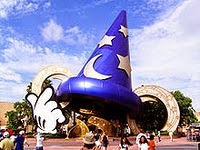 Hello & welcome back to A Look at Disney. I have stated in the past that of the 4 Disney World parks, Hollywood Studios is my favorite in terms of what it tries to evoke but there is one thing that I have always despised in this park. The Sorcerer’s hat.

This thing first made it’s appearance during the 100 Years of Magic in 2001 celebrating Walt Disney’s 100th birthday. I know a lot of Disney fans such as myself do not like this thing as we consider it an eyesore to look at and just seems so silly in the park. 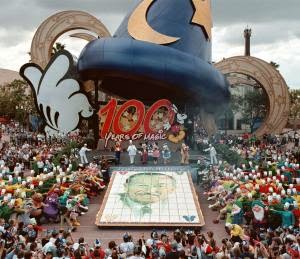 What I mean by silly is that to me it doesn’t seem to fit the theme of evoking Hollywood. Now some could argue that this being based off of the most iconic segments from the movie that is considered Walt’s magnum opus should do that but the thing is that this park is (or was) supposed to celebrate all of Hollywood. What does this bring me to? Well, it has been reported that the infamous hat that is loathed by many fans will be removed in 2015. Now, this is not the first time that this park will get a new centerpiece as this replaced the much better Earful Tower. 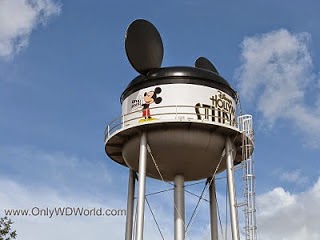 Now, the Earful Tower wasn’t as popular as the hat but to me it did a better job of evoking the feel of a movie studio because think about, when you see movie studios on TV or in the movies, you might see a water tower and this fits that theme perfectly. It’s something akin to the Warner Brothers Water tower. 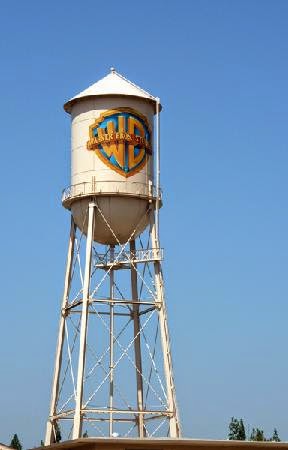 This does lead me to speculate on what the new centerpiece will be. I’d like to see it be The Great Movie Ride but I do not think that will happen unless Disney is able to work something out with the owners of The Chinese Theater, which The Great Movie Ride’s design is based upon. As it has been speculated but not confirmed that part of the reason that the hat stayed up is because when The Chinese Theater got new management in 2000, the owners of the real location wanted Disney to pay royalties for every picture that was taken in front of the replica theater and therefore Disney built the hat instead. Now, I have heard this numerous times before but it does seem interesting to think about considering what we know. And this is the main reason, why I do not think The Great Movie Ride will become the new centerpiece. My thinking at best is that the people at Hollywood Studios are working something new to replace the hat and whatever it is, I think I’ll like it as getting rid of that hat is a smart move in my opinion. Because as I said in the long run, it just doesn’t seem to fit in with what Hollywood Studios is supposed to be. Now granted, Hollywood Studios doesn’t know what it’s supposed to be right now as it is going through a lot of changes and this is one that I think will only enhance the park. What are your thoughts? Tell me in the comments. Peace!