Welcome to another out of the norm blog, and with seeing that Halloween is almost over I thought to do just some mini list until then, with that said this mini blog are the top monsters I have enjoyed over the years, the range goes from classic to basic to maybe not everyone has heard about or have yet to seen on the big or small screen.

One of the most up-to-date monsters I have come across in the land of fiction and high end fables. And well worth the look into of it. Just the sheer power this beast holds on its own, a monster born from the temptation of flesh and short temper. To others would call it the Spirit of Winter, for upon sight of it will bring cold, famine, and starvation.

In deeper of a look through, this beast was made out of greed, gluttony, and intemperance that formed a once growing civilization (As many tales go) but when a untold describe plague begun; changes for surviving were needed. Going to the point of abandoning everything to live in the woods that walled the city, having it decay in years to come, for the people becoming one with forest, losing any matter of humanity into becoming . . . well this . . .

For the people to adapting, going as far themselves to eat one another, skinning animals to blend and trick those who dared enter the woods that were freed of sickness, but the sickness that made themselves.

Out of best choice of words, some could call this ugliest one out there, but when seeing of how this animal came to be, is just one of the saddest legends to know.

To some people of once or now young age, when hearing bedtime stories, they might had have Puck, Loki, Reynard the Fox, Jack Frost, and maybe those of more modern kind stories, taking a guess; Harry Potter books or Last Airbender . . . maybe comic books as well.

Yet, when I was growing up, and the few times were spent time with family in Kauaâ€™i or Maui (Depending where the family gathering would be) during some summers, the tale I would always hear, was the Kupua. Shape-shifters, some rare born with powers, that would sometimes grant a good future, choose you as a target for the most unwanted pranks, or just eat you because they could and would if needed be.

Rumor sometime goes, that finding them would be a doubtful as their shape shifting is unlimited from leaves to clouds to something that lives out at sea. Reason for so of this, is that staying safe and protecting their home and people that live on the islands is easier that way. The closest anyone was able to find them, is just as old as them . . . 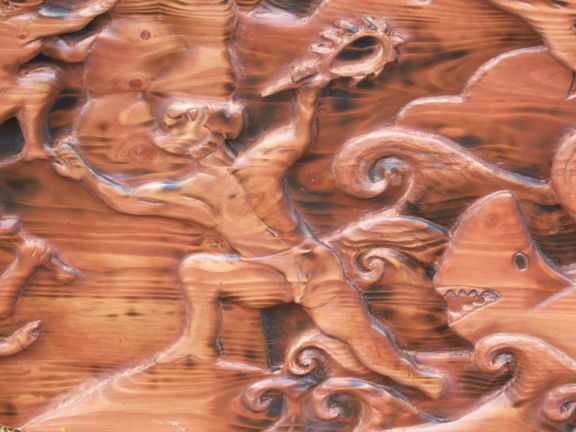 As it goes for the legend of how the islands came to be, is quite a fable. To sum it up: a fishing trip that took a turn for the weird, as a brother of three caught the biggest haul there was, but it only lasted for so long, until years afterwards, it was there to stay, along with all lived upon it. One of the items was the Kupua, whom took this as a blessing to see what new world held within or end the life that broken their world apart.

So if there was anyone who dare tried to find one, may hope it likes you be what keeps you alive.

With all the big hype there is for the Loch-ness Monster in Scotland, which in some ways I do find fascinating, but its smaller cousin has wormed its way to my heart, is the Dobhar-chÃº, a creature that is about the size of an otter and offend mistaken as one in old allegories. About the size of a Terrier, with a head of shark with short hairs covering most of it body, off yellowish-red hue flippers like a duck and quite a fighter if messed with.

A fast little demon it is, with matching screech that in rumor has made people go deaf and able to pass it down in their kin. As alone, they are never seen as threats, but in group they are deadly. With the ability to not only live in the water but also land, this animal is glad views to remain fiction.

Really would anyone want to go for a swim and find this, not one, but a school of them swimming your way? It is deadly cute, but not an animal worth a pet on the head. Nope!

If everyone has done their history, this one is all about vampires. Beside the classic stable this blood sucker has done in media in general, it is amazing. Sadly there is only been couple of designs the vampire realm has done. The Strigoi is one of them, which should at least get some more love; even a short story would be just fine.

In todayâ€™s culture in killing vampires were easy enough to follow:

Yet, in the hay-day time of the Strigoi, you had to kill it the same way it died before turning in this eyeful . . . 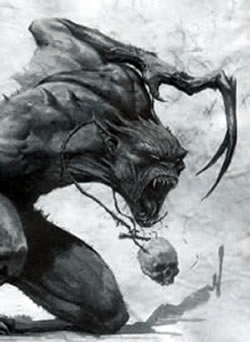 The odd ways in finding out the likeliness is just as weird and hard to do in finding a way to kill it. As for in finding the beast, they must have the following misfortunes happen:

Even to have broken away in trying to kill them, there is still the problem in finding them. Which; just adds to how awesome they are and really need a book or film based on them. Their abilities vary in time line, but farther back in when this start was:

In having that last one would mean, that there is chance of being the victim more than anything else. For that, what are the chances of finding it and the vampire just happen to be the same height and weight as you, well than you could kiss your life goodbye.

Again, this makes this style of vampire to see in action at least once happen.

Letâ€™s take into account of this giant before people say they are done with them. Gegenees is one many giants that have the basic traits each similar in their own regards. But in design and myth break them apart in sheer awesomeness.

Sadly with Gegenees, the third to smallest giant there is just outstanding in its own sacrament. Fear it holds onto, with six arms that are able to climb just as a spider. Skin is stone slab hard; melting this giant is the only way to end it. Hollow eyes that lead to some like a black hole; which leads to the tower of a beastâ€™s belly, that live where mountain and sea meet, something that be fear, if someone saw this climbing tall towers or something. 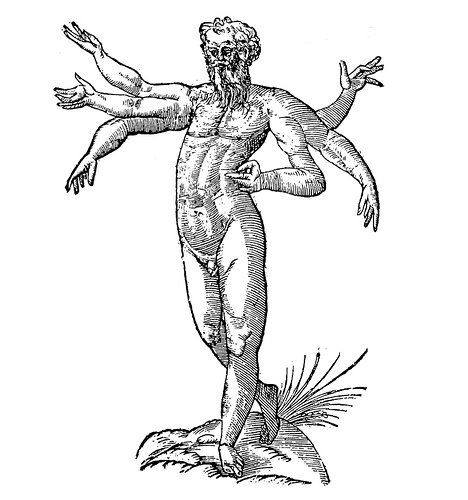 Wouldnâ€™t you, if you saw that scaling mountain sides while trying to get away, when you should be enjoying vacation? Yes? I would.

Okay, so this ends part of the Monster Legend’s list, and will go on later. I hope you are enjoying this and Jim Bevan, count this as a gift to you, to how much I love your monster blogs you used to do and I hope to see them again soon. With that said, later for now guys!