Ota-kun- Let’s Talk About Ponies – How old are the Mane 6? 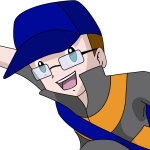 Ok I wrote this forever ago and it’s been killing me that I haven’t posted it since the last â€œEquestria Girlsâ€ movie. Now that there is a new movie however I can’t help but get my 2 bits worth in so brace yourself.

Ok so after watching â€œEquestria Girls,â€ yes we’re still talking about â€œEquestria girls,â€ I wasn’t struck with the same knee jerk reaction other bronies had. Did I like the movie? yes and no. Did I think it was horrible, yes and no. Now before you just think I’m just a fence sitter let me explain.

The film is very much a ‘My little Pony’ film. The animation is spot on to the show, the comedy and references in the movie were just what you’d expect from the writers of MLP. I love the character of Sunset Shimmer and I think having her around in future episodes of the series would be quite a treat as she is essentially the anti-Twilight, and if I think there is any relationship that needs some more development, its the old teacher student relationship between Twilight and Celestia.

Now having seen the second film of course there is much more interaction with Sunset Shimmer, which now with the magic of the macguffin book we can neatly ignore for the time being in season 5. Still I like the learning the same lessons as Twilight down a different path story they’ve got Sunset on. So Sunset Shimmer still gets my approval as a character. Sadly under utilized but ya, she’s good.

But what I didn’t like about the movie is what I want to talk about today. Let’s talk about high school.

I’m not sure where you all sit in the grand scheme of your lives but my experience of high school is a mixed bag. I much more preferred my college life but that’s also not what I’m here to talk about. Why is it that when a concept has been played out, high school is the only logical next step?

I mean X-men did it, even though the entire point of going to Xavier’s Academy is that it’s… you know… an Academy! Superman played out? Put him in High school. Disney’s Hercules, Emperorâ€™s New Groove put em in high school!

I guess it’s got something to do with connecting to your target audience but honestly I didn’t think MLP’s target audience was high school aged. I mean I suppose some of them have to be… on second thought never mind, the MLP demographic is anything but quantifiable so this point is pretty null.

So what about the high school setting really made me upset. Well it was because it kind of shattered my views on the mane 6. See I always assumed they were young adults. I mean I know that Lauren Faust has admitted that she always thought of them as teenagers but that never truly came across in the show, at least not to me.

Now understand I’ll be the first to admit a bias here before going any further. It could be argued: Ota-kun, being a young adult when you started watching the show, any feelings of the mane 6 being more aligned with your age could have more to do with your own interpretation of the characters compared to the canon. Oh you clever, well spoken and might I add handsome viewer, you are correct. Seeing as I am not a teenager, it’s possible that anything I think proves my point beyond physical evidence is just my opinion, that being said I’ve think I’ve got the proof that shows that I’m not just making this up. So lets continue.

Now Digibrony did a really good job talking about their ages with evidence from the show from just before the movie. He surmises that the mane 6 are about 15-18 years old in human development. He even got it pretty much dead on if the mane 6 are truly the same ages in both pony form and human form in the Equestria girls movie. The girls are in their final year of high school making them 17-18 years old. However I can’t agree.

Now, let’s talk about ponies before we go back to their human counterparts. Digibrony makes it clear that the mane 6 could be considered as teens or adults because they share the same model as the general chorus. He states that the non-existent teen pony is a clue that the mane 6 may indeed be teens.

Well I’ve found proof, proof that will shock and discredit you, the shocking missing teen link that will prove that the mane 6 are actually young adults.

You see, Digibrony made the mistake of disregarding Cheerilee. He said that he did this because Cheerilee being a teacher does nothing to prove her age in the series. This is true, pony culture could allow her to be a teacher at a young age. Now before I continue lets confirm something.

In the episode â€œCutie Mark Chroniclesâ€ Cheerilee is seen on stage in an adorable dandelion costume around the same time Rarity is depicted as a young filly, or approximately the same age. Now the artists could have chosen any colour scheme for this pony, but they didn’t! They specifically chose Cheerilee’s colours and hair stlye, meaning they wanted us to know this is Cheerilee.

Now let’s watch this clip from the â€œCall of the Cutieâ€ (and be sure to “look at her Haarrrreee”):

Here we see Cheerilee as a teenager, in all her Madonna-esque glory.

This is your missing link people! It means that: if Cheerilee was a teenager at one point we can surmise that Rarity had to be one around the same time too, and if Rarity was, then so were all the other mane 6.

So let’s take a closer look, despite her fashion choices Cheerilee here is essentially the same as she is now, adding credence to the claim made by Digibrony that the adult and teen ponies share models. However this doesn’t excuse the lack of teen ponies in Ponyville. If there are teens where are they? Well they’d be right in front of us of course.

Here’s a small list of ponies I think may be teenagers:

Just remember these are my best guesses. They may or may not be true.

I think with this new evidence we can say that there has been at least three stages in each of the mane 6’s growth. From the filly seen in â€œCutie Mark Chroniclesâ€ to the teenager that is hinted at by Cheerilee to the young adult that they are today.

And this brings us all the way back to Equestria Girls. Here we see Cheerilee as a teacher, notably older and more mature than all the mane 6 including Rarity. This just kind of irks me and I got be honest, as soon as I saw Cheerilee was older, ya it kind of ruined this movie for me.

Of course this brings in a whole new dilemma when considering the human counterparts with Fluttershy admitting that she is infact a year older than Pinkie in previous episodes, why would they be in the same grade now? The Questions must be burning at your soul!

ButÂ that’s enough out of me, join me next time I feel like wasting time for opinions on ‘Rainbow Rocks’ otherwise known asÂ the extremely boring version of Scott Pilgrim.