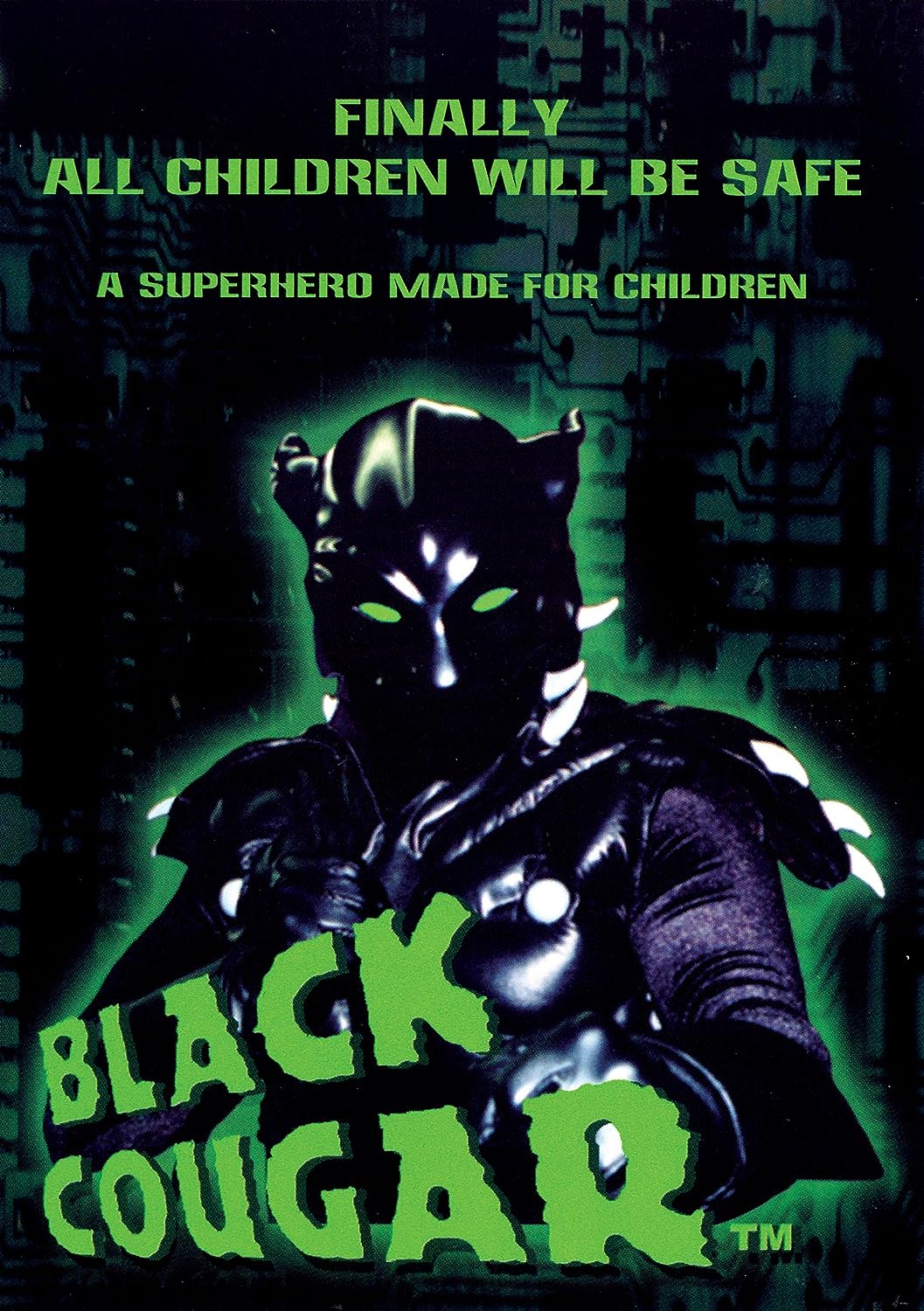 I picked up the DVD from Amazon because I saw the very energetic creator Silvio Disalvatore on the TV show “American Inventor”.

Back of the box:

Know going into this that it’s not for everyone.
If you know who internet reviewer Obscurus Lupa is and like the films she reviews, this film might be for you.

90% of the charm of this film is it’s cheese factor and it’s badness. It’s enjoyably bad.
There are parts where one main character calls another main character by that actor’s name.
The Black Cougar theme song is awesome. The special effects are on par with a Troma film (just not gory)

The film focuses on a toy maker who made himself a teenage son who he then retools to become The Black Cougar after a lot of the neighborhood kids get kidnapped by… … … bad guys.
The “bad guys” are selling the children to stereotypical foreign (?)… other bad guys.
One of the kids when being put into a cell kicks one of the captors in the shin and flips him off. The kid has to be elementary school age and he’s flipping an adult off. something so wrong and awesome about that.

Black Cougar goes in with some kung-fu grip Black Cougar action figures to take out the bad guys and even fights some break-dancing ninjas…. I’m not kidding. He cleans house and saves the day and the kids.

If you enjoy Mystery Science Theater 3000 and Rifftrax, or if you like watching “bad” movies with your friends and riffing on them, then by all means, check it out.

Personally I want to see Lupa review this film

P.S. Please do not go and check out the (no longer) “official web page”… definitely NOT of kids.