Well â€œHalloween came early to Springfieldâ€ said my TV a few weeks ago, in other words we only just started screening episodes from last year in my country. Go figure. But as I watched it again for kicks it occurred to me as bad as Modern Simpsons is (and it is really, really bad), the Treehouse of Horror segments do occasionally do something clever or unique with the premise. So lets look at the Treehouse of Horror episodes from the, ooh, last 10 or so years and see which ones are the best.

6)The Ned Zone â€“ Treehouse of Horror XV: Now this is probably the funniest entry on the list since it was right on the cusp between The Simpsons still being just good enough to be funny but not bad enough to be unbearable. And I really liked this little short. Mostly because of how Homer’s stupidity ends up destroying all of Springfield and Ned’s constant struggles not to kill Homer. Hell the way the rest of the Simpsons just accept it as fact makes it all the more funnier. While it’s nowhere near as good as the classic stories, this one makes the list for at least making me chuckle for a little bit.

5)It’s A Grand Pumpkin, Milhouse â€“ Treehouse of Horror XIX: Confession time: I don’t actually like Peanuts. I know, I know, I should be crucified. I just never really saw the appeal or humour in either the comic strip or the cartoon, with the latter often being rather slow and boring. Still I do admire the Simpsons parody of it by doing a good representation of the art style and gently mocking it. The actual story is pretty tripe, but it was a clever little homage at times that proved its worth. So this makes the list for no other reason than because of a pretty art style and some clever little jokes.

4)Dial ‘M’ for Murder or Press ‘#’ to Return to Main Menu â€“ Treehouse of Horror XX: It’s sad that although Bart is portrayed as a sociopath in this episode his character is essentially the same as it would be in the normal episode. But again this makes the list for stylistic reasons. Sure some people would think that nothing but an on-going string of references to Hitchcock’s work would be a rather lazy attempt at writing a joke, and they’d be right. Still there are a bunch of cool references in it and it does feel very much like a Hitchcock movie. Sure it’s not funny, but references are always neat if done well.

3)Don’t Have a Cow, Mankind â€“ Treehouse of Horror XX: Now the last time The Simpsons did zombies they parodied I Am Legend and the likes of that, playing on the fears of nuclear warfare. Here they parody modern zombie movies and the tropes found within them. The zombies come from a virus, they don’t just want to eat brains but flesh as a whole, they don’t stumble but run quickly. Honestly it’s a nice look at the current zombie trend that’s swallowing the market and making jokes about it. At the end of the day I’m just a sucker for this sort of stuff really.

2)There’s No Business Like Moe Business â€“ Treehouse of Horror XX: Three segments from one episode? What are the chances? Well to be fair this has been the last really good Treehouse of Horror episode since at least XII (VI if you count the episode as a whole and not on the strength of each segment). And this is easily the best segment they’ve done for a while. A standard parody of Sweeney Todd wouldn’t make this list, but to show it as a play and play around with the tropes associated with it? Yeah that’s going to keep my interest. Add to that a few good musical numbers and some rather funny theatre jokes and on the whole it’s the best the series has done in a long while (and will probably do for a long while as well).

1)Treehouse of Horror XXIV Opening: Now I know what you’re thinking: â€œThis isn’t a segment of Treehouse of Horrorâ€. Well a few counter-rebuttals. Firstly the damn thing is nearly three minutes long, which doesn’t sound too bad until you realise the episode is only twenty-one minutes long and thus this takes up a seventh of that episode. Considering the segments in this episode must only be about six minutes this one is still just under half as long as the regular ones. However it tells a far better story then any of the segments do. Add to that the sheer overload of references that you’d have to be really observant to get and you’ve got one of the most creative and interesting things The Simpsons has done in general in the last ten years. If the couch gags are the only thing worth watching The Simpsons for then this tops number one.

So there you have it. My look at the modern Treehouse of Horror to see if there’s anything good amongst the rubbish. If you disagree with anything, or have anything to add, feel free to leave a comment. Till next time. 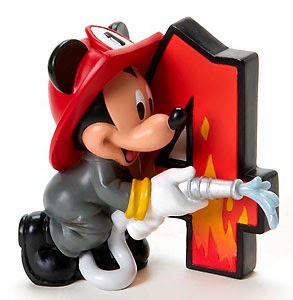