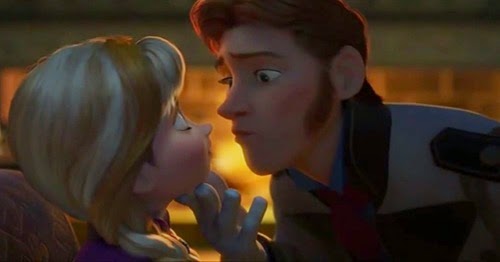 Oh, Anna. If only there was someone out there who loved you.

Hello & welcome back to A Look at Disney and today, we come to our final villain for Villains Profile as we take a look at Prince Hans of the Southern Isles. Let me preface this, I love Frozen. When I did the Top 12 Animated Disney Movies List, it came in at # 4. However, I do have a confession to make, when I first saw the movie, I wasn’t a big fan of Hans being the villain. However, after reading something from Jennifer Lee on what they were trying to do with the character, I have softened on this choice and have come to appreciate what they were going for. Per usual, we will be looking at Voice Actor, Personality Entrance, Grand Desire, Villain Song Demise, and finally, Is Hans A Good Villain?

Fontana is best known for his Broadway work and while he has done some other acting work off the stage, voicing Hans was perhaps his first real big break and I gotta be honest, I feel bad for the guy as you barely see interviews with him about playing Hans as everybody wants to talk to Idina Menzel & Kristin Bell about playing Elsa & Anna. Which brings to something I’ve noticed with this movie in that the main cast overshadow the villain and I don’t think a case of the cast overshadowing the villain like this in quite a while.

Hans first appears at the end of For The First Time In Forever and there, we still get the idea that Hans could be a good guy.

Okay, I have to bring up something that I love here. The movie throws you off with Hans being the bad guy with his appearance so well. Such as the fact that his coat is white, a color traditionally associated with heroes. It’s minor but colors like black and white have become established with who’s the hero and who’s the villain. And then there is his horse, who looks as though, he’s going to fill the same role that Maximus served in Tangled but it’s clear that isn’t the case as the movie goes on. The horse all but disappears from the movie.

Now, throughout most of the movie, Hans hides his true personality and acts like an noble royal that appears to care for Anna. I mean, all throughout not only does he dupe Anna but also the audience and come on, when you see moments like him smiling after falling into the water, you don’t think that he’s a bad guy.

Reading up on his character on the Disney Wiki, director Jennifer Lee has stated that elements of the character of Hans are based on that of the Evil Mirror from the original Snow Queen tale from which Frozen took it’s inspiration. Thus, that Hans adapts the personalities of people around him and adapts to what they want to hear and see. So, Hans is very manipulative and knows how to fit into almost any situation. Even still, when the reveal comes that Hans is the villain, it is quite a shock. And there, we learn that he is power-hungry and ruthless and will do anything to get what he wants. The Disney Wiki also points out that Hans is very observant and that goes back to the mirror influence. Hans studies the situation and realizes that Elsa is too bright to go for his plan and he quickly changes his plan to get what he wants. In this regard, Hans is one of the smartest Disney villains.

I’ll let Hans sum this up.

As thirteenth in line in my own kingdom, I didn’t stand a chance. I knew, I’d have to marry into the throne somewhere…

As we established with personality, Hans is very smart and realized that if he ever wanted to be king, he would have to marry somewhere else and his plan became to become the king of Arendelle. His original plan was to marry Elsa but he knew that he wasn’t going to go anywhere with her. So, instead he played on Anna’s desire for love and used it against her and would marry her and then kill off Elsa. In that regard, Hans’ plan is actually quite brilliant.

You were so desperate for love, you were willing to marry me, just like that!

I figured after we married, I’d have to stage a little accident for Elsa.

He put a lot of thought into what he needed to do and asÂ  we see, he was willing to adapt and I will give him this, out of all the villains, we have talked about in this event, he has the most the ambition.

Love Is An Open Door

When you first hear this song, it sounds like another typical love song but when you take into consideration, Hans’ ability to adapt and mirror the person around him, you realize how much he is feeding Anna, what she wants to hear and that he doesn’t mean a thing of he says. I’ve seen other reviewers point out his movements and how you can see Hans is thinking them through. Though, I think one thing that really clicked with me on this was when Chad of Lewtoons brought up Hans’ response to Anna’s line about finishing each others’ sandwiches.

That’s what I was gonna say!

Chad pointed out in that moment, that it probably didn’t matter what Anna was going to say as this would’ve been Hans’ response had Anna said something different. And that makes so much sense because again, Hans is like a chameleon that will adapt to what the situation calls for and will tell Anna whatever she wants to hear to further his goal.

I’ll admit that when I first came up with this event, I had the hardest time coming up with what I would feature as the Most Evil Deed for Hans. So, I sent a message to Pretty Boy and after mentioning this moment, I had a “Duh!” moment. I have no idea, why I didn’t think of this. It makes so much sense for this to be his Most Evil Deed because all throughout the film, Hans had been playing on the emotions of Anna and feeding her lies that he truly loved her. And when he found out that Anna had been struck in the heart with ice, he realized that he could speed up his plan and all we would have to do is kill off Elsa, after he had her imprisoned and he will become king of Arendelle. Hans is even able to trick the whole of Arendelle and other royals that came to attend the coronation.

At least we got to say our marriage vows…before she died in my arms.

Again, this just shows how good a villain, Hans is.

The weird thing is that Hans really doesn’t get much of a major punishment for his crimes. At best, he gets punched in the face by Anna and then we see him locked up to face his punishment, when he gets back to the Southern Isles to face his twelve brothers.

â€œI will return this scoundrel to his country.
We shall see what his 12 big brothers think of his behavior.â€

Now, I haven’t been mentioning outside appearances for these articles as I just want to focus on the character in their film. I will mention that apparently, if someone asks Anna and Elsa about Hans at the parks, they will inform the guests that he is receiving his punishment or a chat from his twelve brothers. Hans receiving punishment from his older brothers on the Southern Isles is now my accepted headcanon for what happened to Hans after the events of the movie.

Is Hans A Good Villain?

If you had asked me this, last November after seeing the movie, I would’ve said no. But after taking a deeper look at Hans. Yeah, he is. He may be one of the best new Disney villains and Disney did a really good job subverting the old prince trope by making Hans, the bad guy. And while I do have some minor issues with the reveal, when you actually sit down and think about it, Hans works very well in the role that he is meant to serve. What are your thoughts on Hans? Let me know in the comments. While, I may be done with Disney villains, I’m not done with villains. Join me next week as Infamous Jak & I look at the villains that The Muppets have gone up against. Peace.