<!â€“ With Halloween fast approaching, it’s time to reintroduce another blog back into the mix, right where it’s most fitting. This is a movie about a man who is born again (although perhaps not quite in the way youâ€™re expecting). â€“>

<!â€“ Before their big breakthrough, many directors had to make a movie or three to get themselves off the ground, often demonstrating at least some of their powers to come. Before Jaws (1975), Stephen Spielberg had the simple and effective Duel (1971). Before climbing his way up to Spiderman (2002), Sam Raimi started with his cult legend The Evil Dead (1981). And before The Lord of the Rings: The Fellowship of the Ring (2002), Peter Jackson went to town with some campy black comedies, the third of which is widely considered the goriest movie of all time. â€“>

The movie: Dead Alive opens with a zoo official surrounded by a primitive tribe, demanding the release of a cursed â€œSumatran Rat-Monkey.â€ With his trusty machine gun, the man and his hired help escape the tribe by jeep, but when he complains that the monkey bit him on the hand, the expressions of his aids change. They stop the jeep, restraining him.

â€œSingaia.â€ Says one of them, ominously. â€œYouâ€™ve got the bite!”

He takes out a machete and lops off the bitten hand of the screaming man. Another one then notices the shoulder of his other arm.

â€œSingaia!â€ he deadpans with a point, just as surprised as the first time. The man with the machete repeats the motion. Their wide eyes then wander to his forehead, and with another very deliberate â€œSingaia!â€ in unison, well, the poor amputee probably would have preferred that been first.

If that sounds a bit too disturbing to laugh at, first of all, youâ€™re probably not envisioning it right. But rest assured, thatâ€™s about as serious as the movie gets. Peter Jackson is not, nor was he ever, a shock-mongering lover of the crude and tasteless, pushing the envelope to gain attention. He was a shock-mongering lover the crude and tasteless pushing the envelope to see how much subversive fun he could spin. Like The Mask (1994), Beetlejuice (1988 ), and Little Shop of Horrors (1986), Dead Alive is a story about a true and sympathetic protagonist, with a conflict that just so happens to be infused with a near-Looney Tunes level of absurdity. Like those mentioned above, itâ€™s alternately good-natured, harsh, and sort of sweet, but where they chose to center their zany action around morbidly silly spooks or the unhinged side of Jim Carrey, Dead Alive instead utilizes some of the strangest, goriest zombies ever put onscreen. Itâ€™s delightful.

We pick up the story with a meek and awkward man named Lionel, at the beck and call of his domineering mother, who likes to get his attention by breaking things and then scolding him for being too inattentive with her property. His entire life is spent attending to the chores she wishes him to do, and then doing them a second time. But he gets lucky when Paquita, the plucky local shop keeper, gets a prediction from her gypsy mother that Lionel is the man she will be happily married to. She found Lionel annoying at first, but upon realizing heâ€™s the one, she pulls out all the stops to make him ask her out, even cleverly making use of the fact that English is her second language.

â€œNo, no, you want to go to the zoo.â€ Lionel corrects her.

Unfortunately, the zoo they attend is none other than the one housing the monkey from the opening, which now spends it time tearing off and eating the limbs of its fellow primates. Of course, itâ€™s no match for Lionelâ€™s mother â€“ who stalks her son on his date in hope of getting rid of Paquita â€“ and before it can finish its attack through the bars of its cage, she throws it down and stomps its head in. But she doesnâ€™t get away unbitten.

Soon she really does require what little time Lionel had to spare. Her wound shoots red pus, her skin peels away painlessly, and her ear falls into the custard at their next dinner party. (No points for guessing where they go with that.) And when she starts attempting to strangle and decapitate everyone who comes within reach of her, itâ€™s all Lionel can do to hide her away, keeping her and the rest of the world safe from each other. And heâ€™s not one to ask for help.

â€œLionel, your motherâ€™s toothbrush is the white one or the green one?â€ Paquita calls, packing for their trip to the hospital.

â€œGreen!â€ he sputters, prying loose his motherâ€™s grip on his throat for just a split second.

But things get out of hand when her victims rise and join the family, walking on what limbs they have left and straightening their partially-severed heads. Resilient Lionel fights a losing battle to keep them in his basement, and weâ€™re treated to a number of unforgettable insanities, my favorite of which being an afternoon at the park spent parenting the product of the first zombie conception. But all of it is merely the warm up for when Lionelâ€™s greedy uncle discovers his secret and blackmails him, using his motherâ€™s house to throw what becomes one of the wildest, most action-packed, and of course, most grotesque dinner parties ever put to screen.

Dead Alive has all the horrific gore and splatter effects that cult horror aficionados could ask for and much, much more. It escalates to the point where severed limbs become useful accessories and animated intestines attack our heroes like pythons. And yet, I think I could name a few childrenâ€™s movies meaner in spirit. Itâ€™s a movie in which the true villains get theirs, and the innocent victims really are a shame beyond anyoneâ€™s control. (A monkey carrying a curse like this was bound to spread it sooner or later, after all.) Sometimes it even plays like an affectionate meta-parody of horror movies, four years before Wes Craven got there with Scream (1996) and two before New Nightmare (1994). And the romance, through it all, remains entirely cute and convincing. After all, with everything Lionel and Paquita go through to be together, itâ€™s not hard to believe that theyâ€™d stay happily wed for a long, long time.

The people involved: Peter Jackson, who is currently finishing his work on The Hobbit trilogy, needs little explanation on the fact that he is enjoying an acclaimed and successful career. But few of the others involved in this project have anything as enjoyable under their belts. The credits of stars Timothy Balme and Diana PeÃ±alver are mostly in TV shows, most recently The Almighty Johnsons and El Cosmisario, respectively, although PeÃ±alver did costar in Fotos (1996), a Spanish movie that didnâ€™t go unnoticed. But playing Lionelâ€™s mother Vera apparently won the late Elizabeth Moody the good graces of Jackson, who cast her in his next movie, Heavenly Creatures (1994) and in Fellowship of the Ring, though her scenes could only be included in the extended edition.

More interesting are the two additional writers on the project. One is Stephen Sinclair, who partnered with Jackson up through the second Lord of the Rings movie, and the other is Fran Walsh, who never stopped. Since meeting Jackson on the set of his film Bad Taste (1987), she has become his life partner in love and in filmmaking, from his cult classics to the six films in the Lord of the Rings/The Hobbit series. Walsh is notoriously private, a lifestyle that she and Jackson explain helps to preserve the normal family life of their two children, but those on the sets testify that she is no small voice in each production. She shares two of Jacksonâ€™s Oscar wins for The Lord of the Rings: The Return of the King and an additional shared win for the song Into the West.

Who would like it: Nobody with a weak stomach, to say the least. Cult movies like this are meant for a pretty specific audience, that being people who want to defy the enforcers of â€œgood taste,â€ in a nutshell. Cynics of this type of filmmaking would say itâ€™s for people with an urge to see images theyâ€™re â€œnot supposed to,â€ and thatâ€™s not totally unwarranted, as many such movies do become borderline-pornographic in attempt to sell themselves (or not-so borderline, in some cases).

But the thing to appreciate about Dead Alive is that it seems to only channel the upside. This is a movie that knows everything onscreen is ludicrous and wants us to know it too. Itâ€™s so fun-loving, playfully subversive, and, as much as I usually hate the phrase, unpretentious that I canâ€™t imagine whatâ€™s not to like, besides the gore. Really, I think anyone who appreciates a good horror movie/violent thriller, and a good comedy, could enjoy it.

The spotlight of shame; movies it could have replaced:

Iâ€™m sure thereâ€™s no shortage of horror-comedies that were successful while Dead Alive wasnâ€™t for me to pick on, but the first that come to mind are Seed of Chucky (2004) and pretty much the entire Leprechaun series. Itâ€™s true that all you really need, sometimes, is a mascotâ€¦ 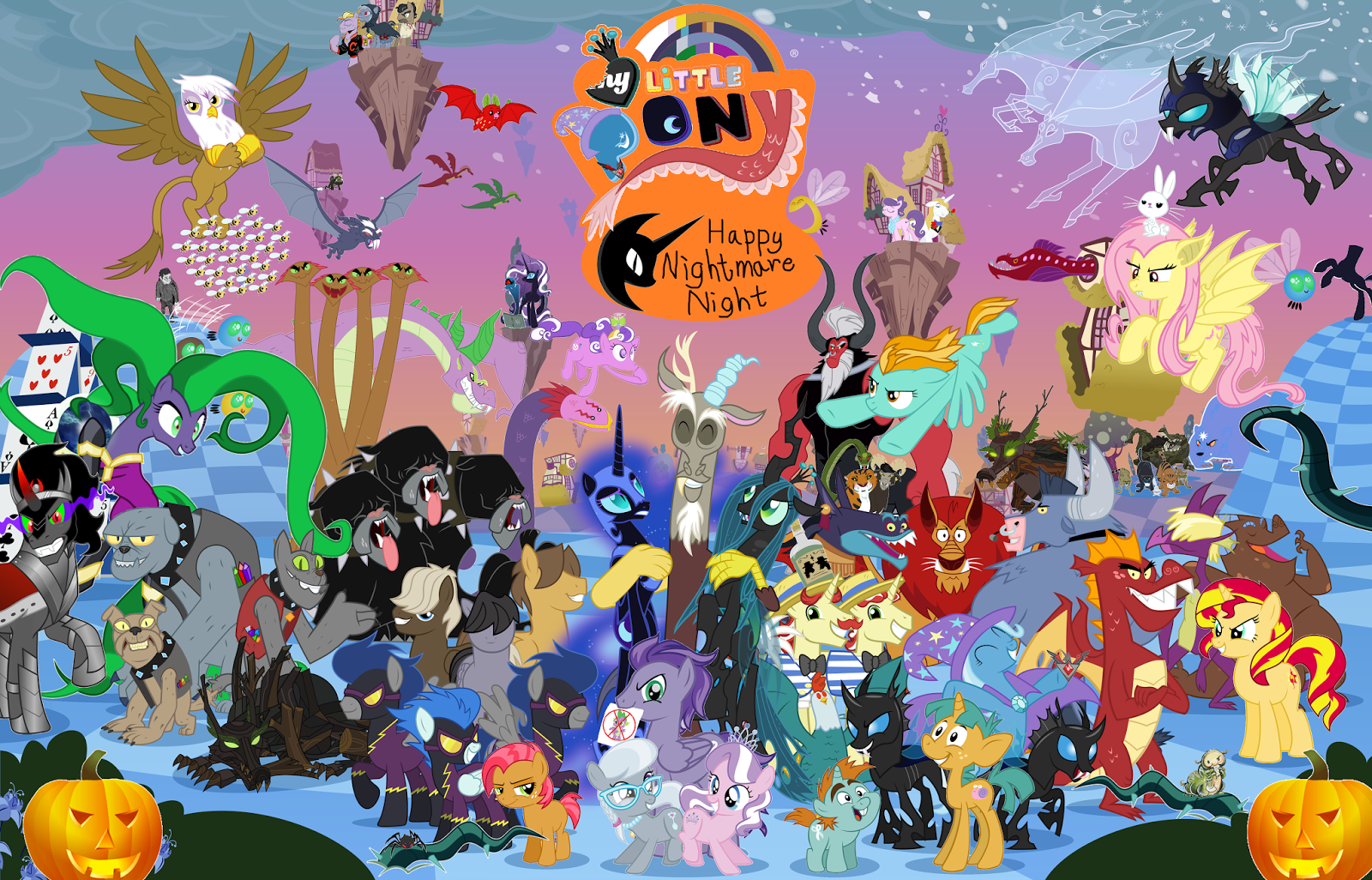