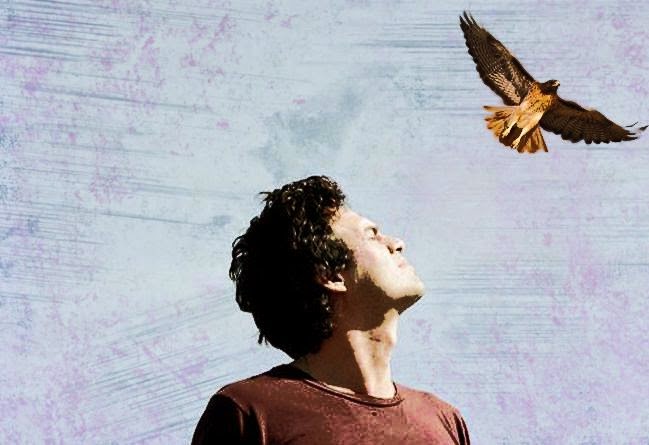 But Crayak must have enhanced Rachel because she avoided the blow easily. Old Rachel wouldâ€™ve at least had her arm grazed by my blow. But New Rachel avoided it well enough to not have any of my blades get near her. I had to quickly change direction and nearly toppled over.

I wanted to yell at Rachel to wake up but I knew that would be far from useless. There was nothing there to wake up.

When I finally got my balance back I turned and rolled to avoid Rachelâ€™s attack. She was using everything on me but was probably still playing with me. No, she was playing with me and it was useless to think that there was any humanity left in her.

I got up and swung my tail-blades out at her and she grunted in pain, but I couldnâ€™t see if I had caused her any real injury. I didnâ€™t want to cause her injury but I would have to. If only Marco were in my place, he was good at seeing from Point A to Point B. Me? I had too much heart.

Rachel attempted to jump on me and I rolled away and got up quickly. My arms barely blocked Rachelâ€™s attack in time. She let out a roar and I shivered and tried to turn the block into an attack. I was pushed back into a tree and two of my ankle blades stuck into the tree.

â€œShit.â€ I hissed and managed to cut off one of Rachelâ€™s paws as she attempted to att-no, kill me.

She yelled and attempted to swing back at me, but I had managed to free myself and had moved. I tried to jump her from behind but she turned around and our hands locked. We seemed to perform an awkward dance as we tried to kill each other. I was holding one of her paws with one of my hands and was grabbing her stump with my other hand.

We both got some good hits in but then we were apart again. Both of us ready to charge at each other. I looked at her and at her pawless arm. I could do damage to her. Now to think if I could kill her while not dying. But what if I wanted to die? The two people that had stopped me before werenâ€™t going to stop me now.

No. If Rachel survived then Jake, Cassie, and Ax could be in danger. How to-I raised my arms up and swung my tail in barely enough time to stop Rachel from landing a killing blow on me.

For a few more minutes we traded blows and I knew I was getting worn down. Sooner or later I wouldnâ€™t have enough energy to fight and I would be killed by Rachel. My former lover would probably laugh over my corpse. She would not cry over my death liked I had cried over her.

It had taken me three years to get over her death, but it wouldnâ€™t even take less than a moment for her to get over mine. She wouldnâ€™t have to get over anything as she didnâ€™t feel anything for me. Not anymore.

I had saved the eulogy and had passed out drunk after listening to it many times. I hadnâ€™t liked listening to it but felt I had to. I had to suffer if my girlfriend had died. I couldnâ€™t listen to it myself now or Iâ€™d ruin any chance I had of winning. I knew that Rachel wouldnâ€™t feel moved by it, but I hoped her emotions would distract her long enough.

Rachel suddenly looked around, angered by a sound only she could hear. I took my chance and jumped onto Rachelâ€™s back, pushing my wrist blades in as far in as they would go. She roared loudly and after a few moments she fell down.

â€œRachel, I love you,â€ I said as I finally let my tears out, she would die soon. â€œI donâ€™t care that youâ€™re evil. I meanâ€¦I do care but I still love you. I canâ€™t stop loving you. Come back to me, Rachel. Come back. We can work through this. I donâ€™t know how but we can. We stayed together throughout the war. We can do this. Please, Rachel, please.â€

My voice had begun to wobble near the end of my speech.

Rachel easily pushed me off and as I flew to land by Marcoâ€™s corpse she changed. She changed back to how she looked as a human but different. She was more muscular in the stomach area and there were steel claws coming from the end of each finger. It was like she was now Wolverineâ€¦no, X-23 I think. If Marco were alive he could tell me.

If he were aliveâ€¦

Without any verbal reply, even to tell me she loathed me more than she thought possible, she raised one-

â€œNo!â€ I yelled out as she slit her own throat while wearing a grin.

I watched her die for the second time and I just cried. The tears seemed endless to me. I had moved on with Marco and he had died. Rachel had come back from the dead but she had become evil and twisted. She had also died. I had lost both of them in the same day.

I finally got hold of myself and demorphed and all injuries from the fight went away. How I wished that they had stayed. With my hawk eyes I could see both corpses clearly. I looked at both and didnâ€™t know which one to mourn by. Rachel had been evil at the end but I still loved her.

Pick yourself up a little more quickly than last time. Had been Marcoâ€™s last words to me.

I looked at him and then looked to Rachel. Maybe she had had the right idea, just kill myself and get it done with.

I sat there wondering what to do.