I think that Werewolves are a bit underrated in the Horror genre. Most of the time, we are treated to Zombies, Vampires, Aliens, and large amounts of Monsters cause by various odd means, but Werewolves often got the short end of the stick. So, I decided to take a look at some werewolf movies recently and aside from an odd Jack Nicholson romance film, I found a film that is probably one of my favorite films of Werewolf lore, An American Werewolf in London. Two Friends, David and Jack, decide to take a break from college and they go on a trip to England. While backpacking in the Yorkshire moors, they are attacked by a Wolf while walking out at night where Jack is killed and David is left with some scars. After waking up from a coma for Three Weeks, he starts hallucinating as well as having encounters with Jackâ€™s Ghost, telling him that heâ€™s becoming a Werewolf.

The best part of the film is its Special Effects. All of the effects obviously are for the werewolf scenes and they do look pretty good and they still hold up well today. In fact, the best scene in the whole film is the first Transformation scene.

Itâ€™s a great mixture of make-up and robotic body parts and it looks incredible and very lifelike. I donâ€™t think any other Werewolf changes in film can compare to it. It is quite a landmark for any Werewolf film out there.

The Effects are heavily complimented with its makeup for the film. Under the command of Rick Baker, the film had some of the most impressive horror makeup in the â€˜80s and went on to win an Oscar.

The Best example of the great Makeup in the film is Jack.

He appears a ghost to David, telling him the unfortunate news and the wounds look like theyâ€™re fresh like it only happened five minutes ago. Each time he appears after his death, he decays more and more as time passes when he talks to David, eventually leading up to the point where he would become just Bones. It was very impressive and definitely was cool to see when he pops up throughout the film.

As great as the film sounds so far, the filmâ€™s plot is unfortunately very generic. It resembled some bits from the Wolfman. It shared a lot of the same common traits of the film, most werewolf films did as well, and it ended having some parts of the film to be predictable. (On a minor note, I thought the ending was very abrupt.)

Another problem I had with the film is the Characters.Â Unfortunately, they are rather boring characters. The characters rarely give any backstory about themselves. While David forms a romantic relationship with a Nurse and turning into a Werewolf, he still seems to be a bit on the dull side. As cool as it was having Jack decomposing every time he appears, he didnâ€™t have much development either.

The film also has a good Soundtrack. Oddly enough for a film about turning into a werewolf and knowing about oneâ€™s unfortunate fate, the songs are upbeat. All of the songs, obviously, have something to do with the Moon, mainly with the titles. The songs youâ€™d remember the most in the film are â€œBlue Moonâ€ which plays Bobby Vinton’s version in the opening, a Doo-Wop version of it in the credits, and the Sam Cooke version playing in the film as well. The other track anyone would remember is Creedence Clearwater Revivalâ€™s â€œBad Moon Risingâ€ playing right before the most iconic scene in the film.

I’m surprised they didn’t add in Warren Zevon’s “Werewolves of London” for it.

Final Thoughts: Itâ€™s an awesome movie. Even though the film is lacking in the character & plot department, the film still has some terrifying moments, great effects, and it has some funny moments throughout the film that help make up for its mistakes. It definitely is one of the best Werewolf movies out there as well as being one of John Landisâ€™ best works. I highly recommend seeing it the movie, especially with Halloween around the corner. 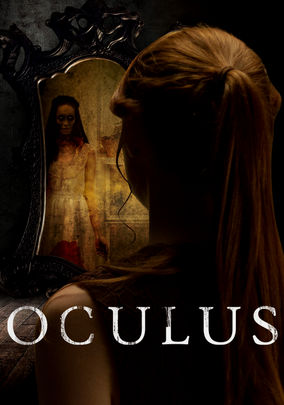