Nostalgia pops up when you least expect it. You’ll be sitting there, paying bills or polishing the purple helmet (whatever it is you people do with your time), when suddenly a burst of fuzzy warmth overtakes you (I didn’t mean for this to go with the masturbation joke, but I’m sure as hell not changing it NOW). There was a time when you’d have to take someone’s word that something was great. No one can go back and relive the sensation of the 50s (unless you’re Black and live in the South) despite the claims that it was a wondrous, more innocent time (as long as you ignore the imminent threat of nuclear war). With today’s focus on digitally preserving history, we can relive the sensations that we used to only hear our drunk relatives complain about. Especially when it comes to the media we grew up with.

Which brings me to Mystery Science Theater 3000. Arguably, most internet critics wouldn’t exist if this show never existed. It influenced two to three generations of creative minds, continuing to draw an audiene to this day via RiffTrax and Cinematic Titanic. Not every joke is understandable (whether it’s an episode from the 90s or something newer from the 00s), but it still holds up! Hell, the very idea of sitting around, making fun of movies makes MST3K damn near impossible not to hold up!

The other day, I watched a few episodes and was reminded all over again why I love this show. I actually thought of writing a whole new article about it influenced me over the years. Then I remember that I already wrote one.

Browsing through Netflix the other day, as I usually do after a hard day of taking the train (seriously, I could spend upwards of 3 hours on a bad day going to and from work). I came across a program within my instant queue that was being taken off on 5/15/2012. Most of the time I say “Eh, fuck it.” and move on. Something is always being taken down and something is always going up. Maybe it was my mood, maybe it was the terrible raviolis I was eating (my landlord, sweet as she is, must have been baking banana bread when she made them…there wasn’t enough American cheese to smother out the taste, and I tried!), but I needed to see this. What was it?

The episode was “Touch of Satan”, just the title alone made me start thinking of the possible riffs. It was one of the later episodes, about 1998, after Sci-Fi picked it up and after Trace Beaulieu left. Many people I knew stopped watching at this point believing that it wasn’t going to be as funny as before (the same thing people said when Joel Hodgeson left to do the TV Wheel or whatever shit it was that got canceled due to no one caring), but I loved it. I thought that the quality never compromised.

Mystery Science Theater 3000 did what 4 slices of American cheese could not. It made the ravioli palatable. Hell, it made Touch of Satan palatable. It was like fucking magic. Whenever we get the chance, my friends and I still watch episodes together, yet it’s getting harder and harder to do so (with us getting real jobs and whatnot). Still, it’s magic only gets stronger when more people are together.

That’s when the flashbacks kicked in.

Thanksgiving, I was six or seven years old. We had just got cable. Before that day, if I wanted to watch my nightly Looney Toons reruns, I would have to go downstairs to my great grandmother’s house. Not anymore! No more old lady smell for this guy! The whole world was going to change! If only I knew…

Comedy Central was on. At the time, they ripped off, and repeated, several syndicated shows from Canada. Today, Comedy Central does the same thing, but at least it’s home brewed rip offs damn it! What was on TV didn’t make sense to me. There was a terrible ninja movie on, what was funny about that? Then the first wise crack. I don’t remember what it was, but I could feel myself be hooked and reeled in like…like…some kind of metaphor…

I sat through most of the marathon. For the next few years I followed it like a…like a…like another metaphor…one that’s always attached to someone and involves light somehow…

Fast forwarding…Joel leaves and we have Mike. Not a big deal. I like Mike better. To some, this is like questioning God, but I do that too, so fuck them. More stuff. The Mystery Science Theater Hour. Great stuff to watch before school. Wake early, watch Thunderbirds and Stingray on Sci-Fi, along with Ewoks and Droids (wow, I watched a lot of shit before school. Eventually I watched stuff like Rocco’s Modern Life, but fuck me, that stuff was awful!), but then there was more MST3K! Then my brother and I would catch the bus to school.

Ah! Here we are! Another great moment in history for me! The MST3K Movie! 1996, my family knew the movie was supposed to come out, but it was impossible to find! It had practically no advertising (thanks in part to Universal giving a big push to Barb Wire. It’s a shame that Pamela Anderson’s tits got more pull then this group of brilliant comedians) and many fans of the show didn’t even know it came out. Not knowing where, or when, to go was not going to stop us!

We found a theater showing it. It appeared to be inaccessible however. That didn’t stop us! We weren’t going to be the schmucks who knew it came out and still didn’t see it! It took three trains and a mile long walk, but we made it. My brother and I saw the Mystery Science Theater 3000 Movie in theaters! Anyone else who can say the same is very lucky.

Moving forward again! Aw yeah! Sci-Fi picked up the show! Now I barely needed to change stations! There were changes, Crow even said as much in the beginning when he says, with his new voice, “I’m Different!”, but it was still the same old show.Â  The in between segments were silly, but fun, despite the plot they had to include in order to appease the Sci-Fi executives (which I didn’t even notice, until PT pointed it out to me). Each week, I still got to hang out with the old gang and have a good laugh at at some very awful movies.

Then it was canceled. I saw the last episode and didn’t know what to do. I watched the reruns, but they became less and less frequent. One day they were gone… 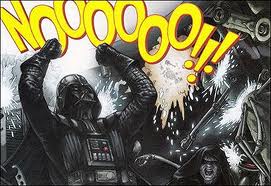 The gang never gave up on me. I found out about Rifftrax in college. Then Cinematic Titanic. There wasn’t much then and I didn’t have the time. But that didn’t matter. Not at the time at least. As I got older, my worries came from the thought that future generations might not know about how fun it was to watch these terrible movies with professionals making fun of them. When I heard that the trend was continuing without the MST3K moniker, relief came.

When I finally got around to hear what Mike, Keven and BillÂ  were up to, I couldn’t help but grin like that little six year old who first stumbled upon them all those years ago. One day, I’ll hear more (they have quite the catalog now), but for now I’m sated with the episodes of the old show that I remember (thank you Netflix! This almost makes up for the bronies).

So, that’s my love letter to MST3K. Whenever I need a booster shot of nostalgia, like when I’m eating shitty pasta apparently, I know where to turn. My hat goes off to you all.