Welcome back to Underrated Trek, where I take a special look at Star Trek episodes that I loveâ€¦which may not be the most popular or even liked by most. If we’re going to discuss not great but not horribly bad episodes fron Next Generation, season two is the best place to stop. Today we look at one which was originally written for the Star Trek:Phase 2 series before that became Star Trek:The Motion Picture. This is:

This season 2 premiere is not well regarded. Mostly because the story is a little…stupid. But is there any redeeming value to be had? Let’s take a closer look.

The Enterprise is busy getting new personnel and taking on dangerous cargo. While this is going an alien light thing penetrates the ship and somehow impregnates Troi.

It is revealed that not only is Troi pregnant, but the pregnancy is moving fast. In fact she ends up delivering very quickly. While the rest of the crew takes steps to save the ship from the cargo they are carrying, dangerous plasma specimens. After the baby is born, named Ian after Troi’s father, he begins to age very fast but it unable to explain what he is doing there.

Suddenly one of the plasma the ship is holding begins to grow. If it isn’t stopped it will break through the containment. Ian realizes the problem is him, and the only way to save the ship is to “die”. After he does the light alien thing somehow explains to Troi he was curious about them and decided the best way to learn was to experience their life cycle. Why it didn’t explain this to Troi first is never explained.

No one really worth noting. The child actor playing Ian isn’t too bad.

It’s not season one!!!Â  I am so serious, if you watch all the episodes in order when you do get to this it feels like such a breath of fresh air! True, it’s not perfect (season 2 still had lots of problems) but it’s still an improvement. Changes include Riker having a beard, better seats for con and ops (what the hell where the set designers thinking with those awful season one chairs anyway?), LaForge is promoted to Chief Engineer (and his character is finally INTERESTING!), Worf is officially security chief, we have a new medical officer (well, we can’t have everything), and we meet Ten Foward and Guinan (and why this idea wasn’t around in Season one baffles me-even Kirk’s ship had rec rooms!). Oh and one more thing.

Troi looks much better starting here. For some reason Season One was determined to make Marina Sirtis look stupid. Someone finally wised up, and she looks much better from here on in. Also, I like her performance in this. Ok the birth scene is kind of lame I will deal with that in a bit. But I think Marina Sirtis acts pretty well. She is clearly horrified by the ordeal but still protects the child like a mother would. And the scene where Ian “dies” is kind of effective. Ok it isn’t exceptional but it’s not bad.

The A story works better after the child is born. It makes sense when Ian can’t explain who he is because he is still a child. Most children couldn’t understand complicated things so I can accept his brain may not have developed yet. It’s not that crazy. Except, if that’s so how come he knows he is the cause of the danger later…….um, never mind. Also I kind of like the idea that the alien wanted to experience human life. Though why it had to violate Troi is another story.

Linkara mentioned this episode when he reviewed Avengers #200 because it had a similar story. But I maintain that this is a better story than the comic book. There is no implied rape (though you could argue that one), the characters pretty much act the way they should act-with concern and alarm rather than amusement (Worf suggests aborting it!), and it’s a little easier to accept the premise here than the one in that comic. A little bit.

Dr.Pulaski makes her debut here and we hate her instantly. I have gone on about her before so will not get into detail on this awful character here. Suffice to say, she was a horrible character who was only around for one year thank the lord. One of Trek’s worst ideas ever! I like how she is a witch right off the bat. And the way she treats Data is terrible. Oh by the way, why in the world does Troi go running to Pulaski when she first realizes her situation without reporting it to Picard at all?

The C story, yes there is a C story, involves explaining why Wesley is still on the ship after Beverly Crusher has been shipped back to Earth. Of course he decides to stay in the end. I get why they needed to waste time with that, because really why wouldn’t he go with her?, so I can let it go. Besides it was our first time seeing Guinan. And he has much more annoying appearances this season. Oh and bonus, he doesn’t save the day in this one, in any way! Oh and the scene in the end with the Bridge crew discussing Wesley was stupid.

So what doesn’t work in this story? The delivery scene is stupid. Ok Data’s participation is kind of cute. But why, or how, does Troi feel NO pain? I don’t get that, the baby isn’t magical. It’s an alien life form forcing itself through Troi’s body. She feels it enter her. She clearly feels real labor pain’s (though she denies any pain it doesn’t come off that way). It is also clearly stated she gets no medications, so why does she feel NO PAIN AT ALL. I agree with what Linkara said in his review of that comic, it’s the writer playing it safe so that they don’t have to get into the icky stuff involved with child birth.

As bad as that is, the dilemma at the end of the episode is even more forced! Let’s discuss the B story for a second. The Enterprise is carrying various samples of deadly plasma which is so dangerous if any one of them gets out of the containment the whole ship could be wiped out. Brilliant. Even Picard admits this is foolish but “because so many lives are at stake” he decided it was worth risking his entire ship. WITH NO PLAN IF SOMETHING DOES GO WRONG!! Can’t transport it? Of course not. Can’t jettison it? Of course not. Saucer sep? Never mentioned. And guess what causes one of the plasma specimens to grow to the point that it risks breaking out of the containment? You guessed it, the child! How? Techno babble excuse. So lame. I hate B stories that have only one purpose, which is to set up the contrivance which will resolve the A story. And that’s all this does! Because without that B story the child has no reason to leave at the end of the episode! And as soon as he does, crisis over. Of course it is.

Finally, the crew wonders why Ian is there. They then see him burn himself intentionally for the experience. Picard then asks him what he is doing there. Ian is unable to answer, but can’t they assume that maybe he is there to experience things just like when he burned his finger!! Think people, think!

Pretty much anything with the B story, it’s all just pointless until the plasma starts going nuts and puts the ship at risk. And how come the plasma didn’t react to Ian as soon as the plasma was brought on board? The plasma was being closely monitored! In fact Riker asks why they didn’t detect the problem before but the question is brushed off. What finally set it off? Ian never did anything different to suddenly cause the plasma to go nuts, did he? Sigh. To many nits……….

Final Thoughts-I just can’t bring myself to hate this, though I will admit it is not the greatest either. It’s a story that accomplishes nothing in the end. But Season two would offer far worst than this my friends!

Till next time my friends! 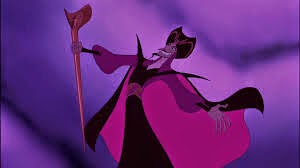