Now it’s a commonly held belief that Captain Kirk is the Casanova of space travel, heroically swooping in to save and sleep with young ladies while laughing in the face of regulations. A daring do hero that cares not for the consequences. Or is he? Why is it, when one actually watches the show, they see something else entirely? At the end of the day, why is Captain Kirk seen as a misogynist?

To understand why Captain Kirk is seen as a womaniser we need to see how the original series of Star Trek treated women in general. More often than not they came in two forms: Women for Captain Kirk to fall in love with, and women to oppose Captain Kirk. Lets look at the former first, since it’s the biggest complaint about the character. Captain Kirk sleeps around with a whole bunch of women and doesn’t care about them in the slightest. Except… he does. A lot. In fact, more often than not, Kirk is the one that falls deeply in love with the Girl of the Week and respects her greatly. Captain Kirk does not have one-night stands, he is a gentleman through and through. Woman fall in love with Kirk, yes, but he never mistreats them or forces himself upon him. And when he does… well, I’ll get to that in a bit. But Captain Kirk, despite being seen as a womaniser, is actually quite a tragic figure. He never has the ability to make a strong romantic connection with a woman because of his job as a Starfleet captain. The story of Star Trek is the story of Kirk having to accept the fact that he’ll never be able to settle down with a woman, breaking his own heart in the process as he breaks up with her. Now some people could say this is bad, that he’s just toying with the women… but it’s perfectly consensual. Both he and she agree to be in a relationship. He never forces a woman to be his, rather wooing her like a gentleman and backing off when she says no. But what about those other women, the ones that people often use to point out how horrible he is? Well…

There’s one very important thing that needs to be kept in mind when talking about Captain James T. Kirk: He will do anything to protect his ship and his crew aboard it. He always puts his crew first above himself and does whatever he can to ensure their safety. It’s a great character trait, one that all leaders should have. But what about those times when he has used and manipulated women into doing his bidding. Well it’s bad, sure… But at the end of the day, to him, the ends justify the means. Manipulating a woman into falling for his charms so he can save everybody aboard his ships is, to him, the only sane thing to do. Interestingly, it ends up demonstrating the point the show is trying to make. It treats both sexes equally in that Kirk will remove the threat regardless of who personally is threatening his crew. He doesn’t hold back if they’re male, female, or some sort of alien. Now some will argue that this is terrible, due to his belief that women shouldn’t be treated better than men. But, at the same time, isn’t that what we’re all working towards? A world where women are treated equally as men and, if they’re a threat to your safety, they’re removed the same way a man would be removed? So does this make Captain Kirk a misogynist? Well we have to wonder, does Captain Kirk hate women in general? Or does he hate the particular woman that is standing in his way? It’s clearly the latter. The fact that the threat is a woman is inconsequential to him. Now, from a real world perspective, is this a bad thing? Well that’s debatable. If you watch an episode where Captain Kirk manipulates a woman in order to save his crew and you take away from it that woman are there to be manipulated, then you’re an idiot, plain and simple. If you take it that Captain Kirk is doing whatever he can to save the day, then you get what the original creators are trying to say. But should Star Trek have only had male villains? Well then you have to question whether only having male villains is a form of sexism of its own. Star Trek, more often than not, had good roles for women to play. Would getting rid of these villainous roles due to them being villains not just work against the philosophy of the show? These are difficult questions that I don’t think anyone has really asked or wanted to answer (not when the knee-jerk ‘Captain Kirk is bad because’ is so popular), but they’re still worth asking. But why is Captain Kirk seen this way?

Well as much as I love the rebooted movies, I do have a bone to pick with Christopher Pine. Mostly that his Captain Kirk is the public perception of who Kirk is, not who Kirk actually is. Pine’s Kirk represents everything we think of when we think of Kirk: A womaniser who breaks the rules and acts like a romantic hero, who occasionally thinks about his crew. In actuality, Captain Kirk was a rather boring bookworm, studying hard and working his way up from nothing. He only became more adventurous when he became Captain, and even then, he often did things because he saw them as the best solution. He blows up a super computer simulating a war because it seemed like the best way of making peace. Against the rules, sure, but often down with good motive. But, at the same time, we see examples of him writing up reports and giving reasons why the Red Shirt died, while also comforting the family. This is almost the complete opposite of Pine’s Kirk, who acts like a self-centred jackass. But where does this perception come from?

Well one of the biggest reasons why The Wrath of Khan is so good is because it takes Kirk’s devil-may-care attitude and shows the consequences of it. It pulls them apart and analyses why what he does isn’t that great. It shows the problem with what Kirk was doing. And it’s this perception that got mixed in with the original character. They got morphed together in people’s heads. Add to that the best remembered parts of Star Trek are the hot women in revealing costumes (seriously, look up Andrea’s costume from ‘What Are Little Girls Made Of?’ to see what I mean), and it’s not hard for the public to misremember what the series was about. But at the end of the day, is Captain Kirk a misogynist?

My answer is no, in much the same way the show wasn’t misogynistic. Well, at least not deliberately. If anything, the show attempted to be anti-misogynistic. It tried to promote women and women rights whenever it could. It tried to push for equality. Now was it perfect at it? No, since some of the costumes the women wore were… well they were hella impractical, lets say that much. But since the show was trying to present a future when sexual and gender problems had been erased, it almost made in-universe sense for women to wear such unusual things since society wasn’t telling them to confirm to anything… almost. But at the end of the day, a show that tries to do good and occasionally fails is better than a show that is just misogynistic right off the bat. The same goes for Captain Kirk. He is, at heart, a hopeless romantic who is always doomed for failure. It’s just a shame that people that complain about the character don’t tend to watch much of the show to clarify this.

So there you have it. A look at Captain Kirk and why the public sees him a certain way. If you disagree with anything, or have anything to add, feel free to leave a comment. Till next time. 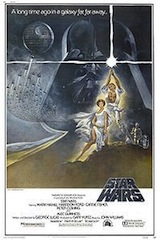