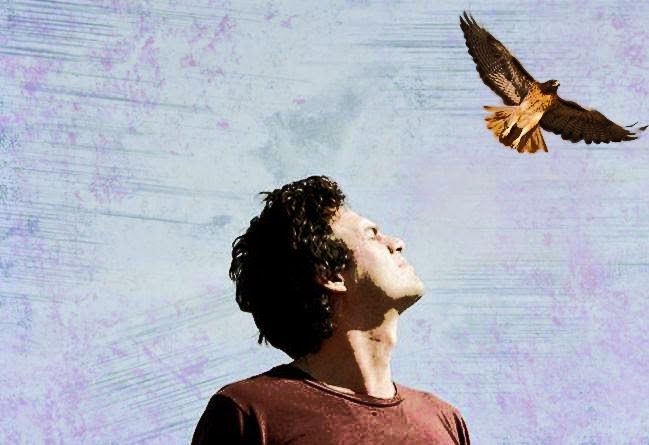 I was again flying even though I knew it wasnâ€™t the smartest thing to do right now. I had been flying before and had nearly been killed while doing so. But it wasnâ€™t as if I stopped flying that I would be safe. Marco had nearly been trapped mid-morph and Rachel had nearly bled to death. Then again, thatâ€™s why I was flying.

Flying was an escape and I needed to try and pretend I couldnâ€™t die randomly at any given moment. Plus I still liked to eat as a hawk which meant I needed to fly a few times a day at least.

My stomach was full as I slowly flew back to the cabin. Rachel came into my mind and I knew now was the time to think about her. Now when if I wanted to scream and cry out in pain, no one could hear me.

I had kept pushing Rachelâ€™s odd behavior into the background because I did not want to lose her again and the thought of her not being the real Rachel was enough to destroy me. But what if she was connected to the thing that had tortured both Marco and myself? Could I keep putting off asking her until it was too late?

Marco might be right and now it would be better to be embarrassed about being wrong than waiting too long to ask. If I waited too long…I didnâ€™t want to think like that. I would return to the cabin and would get Marco alone so that we could discuss about questioning Rachel.

I wasted more time going back to the cabin by diving and performing aerial maneuvers to impress Rachel and Marco with later. Hey, if all things went well then there would be many good years ahead of us. If it didnâ€™t go well…I would let those thoughts into my head once I was talking to Marco.

Finally my cabin was in sight and I could vaguely see figures in front of it. It would take a minute or two to clearly see them. And from this distance I couldnâ€™t contact Security to check them out. Maybe they were wild animals or my lovers in morph.

As I got closer I could clearly see Marco in Gorilla morph and Rachel in Grizzly bear morph. We had had a few play fights before that would sometimes look deadly, but this seemed different. Maybe it was just because I wasnâ€™t close enough to hear their thought-speak that it was looking deadly. Maybe if I got closer then I would hear them joking around.

I started to flap my wings as hard as I could and when I was within thought-speak distance I still couldnâ€™t hear them saying anything. Shit!

Rachel! Marco! I yelled out in the hopes that they would notice me, but they either didnâ€™t or were too concerned with their own fight to reply.

Now that I was close I could clearly see all the wounds that they had caused each other.

As my wings continued to strain with the effort of flapping them, Rachel was able to land some devastating blows.

No! I yelled out as the truth that Rachel wasnâ€™t my Rachel became clear to me.

I didnâ€™t know what I was thinking, but I knew I had to do something. I was close enough so I went into a steep dive and I thought I heard Marco yell out to me. As his volume increased, Rachelâ€™s Grizzly bear paw knocked me away.

As I tried to keep focused through the pain, I could see that Rachel hadnâ€™t landed her killing blow on Marco. Darkness took over me and I enjoyed the sensation. At least part of me liked the fact that I wouldnâ€™t have to fight anymore. But a smaller, weaker side was telling me to fight.