Betrayal at its worst kind of form that could be casted on any life breathing upon a once Graceland now turned into a black pit of vainness.

In a distance time, where the lands were slowly changing into command stomping ground of today, a mythos of realness and fiction were the words of lessons to young ears. Speak that to anyone, and the reply will come just as vivid and distorted as life today.

Know of the angel born on a sea cloud to parents who wanted nothing more but to love a child as their own. Out in the mountains under a bleakness dull blue sky, which looked down the village they lived, thriving, and becoming more. And in time, a child for them was given and with stimulation raised it as their own, for how long they wish to, but sadly long turned to be too short to last.

Blinded when coming upon their dream, became a nightmare, not for them, but the angel; what was to change a once long needed happiness morphed into a vast storm of greed. Love, was that curtailed little angel wanted but never gotten.

Understanding that of money, power, and hollowness were the motions of feeling given. Beaten to where the little angel could never walk, eyes sold at a dangerous price; forever blind from the world.

A blessing or not, is anyone take on it. Bended brittle wings; unable to fly bleed and wilt at each passing day, fading to a grey from that once pure white. Helpless and alone, that little angel was, isolated from the world, whispering words for any sign of help, never reached in time.

For the humans the angel was to call family, made sure it never left them. Going on, until they breathed no more, leaving the angel to thin out, graying away from a fresh tone, and losing touch just as other human.

In time, being saved; was never free to have, but a price that in the best thought was worth it, in the end. For when they came, settlers of another time, found upon her, only had one thought.

To set it free from this empty world of hatred. Carried back, with hopefulness by young lads, those in some ways were seen as the same age as the angel. Given in hand a gift of forgiveness in one hand; flowers of hope and peace, the other holding to never fall, giving murmurings praises for the heavens to let these people to be thanked.

The wounded angel taken across, unknowingly, the lands within season of a dim fair autumn it once played on and being a child it was meant to be, but never given the chance.

Growing too quickly in many ways in oneâ€™s eyes, even for when softly spoken words were said, a small shiver echoed, a heated glared followed from one of a helping hand, caring for the angel, in speaking of understanding of what came to the angel, that the lad say without words needed.

As dusk settles, a new path will open, sending the angel home, a real home not filled with bitter promises and icy lies.

The rumors of earthâ€™s ways, are a twisted road, made of acid with few patches of welcoming cold stone, to that what was once an angel, is a human learning that what is life, is not everything that it is, or becoming close to it. But forming, slowly, into the ideal thought than that of dreamful thought; come that as the lesson given for those who have yet to awaken, and to those that need rest.

The Wounded Angel by Hugo Simberg 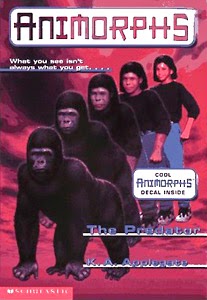