Due to the critical failure ofÂ Double Dare 2000,Â Nickelodeon hasn’t had a game show in a while. SinceÂ Slime Time Live, the afternoon time slot that would play games and vote on what shows to see, was hugely popular among the millions of viewers tuning in. However, for the older teens who grew up with Nickelodeon back in the 90’s, they weren’t impressed withÂ Slime Time LiveÂ since it was similar toÂ U to UÂ andÂ Nick in the Afternoon with Stick SticklyÂ and were starting to miss their favorite childhood shows from that time period. The Nickelodeon executives decided to give game shows another chance with another reboot of an older game show. Instead of a Nickelodeon game show from the 80’s, they decided to do a reboot a game show from the 90’s withÂ Wild & Crazy Kids.Â The reboot debuted on July 29, 2002.

There were few differences between the original and the reboot. One of them was that instead of three hosts consisting of teenagers, it had one adult host named Mati Moralejo. Another difference was that they constantly changed the colors of the teams from red, blue, orange, green, black, yellow, and purple. The final thing was that they had different games that rarely was rehashed from the original game show. Other than that, it was the exact same thing. Similar to the original, it had the same kids competing, the same rules, and the same setting of taking place mostly outside playing crazy, over-the-top sporting events. Also in the mix were celebrity guests such as Olympic skyer Bode Miller andÂ Spy KidsÂ co-stars Daryl Sabara and Alexa Vega.

The reboot lasted even shorter thanÂ Double Dare 2000Â as it was cancelled due to low ratings on September 16, 2002, less than two months after it debuted. The reboot ofÂ Wild & Crazy KidsÂ currently is the shortest lived Nickelodeon game show in history. Overall, I can understand why it was cancelled and why no one watched it. In my review of the originalÂ Wild & Crazy Kids,Â I said that my main gripes about the show were the three forgettable hosts, the crappy cinematography, and the messy games trying to capture the popularity ofÂ Double Dare.Â While the cinematography is much better and some of the games are pretty cool, it was pretty much unrecognizable. UnlikeÂ Double Dare 2000Â in whichÂ they played it way too safe and didn’t bring anything new to the table, the reboot ofÂ Wild & Crazy KidsÂ was absolutely nothing like the original. There were no slime, no pies, and no gross moments. It was pretty much all extreme games.Â Also Mati Moralejo is even more bland and forgettable than the original hosts andÂ that’sÂ saying something. I have to say that out of all the Nickelodeon game show reboots, this is probably the worst. This was a pointless and unnecessary reboot. I don’t recommend checking it out.

That’s all for now. Tune in next time as I take a look at two other forgotten Nickelodeon game shows from 2002:Â Robot WarsÂ andÂ Scaredy Camp. 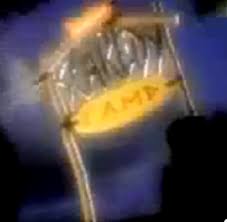