Time to end this list on my influences. We’re almost done so let’s go.

One of the more underrated video game reviewers, he reviews underrated games and genres. He has a great podcast series calledÂ The Boochow,Â he talks about different genres, he has interesting retrospectives, and great debates on games. As of now, he has the best retrospective of my favorite underrated series theÂ OddworldÂ series. If you haven’t seen his videos, check them out. Go to his website itstailtime.net and see more of his work. 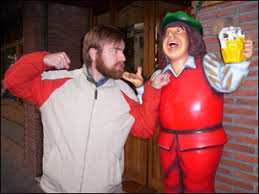 A staff writer for gamecola.net as well as one of the main bloggers for exfanding.com, Nathaniel is a hilarious video game reviewer who talks a lot about nerdy things fromÂ Star TrekÂ to food. But the one thing he’s best known for are his Let’s Plays of theÂ MegamanÂ series. His are some of the best I’ve ever seen: they have humor, great tricks and tips, and reviews on each game. You should really check it out when you have a chance to see a hardcoreÂ MegamanÂ fan in action. 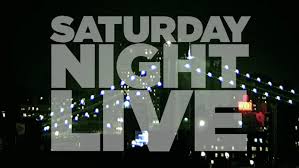 The first sketch comedy show ever on TV was truly something to behold. In its 35 years of airing,Â SNLÂ had many actors and actresses doing singing, dancing, improv, impressions of celebrities, and more. It was the inspiration for other sketch comedy shows such asÂ Laugh-In, You Can’t Do That on Television, All That, MAD, In Living Color,Â and more. Nowadays, it’s the only sketch comedy show in media. But not for long! 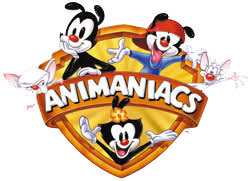 While it is true thatÂ Tiny Toon AdventuresÂ was the first “modern” Warner Bros. cartoons in many years, I devoted my entire childhood toÂ Animaniacs.Â The show had it all: great animation, memorable characters, and catchy music. Thanks to this show, I learned about the presidents, the state capitals, and the names of the countries. Who says that cartoons rot your mind? 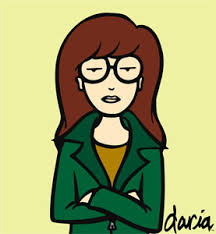 Both the show and the character represents the 90’s perfectly. In a time when teenagers were slackers and weren’t understood by their parents, Daria came along with her sharp, cynical, witty personality. The show was one of the most popular programs on MTV and it’s one of my all time favorite cartoons. I like it even better thanÂ Beavis and Butthead. 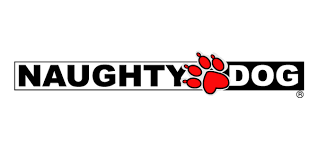 One can’t think of one company without the other. They are one of the most popular video game studios of all time and had delivered great games from the PlayStation consoles. FromÂ Crash BandicootÂ andÂ Spyro the DragonÂ on the PS1,Â Jak and DaxterÂ andÂ Ratchet and ClankÂ on the PS2, toÂ UnchartedÂ andÂ ResistanceÂ on the PS3, these two companies made some of the best franchises in video game history and have gone outside the box with their creativity andÂ ingenuity. They’re not stopping anytime soon sinceÂ The Last of UsÂ andÂ FuseÂ will be coming out soon.

47. The art of voice acting 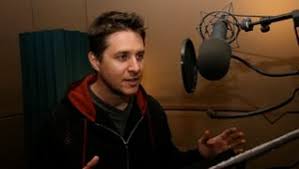 While I do appreciate the hard work of acting, there’s something really special about voice acting. Without your face and body, you still need to have emotion and character in your voice. It’s amazing when you listen to a cartoon or video game character and find out that they voiced another character completely different. People such as Mel Blanc, Daws Butler, June Foray, Don Messick, Townsend Coleman, Cam Clarke, Rob Paulsen, E.G. Daily, Kath Soucie, Nancy Cartwright, Jim Cummings, Tara Strong, Grey Delisle, Jennifer Hale, Nolan North, John DiMaggio, Maurice LaMarche, Debi Derryberry, Candi Milo, Phil LaMarr, Cree Summer, Kevin Michael Richardson, Frank Welker, Dee Bradley Baker, and more have influenced me a lot and became my heroes and role models. I can’t wait for the new documentaryÂ I Know That VoiceÂ to come out so I can learn more about this amazing art. 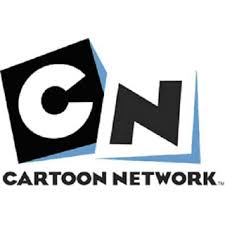 While I do love Nickelodeon, I love Cartoon Network as well. Having cartoons 24 hours a day every day blew my mind when I was 6. I was introduced to all the great Hanna Barbera cartoons and other cartoons such asÂ Powerpuff Girls, Dexter’s Laboratory, Samurai Jack, Foster’s Home for Imaginary Friends, Adventure Time,Â and more. I’m hoping to do a Cartoon Network tribute a few years from now. There’s so much to talk about and so much influence that they did for television. 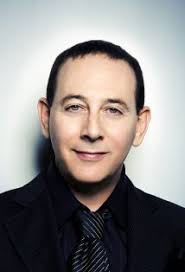 For some of you who have been reading my content for over a year, you’ve probably been waiting for him to show up. For those who are new to my content, you’re probably either confused, disgusted, or you’re laughing your ass off thinking that I’m joking. Are you done now? Okay. Yes, say whatever joke you want about him but he’ll always snap back with his infamous catchphrase “I know you are, but what am I?” For those who are in their teens or early 20’s, Paul Reubens’ most famous role is the zany, non-sequitor man child known as Pee-wee Herman. Growing up as a toddler in the late 80’s, early 90’s, I would sneak downstairs on Saturday mornings to see cartoons such asÂ Muppet Babies.Â But thenÂ Pee-wee’s PlayhouseÂ would air and I would be glued to the TV. My mom would turn it off as soon as she came downstairs. One: we weren’t allowed to watch TV on Saturdays unless it was a Christian program or a nature show since we’re Seventh Day Adventists. Two: she never liked him. I didn’t care though: this show changed me forever. But then 1991 hit and the hate grew even more strong on my mother. I, like millions of other kids, were forbidden to watch the show and the movies and was like that for years.

That is until I hit my college years and saw the show on Adult Swim as well asÂ The Pee-wee Herman ShowÂ andÂ Pee-wee’s Big Adventure.Â Just like withÂ Animaniacs, The Ren & Stimpy Show,Â andÂ Rocko’s Modern Life,Â the humor of Pee-wee was even more hilarious now that I was an adult. Not only that, I learned more about kids’ shows when I went to school for teaching. I learned how influential the show was and how it held up. It was because that the characters, especially Pee-wee, were timeless and the lessons weren’t shoved down your throat like most of the preschool shows from the 90’s. It taught me that it was okay to be different in a time in which I feltÂ awkward towards other people. I was born with Asperger’s Syndrome and being social to other people wasn’t my strong suit. I felt that while watching Pee-weeÂ perform on a movie, on stage, or on TV, I was able to find something relatable about him. However, it hasn’t been easy being a fan. Due to hisÂ indiscretions, most people use him as the butt of every joke. I even heard people who have said that they only know him as one of the many jokes that the Nostalgia Critic uses with his P.S.A. commercial and “incident”. Let me tell you something, he’s way more than that. While he’s not everyone’s cup of tea, he has become a very special friend to those who grew up with him and someone that parents are introducing to their kids even today. Even back then, he had a cult following and surprisingly, it has been steadily growing over the past 35 years. It became even more huge when he had his comeback in 2009 with his new stage show. People were reuniting with an old friend and the love bursted out from their hearts. He was finally back with our lives!

As for an actor, he’s also great and the highlight of every role he’s played in. While most of the movies he’s been in are bad, he’s been the best part of every movie. InÂ Cheech and Chong’s Next MovieÂ andÂ Nice Dreams,Â he was fantastic, inÂ Blow,Â he was the best character there as Derek Foreal, inÂ Life During Wartime,Â he played an amazingly fantastic, dark, serious, and brooding role that I never thought that he would perform in, and his voice acting is pretty decent portraying as Lock fromÂ Nightmare Before Christmas,Â Bat-Mite fromÂ Batman: The Brave and the Bold,Â and Pavel fromÂ Tron: Uprising.Â I dedicated an entire blog for him when his 60th birthday hit and I hope that he lives many more to do great performances. Regardless of what people say, he’s one of my heroes and a great influence in my life. He even loved a post that I did of him that he tweeted for all his fans to see. In fact, if it wasn’t for my love for him, my next influence wouldn’t have happened. 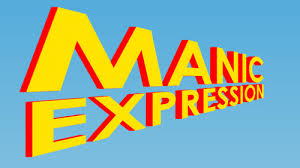 Yeah, surprising. When Paul Reubens loved the post that I did for him, it gave me the confidence to continue blogging when I first started out. I signted into the TGWTG blog site and brought my work out. When I wrote a book review ofÂ Inside Pee-wee’s Playhouse,Â one man recognized my work. His name was Positive Troll. We became fast friends and he told me about a little site named Manic Expression and to be a member. I said “yes” and I became the 50th member. Positive Troll since then changed his name to Les and we’re still friends ever since. In fact, the original content from everyone at the site from James’Â Stop the Hate, Moviefan12’s Disney posts, Ratin8tor’sÂ In Too DeepÂ series, Timdiana’s reviews, James Bevan’s Gems of underrated video games, Sydney’s down-to-earth posts about her sexuality, The Fanfic Critic’s fanfic reviews, Decker Shado’s reviews on theÂ AlienÂ andÂ PredatorÂ series, Brekclub85’s discussions about games and movies, the Comic Book Cast consisting of Armin, Joel, Sean, Ben, and Tom talking about comic books, BigBlackHatMan reviewing westerns, and Les collaborating with many talented bloggers, and much more were mind blowing. Not since Willvolution that I was involved in a fantastic website with amazing people who were nice, down-to-earth, and supportive. We were all friends, even family. No competition on who was the better blogger or video producer, no arguing, no flame wars, no negative comments, or not one person who was the dick to everyone else. It was something that I never would see again on the internet.

Now we are the best community on the site with the most original content like the Podcast Plays, the hundred member specials, and the 1 year documentary. I always thought that I was just a normal blogger that was just going to blend in with the crowd. Now people actually like my work and compliment it. Some even follow my work. That shocked me! I never thought that people would like it, let alone follow me. I thought that was for the more popular people. Nonetheless, it was because of Manic Expression that I continue to learn, grow, and post my content and will continue to do so.

Those are 50 of my influences. I hope you enjoyed it. What or who are your influences? Post down in the comments below. Hope to see you around Old School Lane soon. Thanks for reading.