Some would say that the sky is too full of Infinite Spirits clouding the skies. One comes to mind to have the highest right to soar the blues, but also right golden hand of the new owner of sands.

Horus, a man and falcon, a mixture that should forever feared then in ancient times and those of modern life.

In the times of long forgotten, Horus hovered the new kings of sand, being their guide, their soul, their clever mind. For that is was a choice, his father could not carry on.

If not setting fear into the mortals. It was breaking immortals apart from inside and out.

For Horus, it was the death of father, the old keeper of the kings, Osiris. Forever trapped in the land of the dead. In a demonic tomb handmade for him, and only him. Where his voice leads the past kings through the underworld. As his son, takes his place as leader of future kings.

Horus in the past, when being a leader of future kings, it took the toll on his being. For that haunting words from his mother and father echo deeply in his mind. Even more so of Set’s of when the time will come. Of his falling day is nearing. Many moons and sun passed on from then.

Nothing. But it would be a matter of time. Until then, Horus holds his place by the kings with slim shivers of failure.

Ra and many others calm him. Short in time. But pulls through. To the bitter end.

For his immortal kin.

For his father he may never see.

Yet those echoes from his father reach near, soothing only a way a parent can for a child, that stills has a lot of growing to do. 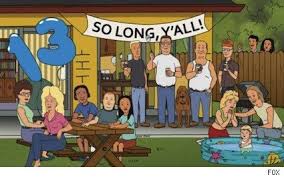