For those who missed Part 1, clickÂ here! 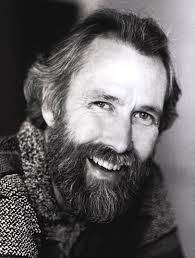 I happen to be a huge fan of puppetry. While he didn’t invent it the art of puppetry, his artistic abilities with creating memorable characters and the designs were influential and groundbreaking when puppets looked very homemade like the ones fromÂ Kukla, Fran, and Ollie.Â I love the Muppets such as Kermit, Fonzie, Miss Piggy, Gonzo, and more. Not to mention all the characters fromÂ Sesame StreetÂ as well. The Muppet movies and TV shows as well as others such asÂ LabyrinthÂ andÂ The Dark CrystalÂ were amazing when I was younger. When I got older, I really appreciated the artistry and work that a puppeteer has to do to perform and present these characters that have been around since we were kids. When he passed away in 1990, the majority of kids’ shows weren’t the same and puppetry at the time was becoming a dying art. Even The Muppets were slowly fading away in our lives. Nowadays, they’ve made a fantastic comeback with a good movie and a sequel coming out. 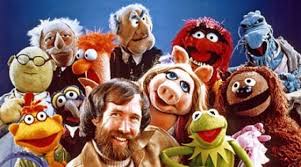 Ah yes! My first Internet reviewer. Back in 2007 when people were trying to copy off The Angry Video Game Nerd yelling, cursing, and talking about bad games. Lindsey “Z” Briggs a.k.a. Little Miss Gamer from PBC Productions came along and talked to her audience in a sweet, calm, down-to-earth voice about her favorite video games from her youth. It was a breath of fresh air seeing this and it was always exciting to find out what was she going to talk about next. She did a podcast with Lee Davidge titled “Lee and Z”, she had a quirky taste in games fromÂ A Boy and His BlobÂ toÂ Food Fight,Â and she would answer fan mail from the people who wrote to her in every episode. Nowadays, she’s busy with her puppeteering work with The Jim Henson Company and she hasn’t done a video in almost 3 years. I miss her terribly, but I would never forget her amazing work. She taught us what many people seem to be forgetting nowadays: video games are about fun. 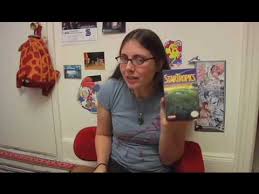 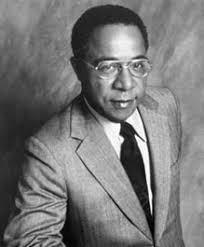 This author wrote one of the greatest novels of all time:Â Roots.Â Sure, he also wrote another book similar calledÂ QueenÂ about his father’s side, butÂ RootsÂ was the most memorable.Â Around the 70’s, millions of people were fascinated with their heritage and their ancestry and it was all because of him. It took him 10 years to research about his family heritage, but it was all worth it. The story starting around 1767 with the 17-year-old Kunta Kinte and ending with his birth in 1921 was a long, epic story about keeping your legacy alive. This also became a huge phenomenon whenÂ RootsÂ became a TV miniseries. When I saw the TV mini-series in high school, it made me interested about my family legacy. I traced them back to over 100 years and found out that my mother’s side of the family owned a lot of rich farmland in Dominican Republic. However due to family difficulties, there were a lot of bad decisions to who really owned the land and now it’s practically all gone. Some distant members of my family I don’t know own the last remnants of the land now. They originated in Spain before moving to Dominican Republic and I may even have had one from France. As for my father’s side, it’s still a mystery to me. Nonetheless, this was the man who inspired me to know about my “roots”. 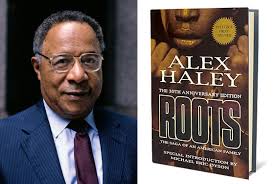 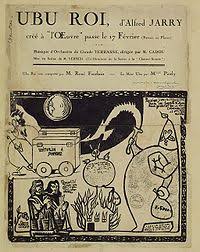 This was one of the weirdest plays I’ve ever read and I love it! It was like a combination ofÂ Hamlet, Macbeth,Â andÂ Richard III,Â but mixed with satire of power, greed, and gluttony. It’s the story about Ubu, a fat, selfish, cruel, and witty man who is lazy and content with his life. But his wife wants to have a more luxurious life so she convinces him to kill the king and his sons so he can rule. As time goes on, he becomes more mean and powerful and the stories shift from the last surviving son at war trying to kill Ubu and restore piece to the land. When Alfred Jarry had his play debuted in 1896, it was panned so bad by audiences that it was shown once and never shown again. It was too strange for their tastes when the opening line “Merdre”, the French word for “shit” was uttered. Not to mention its disrespect for religion, royalty, and society. He died in 1907 at the age of 34 when his works weren’t appreciated. Now it’s been the inspiration for strange surreal plays with aÂ satirical flare. He was way ahead of his time. 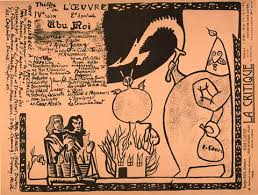 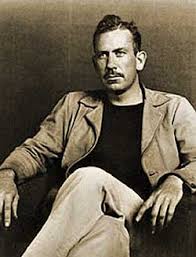 When I was in middle school, I moved from Dickens to Steinbeck. His stories talking about life during the late 20’s to late 30’s in California were great American classics. Books such asÂ The Grapes of Wrath, Travels with Charley, Of Mice and Men, The Pearl,Â and more were read numerous times in my life. In fact, one of my favorite movies of all time is the 1940 filmÂ The Grapes of WrathÂ starring Henry Fonda as Tom Joad. Although his books date back during the Great Depression, his stories are timeless. 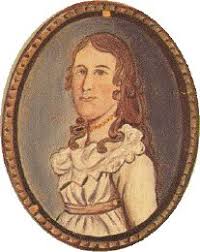 This forgotten American heroine impersonated as a soldier during the Revolutionary War. She was basically like Mulan if she was American and…real. Deborah Sampson was strong due to her hard work at the farm and tall for a woman during the time at 5’7. She decided to serve her country in impersonating as a man named Robert Shirtleff and was in the army for almost two years. When she was shot with two musket balls in her thigh, she tried to have them removed by herself so that her identity wouldn’t be discovered. She removed one, but the other one was too deep. She never fully recovered. As time went on, she was discovered and was resigned with honor by George Washington. As time went on, she lived a normal life as a wife and mother, but still fought hard to received pension money due to her fighting. After her death, the state of Massachusetts sees her as a hero. In fact, her hometown Sharon had honored her with a statue. Although there were probably hundreds of women who impersonated as soldiers before her, she led the way for female soldiers who can fight for our country as well as men. 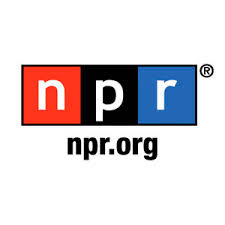 Say what you want about the tensions that have been going on recently, but NPR (National Public Radio) is one of the only reasons I tune into the radio anymore. They have so many segments that got me tuning in almost every day:Â Fresh AirÂ by Terry Gross with many interviews with celebrities, authors, politicians, and more,Â AÂ Prairie Home CompanionÂ with Garrison Keillor and his other actors performing funny stories and plays,Â Wait, Wait, Don’t Tell MeÂ with Peter Sagal and Carl Kasell talking about the news of the week in aÂ humorous,Â All Things ConsideredÂ talking about the national, local, and obscure news,Â Car TalkÂ featuring Tom and Ray Magliozzi answering funny questions and tips about cars,Â This American LifeÂ which talks about stories based on real life,Â and so much more. It’s filled with so many fun, interesting things to listen to and all based on what’s really happening. It’s much less depressing than what’s going on CNN. It goes to show you how well a non-profit radio station can last over 40 years later in this world of technology. 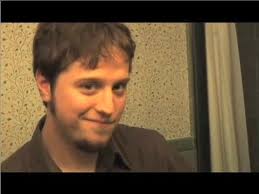 Derek is another Internet reviewer that I got my influences on. Derek aka The Happy Video Game Nerd talks about underrated old school video games in a calm, happy way to counteract with The Angry Video Game Nerd’s rant on bad video games. Not to mention he’s the co-founder of the band Starship Amazing and he does podcasts such asÂ Video Game TakeoutÂ andÂ Retrobeats.Â I first got introduced to him around 2008 when I saw his review ofÂ Mega Man 9Â and I never looked back. In fact, if you want to know, the inspiration of the music podcastÂ Nick JukeboxÂ came fromÂ Retrobeats.Â I’m glad that he’s becoming just as recognizable as the AVGN and he deserves it.

Yeah, of course I had to include my partner and best friend. We first met in P.S. 192 in Brooklyn, NY when we were 9-years-old. When I moved from Philadelphia, Pennsylvania to Brooklyn, NY after my mom got back together with my dad, I felt alone and out-of-place. Although I was born in Brooklyn, I was raised in Philadelphia when I was 3. When I went into school, Kevin approached me and talked aboutÂ Goosebumps.Â We became friends ever since. It had been a hard struggle over the years, but we always knew that we had each other. His love and knowledge for film, TV shows, acting, directing, and more was huge in my life and had broadened my love for the media. I owe him a lot for everything he’s done for me. 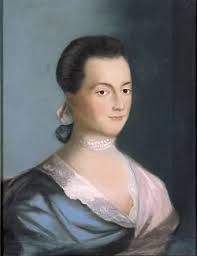 She’s one of my favorite First Ladies of the White House. She was strong, assertive, intelligent, and spoke her mind in a time when women were silent. She helped and sided with her husband President John Adams all the way through his years. Her dedication and hard work really shined and makes her one of the best role models that I’ve ever had.

Those are ten more of my influences. Tune in next time as we talk about ten more. Hope to see you around Old School Lane soon.