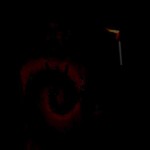 Greetings Manic babies, I, as many of you have come to know, am Darkfan21, the evil opposite of my sworn rival and hated enemy, Moviefan12. Many of you may also remember that the greatness that is me once kept a log of the events transpiring during my time in a weird place with no light(I believe it was DisneyOtoko’s basement, though he would deny it). That log has been rather barren as of late, mostly do to my loss of internet connection in this strange land(And I got bored of writing it), suffice to say, it was filled with character development, heroic moments featuring yours truly, and a riveting story in which I, your one and only evil overlord, was present.

But that’s not what matters now.

I have noticed, in my current dwelling(A small shack in some 3rd world country(long story), that the once Great Manic Expression was destroyed by webs, how unfortunate, I must say, for the allies of my greatest enemy to go down at the hands of someone other than I.

Yes, this Webs.com creature is a marvelous beast, one of true might, I shall ally with it in the future, it’s forces of darkness can aid me in my never-ending quest for conquest and my insured defeat of my hated enemy, oh look, there they are now,

…Drat! Oh well, I suppose it’s for the best, only my evil may reign supreme after all.

And what’s this I see? A new Manic Expression? Peh, I could design a better website in my sleep, no, this isn’t a website, this is cattle, and I will take it down.

Now then, to all those who appose me, I am Darkfan21, and this isn’t the last you’ve seen of me.

It was a man, with key in hand, but why a key? did it unlock something? And…what horrors did this key bring? Who was this man? The key was gigantic…you could have played baseball with the thing. How did he get hold of this key that…did he hurt me? Yes, I think he did…But why did he hurt me? Have I done something wrong?

I travel in this strange land, full of strange things, I have decided not to approach them, they look dangerous, terrifying, but why? As I travel, all I can think about is the man with a key. For some reason, I desire this key, I need it, I can feel it’s power. But where is it? I need that power. Yet do I? What has enticed me so into thinking of this weapon….a weapon…yes, it was a weapon, but why have a weapon like that?

when walking around these dark lands, I saw a man. Eager to learn of another person’s travels, I dashed towards him, but, just as i was about to reach him, the creatures, the swarms of shadowy creatures, they all pounced upon him. I ran, and wondered, why had I not yet been attacked? Who was that man, and, more importantly, what should I do?

Running, running, so much running, I needed a rest, but nowhere to go, nothing to do, what should I do? What could I do? So many monsters. monsters everywhere, looking at me, mocking me, the horror. And yet, I don’t truly feel scared, it’s a bit odd.

it had been a while since I made any real decisions, but, it was time to get an answer. I approached one of the creatures, with it’s yellow eyes, and the antennas of an insect. It was actually kind of cute, but that didn’t matter, I needed to know why I wasn’t dead yet. When I got close to the creature, it jumped up, and now looked prepared for battle. This was not good, I had no plan, and no weapons. When I took a step back, the creature lost interest, and wandered away. This didn’t make any sense.

I have travelled and travelled but I have gotten nowhere. Is this all there is? Bleak nothingness? A bit dull. Than, I saw something. water, I did not think I would find water. And a beach, oh how I miss the beaches, or did I? It was hard to tell, and there, there is where I saw…her. “Hello?” I said. She jumped, I had startled her. “I’m sorry but, I haven’t met anyone else here, well, there was this man, but, he’s not here anymore.” She calmed, and she said, “what’s your name?” “Not a clue?” I said, and it was true, I hadn’t even thought about what I once called myself. “And you?” I said. She looked at me and said.