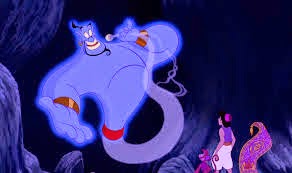 Hello & welcome back to A Look at Disney. This past week, we lost a great star and a comedy legend. Robin Williams passed away at the age of 63. Now, I don’t want to get into the details of what happened. You can go read various news outlets for that but this struck a hard blow because he played one of my favorite Disney characters, Genie and I know this may sound wrong or shallow but hearing he died, you might as well have told me that the Genie died. This is the role, that I most associate with Robin Williams. I’ve loved the Genie since I was a kid and I feel the best way to honor Robin Williams is by counting down my Top 6 Genie Moments. With that out of the way, let’s begin.

There’s A Party Here In Agrabah 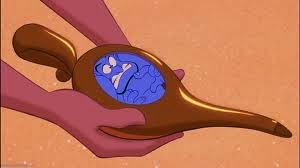 This moment is easily one of the funniest moments from Genie and that’s saying a lot considering that he is one of the funniest Disney characters and that is a great credit to Robin Williams but my sister and would always go around and quote the “itty bitty living space” line of this scene, when were younger. Because Robin Williams’ delivery on that line is just so funny. 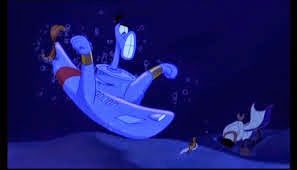 I really like this moment because this is the moment, where you can see Genie truly cares for Aladdin and will do anything to save him, even if it did use up Aladdin’s second wish. As I went over in my review of the movie, when I was little, I thought that was cheating but looking back on it, now I don’t see it that way and it’s just a great scene showing how far, Genie will go for Aladdin.

4. Pulling Sebastian out of the Cook Book/Turning Into Pinnochio

Genie: Nope. Alaskan king crab.
[pulls out Sebastian clamped to his finger. “Under the Sea” plays as Genie flicks him off of his finger]

These two are on here for pretty much the same reason, I love the little Disney references that they did with Genie in this movie. And I’m weird in that Genie turning into Pinocchio is the first thing that I think of when I think of the character of Pinocchio and being the Little Mermaid fan that I am, I love it, when he pulls Sebastian out of the cook book. It’s just such a great joke that comes and goes.

3. Tell Her The Truth 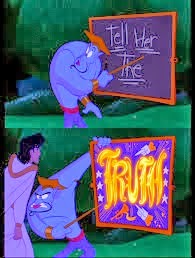 Genie: [as Jack Nicholson] All right, sparky, here’s the deal. If you wanna court the little lady, you gotta be a straight shooter. Do you got it?
Aladdin: What?
Genie: [pointing to each word on a blackboard] Tell her the truth! 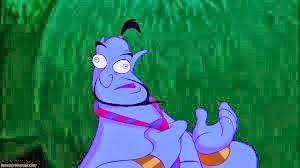 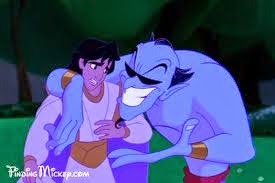 And this just shows off Robin Williams’ great talent for impersonations but more importantly, I like this scene because you get the feeling that again, Genie truly cares for Aladdin and is the closest thing that Aladdin has had to family in his life and for all intents and purposes, Genie feels like a father figure to Al in this scene and it’s very sweet and nice to see.

This was my # 1 moment on my Top 6 Aladdin Moments back during Aladdin Week and I knew that I had to talk about it again here because this is what Genie had wanted all throughout the film and to see him get his freedom is just gratifying as he is no longer a slave to peoples’ beck and call and can now do whatever he wants and use his powers, how he sees fit. More importantly though, this scene again emphasizes how much Genie and Aladdin care for each other as they are a family.

Just take a look at their exchange during this scene and this should show how much of a family, they are.

Aladdin: Genie, I’m gonna miss you.
Genie: [tearfully] Me, too, Al. No matter what anybody says… you’ll always be a prince to me. [He and Aladdin hug]

This is the love of two people that through their time together and the challenges that they have faced have become a family. 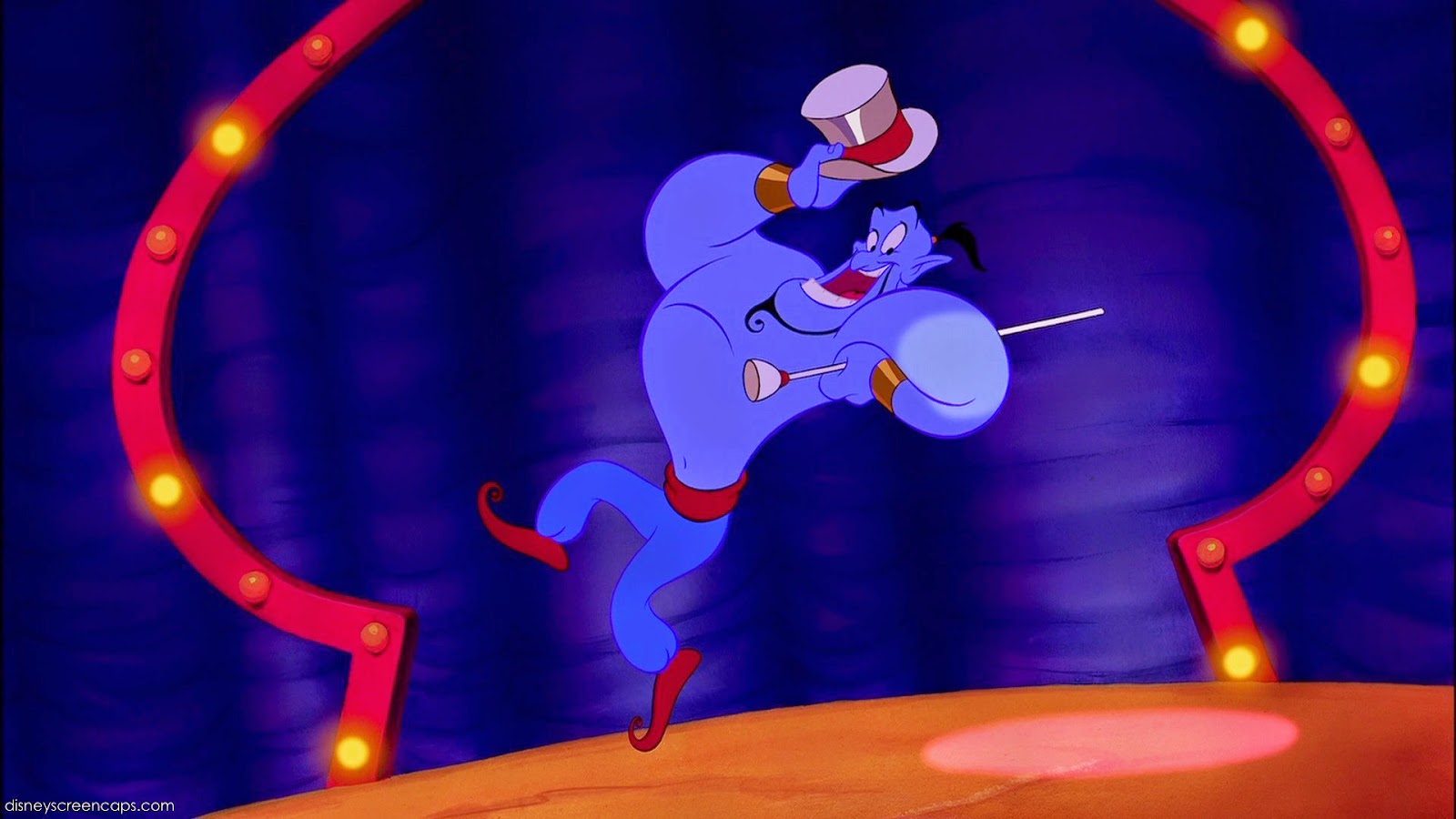 Like, you didn’t see this one coming. This is what most people think of when they think of Genie. Now I’ll be honest and debated on whether or not to make this a tie with “Prince Ali” but in the end, I felt it was more fitting to give this slot to just Friend Like Me. This song is just so much fun and that comes from the energy that Robin Williams puts into this number. What makes it even better is that a lot of the lyrics were improvised and that is just so much fun. This is one of the most fun songs in any Disney film and again that comes from the performance. It’s also a great introductory song to Genie as it really lets you in on what type of character, you have with him. A silly, over the top comedic character that is just so much fun and in my opinion made the movie.

I hope that you have enjoyed this special countdown and whether you know Robin Williams from Aladdin, Hook, Jumanji, Good Will Hunting, Night At The Museum, Mork & Mindy and many other films and shows from his body of work, it stand that we have lost a talent. Someone that made the world laugh and always wanted to bring a smile to peoples’ faces. Mr. Williams, thank you for all the years of laughter you brought me and well, I think there is only one way for me to close this out.