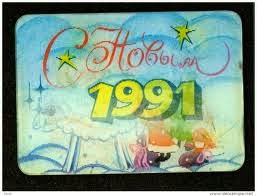 Hello & welcome back to A Look at Disney and it’s once again time to open the vault of the past as we take a look at what happened in 1991. As a reminder, this will cover film, TV, and Theme Parks. With that out of the way, let’s begin. 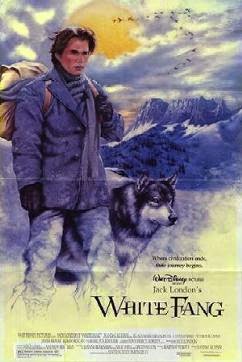 On January 18th, White Fang is released. I’ll admit I know very little about this film. I think my family owns a copy of it but I’m not sure but that poster does intrigue me into giving this film a look. 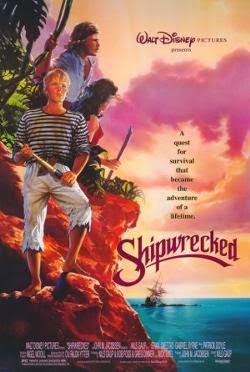 On March 1st, Shipwrecked was released. Now, I have to be straight up and honest and say I had never even heard of this movie before looking up this year on the Disney Wiki. Apparently, it took it’s inspiration from Robinson Crusoe. Hmm, might be worth a watch. 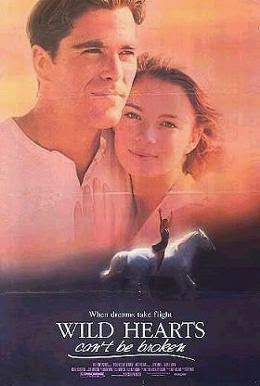 On May 24th, Wild Hearts Can’t Be Broken was released and it appears to be a biopic about a young lady named Sonora Webster Carver, who was an orphan during the the Depression that rode horses. I’m probably simplifying the story but I’m going by the Disney Wiki. 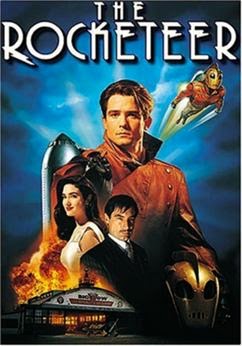 On June 21st, The Rocketeer was released. Oh, now this is a movie I know and love. This is probably my favorite superhero movie. This movie is just so much fun. Everything about this movie works from the setting to the characters, especially Cliff. This movie does not deserve to be as underrated as it is. Thankfully, however in recent years, it has getting some love as references to it pop up at Disney parks and just this year Hallmark released a Rocketeer Christmas ornament and you can bet that I bought one. 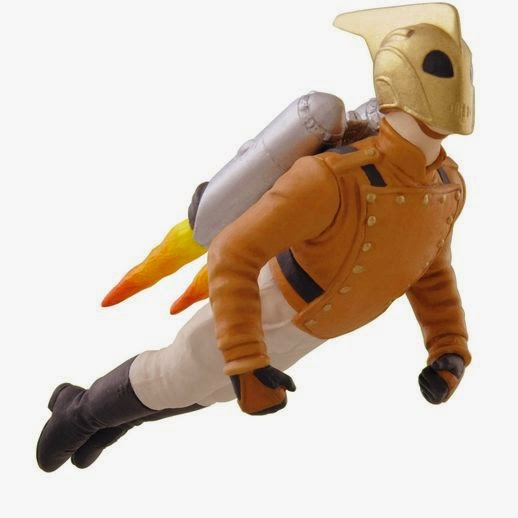 And a few years back, Disney was talking about remaking this film. I’m of two minds on that front. I love this movie so much that I’d be very critical of a remake but at the same time, a remake could bring the original film more exposure and I’m all for that as this is a film that deserves to be loved by today’s generation. Also, can I say that I just love this poster. 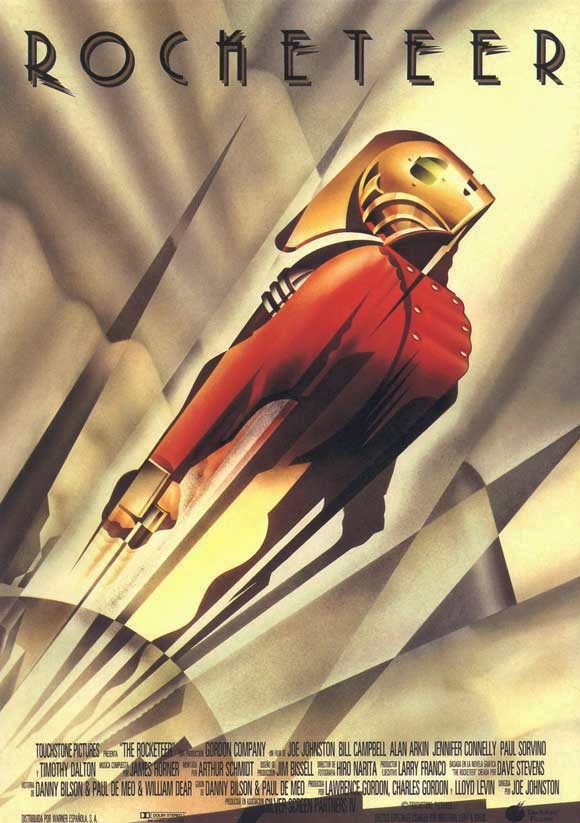 Beauty and The Beast 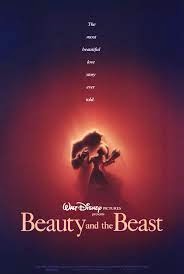 On November 22nd, Beauty and The Beast was released and what hasn’t been said about this film. It’s a tale as old as time and it was the second movie in the Renaissance era to help reestablish Disney as the powerhouse of animation that they are. And it did that because of the great story, the beautiful animation and the wonderful songs from Howard Ashman and Alan Menken. Also, it’s important to note that during the production of this film, Howard Ashman revealed that he was HIV positive and got very sick while working on this film and Aladdin and this movie is dedicated to his memory. However, four days before he passed away, Howard Ashman got to see a finished copy of the film in his hospital bedroom. If you want more on this, check out Waking Sleeping Beauty.

One Hundred and One Dalmatians 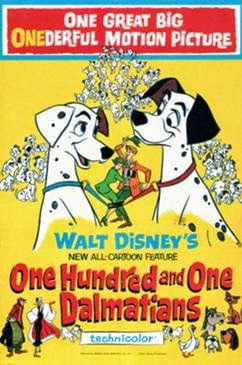 On July 12th, One Hundred and One Dalmatians was re released in theaters and this was it’s last re release. Man, that would’ve been cool to see this on the big screen. Then again, I feel that way about most Disney movies.

DuckTales The Movie: The Treasure of The Lost Lamp 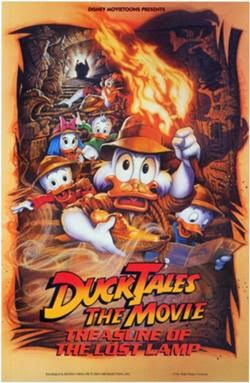 On March 15th, DuckTales The Movie: The Treasure of The Lost Lamp was released on VHS. Man, I have not watched this movie in a long time. On May 3rd, The Jungle Book was released on VHS. This is a good movie and I don’t understand why Disney is remaking it and seriously, Bill Murray as Baloo. That just seems like a miscast in my opinion but I’ll give it a chance. But…

On June 2nd, Peter and The Wolf, The Prince and The Pauper, and Willie Operatic Whale were released on VHS. These are all great shorts and I think I know what the next Classic Shorts Showcase is going to be.

On June 12th, White Fang was released on VHS.

On July 12th, Bedknobs and Broomsticks, Mary Poppins, Pete’s Dragon, Dumbo, and Robin Hood, and Alice In Wonderland were released on VHS.

On July 17th, Shipwrecked was released on VHS.

September 11th had a lot of re releases, here ya go.

20,000 Leagues Under the Sea, Candleshoe, The Love Bug, The Apple Dumpling Gang, The Story of Robin Hood and His Merrie Men, Freaky Friday, Kidnapped, In Search of the Castaways, Treasure Island, Old Yeller, Pollyanna, The Three Lives of Thomasina, and The Parent Trap.

Yeah, all of these films were released on VHS on that day.

On September 20th, The Rescuers Down Under was released on VHS.

On November 1st, Fantastia was released on VHS 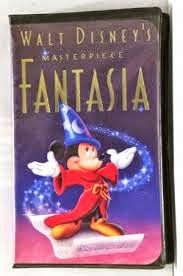 Adventures In Wonderland premiered on Disney Channel, this year. Oddly, an exact date was not given. 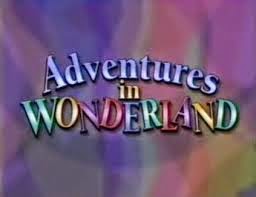 And I loved this show as a kid. Was it corny? Yes. Was it cheesy? Absolutely. Was it weird that Alice was a preteen girl in the ’90s. Not really. Looking back, this show is rather corny but I like it for what it was. I mean, where else are you going to see Gilbert Gottfried play a bully that picked on The March Hare and it also features Willie Nelson in the same episode. Yes, that’s right, Willie Nelson and Gilbert Gottfried in the same episode of this show. This show was so silly but I loved it. Easily, the best part was the theme song and the intro.
That just oozes ’90s. Oh, and I just re read my review of the episode that Willie Nelson and Gilbert Gottfried were in, apparently, O.J. Simpson also guest starred on this show. Okay, I gotta find that episode. I did some digging and apparently, that episode is titled. “White Rabbits Can’t Jump”. I couldn’t make this up, if I tried and I wouldn’t want to. Oh, and you guys just need to see what Tweedle Dee and Tweedle Dum look like in this show. 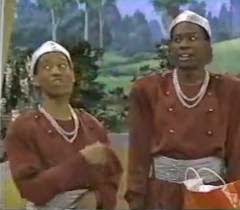 I think, we better move on before I die of laughter.

The Adventures of the Gummi Bears aired it’s final episode on February 22nd. Okay, confession time. I found this show a bit boring as a kid. I mean I like the theme song but I could just never get into this show as a kid. 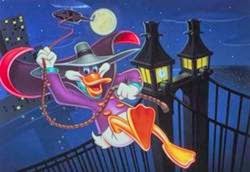 On March 31st , Darkwing debuted on Disney Channel with Darkly Dawns The Duck and Darkwing would go on to become one of the greatest Disney cartoons of the ’90s and in my opinion, Jim Cummings’ finest role was as DW.

On April 26th, a staple of ’90s sitcoms debuted and one of the first of many co-productions from Disney and Jim Henson was released and that was Dinosaurs. 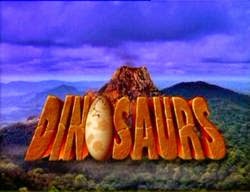 I remember as a little kid, I loved this show and I had a shirt with Baby Sinclair on this show. Man, he was the breakout character of this show wasn’t he? And to think, he was played by Kevin Clash aka Elmo. 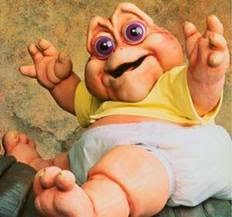 I mean, this character had his own music video based on his famous catchphrase.

I’m the baby, gotta love me

On August 8th, TaleSpin aired it’s final episode. I may have to track this down because I liked this show.

Winnie The Pooh and Christmas Too 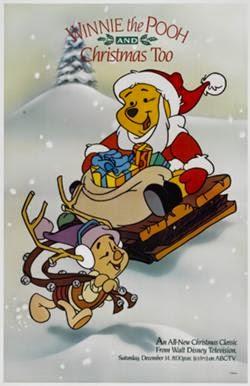 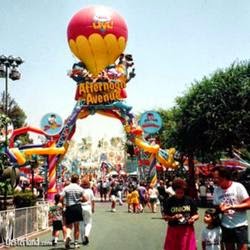 On March 15th, Disney Afternoon Avenue opened at Disneyland. And here you could meet characters from the Disney Afternoon such as Scrooge, Baloo, Beagle Boys. And apparently, it only lasted a year. You could even get Gummi Berry Juice. Okay, that’s awesome. 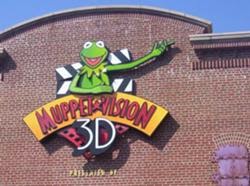 The last thing to bring up is Muppet*Vision 3D opened at MGM Studios. Man, I love this show. It captures the zany spirit of the Muppets perfectly. It’s just silly, and fun. This was my first Disney World attraction and I’ll be forever grateful for seeing this.

There, you have it. My look at What Happened in 1991. I hope that you’ve enjoyed this look at what happened at Disney in this year.