Hey everyone, I’m Chilton and this is The Hitlist, where I take on songs that I love to hate. Originally, this was going to be a video series, but I felt that just making it a blog would be easier on me. With that said…

I was born in 1992, so I never really got into the whole “Adult Alternative” thing. In fact, most of the time, I just stumble upon songs in this genre. But one Adult Alternative band I’m familiar with is Train. The first song I heard from them was “Hey Soul Sister”. Aside from Pat Monahan’s singing voice and some…questionable…lyrics (“So gangsta I’m so thug”…seriously?), it was an ok song. Or at least, it’s better than another one of their songs that I’ve heard: “Drive By“.

The main problem with the song is its horrible lyrics, namely the chorus. I might as well look at the line that everyone seems to have a problem with:

And it’s not like he’s being tongue-in-cheek here. That’s literally how he describes this girl that he claims to like. Frankly, it’sÂ some of the worst lyrics I’ve ever heard. It’s something Weird Al would come up with if he had the mind of Jeff Dunham. And the talent of Adam Sandler. Now, that’s the worst it gets, thank goodness. But it’s still bad when you consider the song’s story. Basically, Pat Monahan sees this girl that he had a one night stand with. He wants them to get back together, but she wants nothing to do with him. He even says in the first verse that she had to move to another city just to get away from him. Take a hint, Monahan–she doesn’t want you! Move on!

If you thought that was bad, get a load of the bridge:

First off, Nothing says “I love you” like leaving her after sex, right? If you said “no,” you’re clearly human. Second, “a little time to get my head together”? So basically, what you’re doing is insane, you know it’s–rather, YOU–are insane, but you’re gonna do it anyway. Anyone see the problem with that logic? If so, again, you’re human.

Of course, it’s not without its pros. The instrumentals are decent, and aside from a few spots, Monahan’s singing is at least competent. But the lyrical choices bring it waaaaaay down. Can Monahan do better? Maybe, but if not, he needs help. Actually, he needs help anyway–psychological help. Because no one who compares his girl to a trash bag and his own love to garbage and viruses is in his right mind. 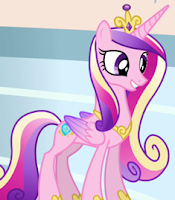