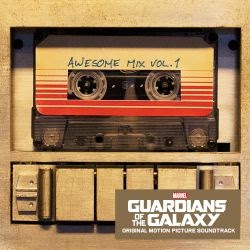 Hello & welcome back to A Look at Disney and the first Music Fridays on this brand new Manic. And well, I’m finally doing something Marvel related. I know, took me long enough. See, thing is, I was on the fence about doing something Marvel but then I saw Guardians of The Galaxy and immediately knew that this week’s Music Fridays had to be about the music that was in the film as the soundtrack is the true star of the movie. The film did a smart thing by using the music to tie it back to the audience and give us insight to who Peter Quill aka Star Lord is, and what he liked as a kid. Now, I won’t cover all the songs as this movie is only a week old. Instead, I’ll just look at 4 songs featured in the movie.

Hooked On A Feeling – Blue Swede

Ah, yes this song. If you’ve seen the trailers for Guardians, you know the connection already but this song isn’t the first song in the film, which was a smart move because I imagine most people like myself were expecting to hear this song in the movie itself and holding off using it until when the Guardians are first arrested was a smart move.

Come and Get Your Love – Redbone

This was a great song to use to open the film and it really gave you a taste for who Peter Quill aka Star Lord is by playing this song and just the way, it ties into the film is genius as with all of the songs that are featured in this film.

The way, this song is woven into the film is quite hysterical and makes for one of the best Marvel moments ever. It’s just really funny and goes onto prove why Star Lord is the best character in the movie. The way, it is worked in the film just made me chuckle and it was just great. And this was the first song, I had to listen to, after I saw the movie. It was just that good.

I’ll be honest and say I can’t remember where this song was used in the film but there were so many great hits in the film, that it was hard to choose which to close out with but you can never go wrong with The Pina Colada Song. It’s just a fun song that fits perfectly into the world that was set up in this film. It ties in so well with this fun movie about a ragtag team of two aliens, a human, a raccoon, and a tree that at first all hate each others’ guts. Well except, Groot, I don’t think Groot could hate anyone. Unless you cause his friends danger. Groot is just adorable. 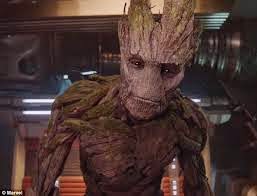 In my opinion, Guardians of The Galaxy is one of the best Marvel movies out there and probably the strongest Phase 2 movie to date. It has a solid cast, wonderful characters and as observed here, a really good soundtrack. Peace!