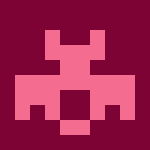 It is time once again for the OtherDude92 to return, and this time to revamp one of my earliest blog posts. I am a huge fan of Science Fiction, my biggest interest being Sci-Fi television. There is quite a lot of shows I like, but which ones are the best. After a long process of choosing the many programs I saw over the years, I have finally picked the shows that I find to be the best. With that said, let us begin.

Farscape is one of the most creative sci-fi shows Iâ€™ve ever seen. Itâ€™s a simple story; a man from earth gets lost in space and has to find his way home while encountering threats along the way. What makes this show stand out is that since it was created by Jim Hensonâ€™s studio, it has a lot of really great and unique aliens, making for a very fresh space opera universe. Its aesthetics and look makes this show one of the best.

Itâ€™s a pretty big understatement to say that this show is weird. While it may be simply story (a secret agent trying to escape a prison), this show gives you weird moment after weird moment, but thatâ€™s what makes it stand out so much in a good way. It gives you something fresh to experience with each passing episode, which makes this very short show a diamond in the ruff.

During the summers when I was a kid, I would generally spend my time watching old shows. One of the best shows I saw was Quantum Leap (which was one of the few 80â€™s shows that I find holds up today). Itâ€™s about a guy named Sam Beckett who is trapped in time and hopes into bodies of different people threw different time periods. Itâ€™s one of the few weekly shows that manage to keep your interest with creative new sonorous and settings each time, making it a very fun show to watch.

In fairness to this list, I decided to pick one Star Trek series that I found to be the best. When it came to the final decision, it was between The Next Generation and Deep Space Nine. While most people pick TNG, I decided to go with DS9. Now the reason I went with DS9 (other than its first two seasons were not nearly as bad as the first two seasons of TNG) is because it does a lot of things that the other two series before and after it didnâ€™t do. It was not about exploration, but rather the Federation defending their part of the galaxy from the Dominion in a very costly war; it makes fun of or rejects a lot of the sillier elements of Star Trek from its society to how the Federation functions and even small things like having the Ferengi not just a jokeâ€¦ sometimes. Itâ€™s differences are what makes this show worthy of being on the list.

Now when this show first started, it felt like a replacement of the X-Files. However, one season two rolled around, it became something different and wonderful. It decided to take a turn that explored parallel timelines/universes and delivers something truly original. I know a lot of people gave up on this show when it first came out (even though it lasted five seasons, there were still a lot of naysayers), but Iâ€™d say give it another try.

This show is an anomaly on so many levels in the good way. It somehow manages to combine extremely funny humor with science fiction and does it not only well, but probably does it the best out of all the science fiction comedies out there. It has witty dialogue, funny slapstick humor and a cast of characters with really great comedic chemistry. However, even though the main driving force of this show is comedy, there are many times when it branches off into something thatâ€™s almost pure sci-fi and makes something truly creative like the Inquisitor which involves a robot that travels through time and judges if a person is worthy of existing. Overall itâ€™s a really well made show that deserves to be on the list. The last time I did this list, Babylon 5 was not even in the top ten, but after re-watching it, I was blown away by it to the point where I felt like it deserved a very high ranking on the list. It takes all these elements from sci-fi and does it really well like political complexity, spiritualism, war, peace and so on. Sure it had a rocky beginning, but it soon bloomed into something truly wonderful.

Canada recently has made some quality entertainment; the best out of all of them hands down is Orphan Black. Itâ€™s a mystery about a woman who turns out is part of a batch of clones and how they all try to piece together there origin and find out who did this. Itâ€™s a very interesting mystery that gets more intriguing as it goes along and the more intriguing it gets, the more tense and thrilling the show becomes, making it a perfect blend of science fiction and suspense.

A classic example of a show that was given the axe way too soon, Firefly is one of Joss Whedons best projects. It has all the classic staples of a Whedon production from a ragtag team of characters that are all well rounded from their perks to their flaws, the writing is amazing and manages to balance comedy/drama and last itâ€™s a very creative universe that is a mix of Western elements in a sci-fi setting which gives it a look all of its own. It only lasted fourteen episodes, but itâ€™s an amazing small ride.

Full of terrific storytelling and none stop adventure, Doctor Who is hands down the greatest Science Fiction show of all time. Now there are many reasons why I think this show is so great (besides the ones Iâ€™ve already mentioned), but I think I can best describe my feelings towards this show with two main points. The first is the main protagonist named the Doctor who is such a dynamic character who can be a hero, a tortured soul, a comedian and at times even showing a darker side. The second point is the main idea itself is so creative because since itâ€™s a time travel show, you can go anywhere at any time which leads to so many possibilities when it comes to storytelling (a tool this show uses extremely well).