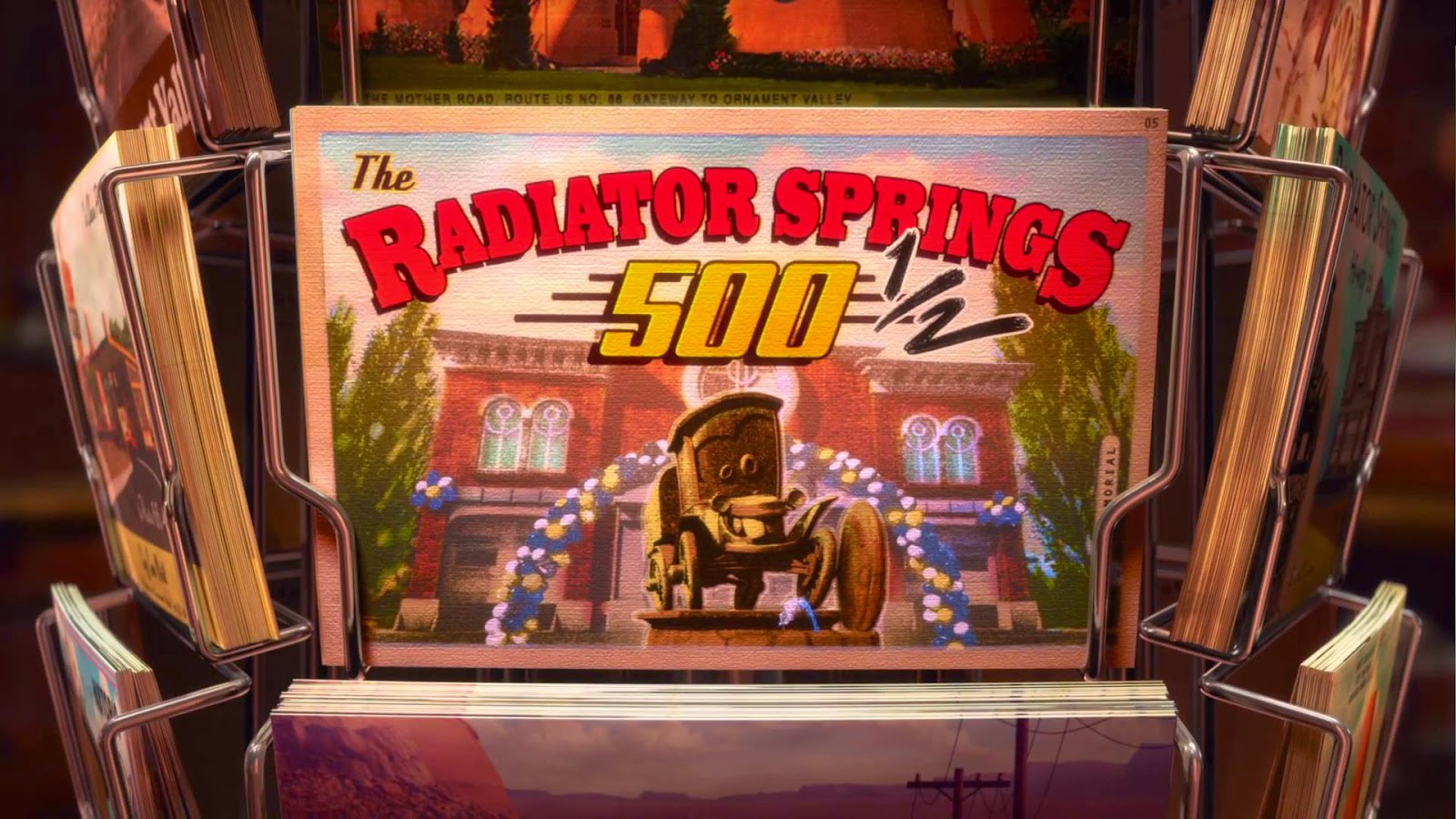 Hello & welcome back to A Look at Disney and yay, I get to go back to Radiator Springs. We’ve established in the past that I love the world of Cars. Cars is my favorite Pixar movie, it was my first full Pixar review, my second retrospective series was Mater Mondays taking a look at all of the Mater’s Tall Tales that had been released up to that point. This page will direct you to those reviews. Now, I know this is an unpopular opinion but I love this film. The second movie never happened, look even as a Cars fan, I can’t defend that movie. However, where the characters truly shine are in the Cars shorts that Pixar has made and earlier this year with the release of the Disney Movies Anywhere App, a new Cars short was released, which was was aired on Disney Channel for the last time, last week and it is now on Disney.com, this is The Radiator Springs 500 1/2.

And this may just be my favorite Cars short.

Radiator Springs is celebrating it’s founder Stanley with plans for a leisurely drive with McQueen filling in the role of Stanley. 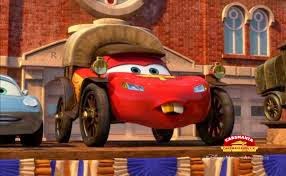 But this leisurely drive turns into a race as some of out of towners show up to challenge McQueen to a race and this is where the short gets good as we get a great compare/contrast between the racers taking the wrong directions and Mater fills in as Stanley and takes the residents of Radiator Springs on the leisurely drive that was promised and we get to see some cool locations including The Enchanted Forest. 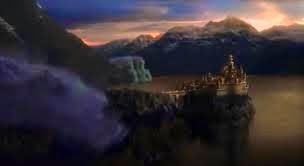 I wish but Cars wouldn’t fit into the world of Once. I Â just love how we get the contrast between the nice and tranquil driving with the Radiator Springs characters and the race gets more intense.

And one of the best parts is how Mater plays a part in being people’s memory in this short including his own and he appears in a thought bubble. 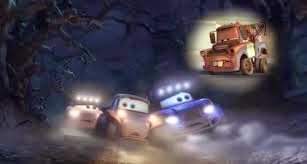 So, the cars on the leisurely drive end up getting back to town before the racers and the racers after taking their treacherous path get the misconception that Stanley was a badass. I just love that their path is filled with so many twists and turns from falling down a hill and landing in cactus, which reminds me of something that happened in the movie. And the short ends with Stanley’s ghost appearing above his statue. 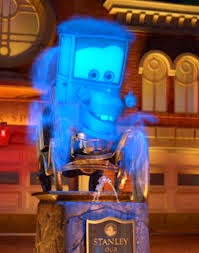 This short is more focused on comedy than character with the compare/contrast between the leisurely drive and the intense race going down the wrong direction. This short is most certainly worth checking out. 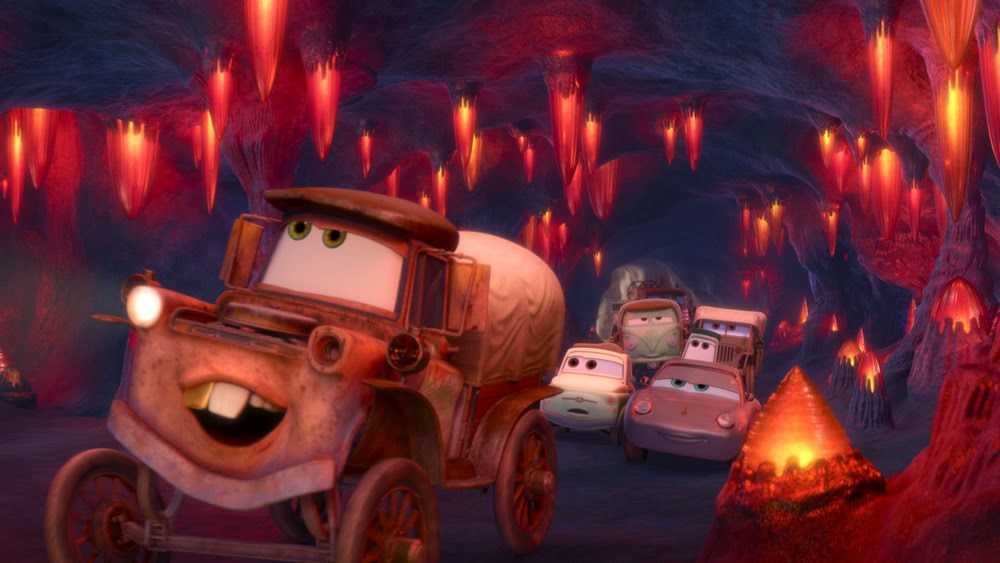 Mater was his fun lovable self with his corny jokes that made him my favorite Pixar character in this short. It was nice to get spend some more time with Mater again.

Okay, this is minor but in all of the Mater’s Tall Tales, Keith Ferguson voiced McQueen and I mean no disrespect to Ferguson as he was good stand-in but when I saw in the credits that Owen Wilson had returned to voice McQueen, I was ecstatic because like Tom Hanks as Woody or John de Lancie as Discord, Owen Wilson is Lighting McQueen and while McQueen didn’t have very many lines, it was just refreshing to have McQueen’s original voice back. It just felt right. 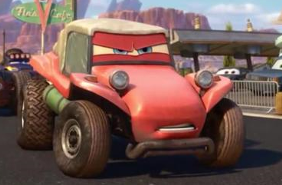 Now, the racers that came to challenge McQueen didn’t really have much of a personality but I’m okay with that in this short as they were just meant to be stock racers and this short is more concerned with comedy. And in that regard, this short uses these characters for a lot of great slapstick.

If you like Cars, this short is so worth a watch. This short was just so much fun and I was more than happy that Owen Wilson came back to voice Lighting for this short. Now again, this short is more concerned with comedy than characters but it is really good with comedy. As a huge Cars fan, I cannot wait to watch this short again. Peace!